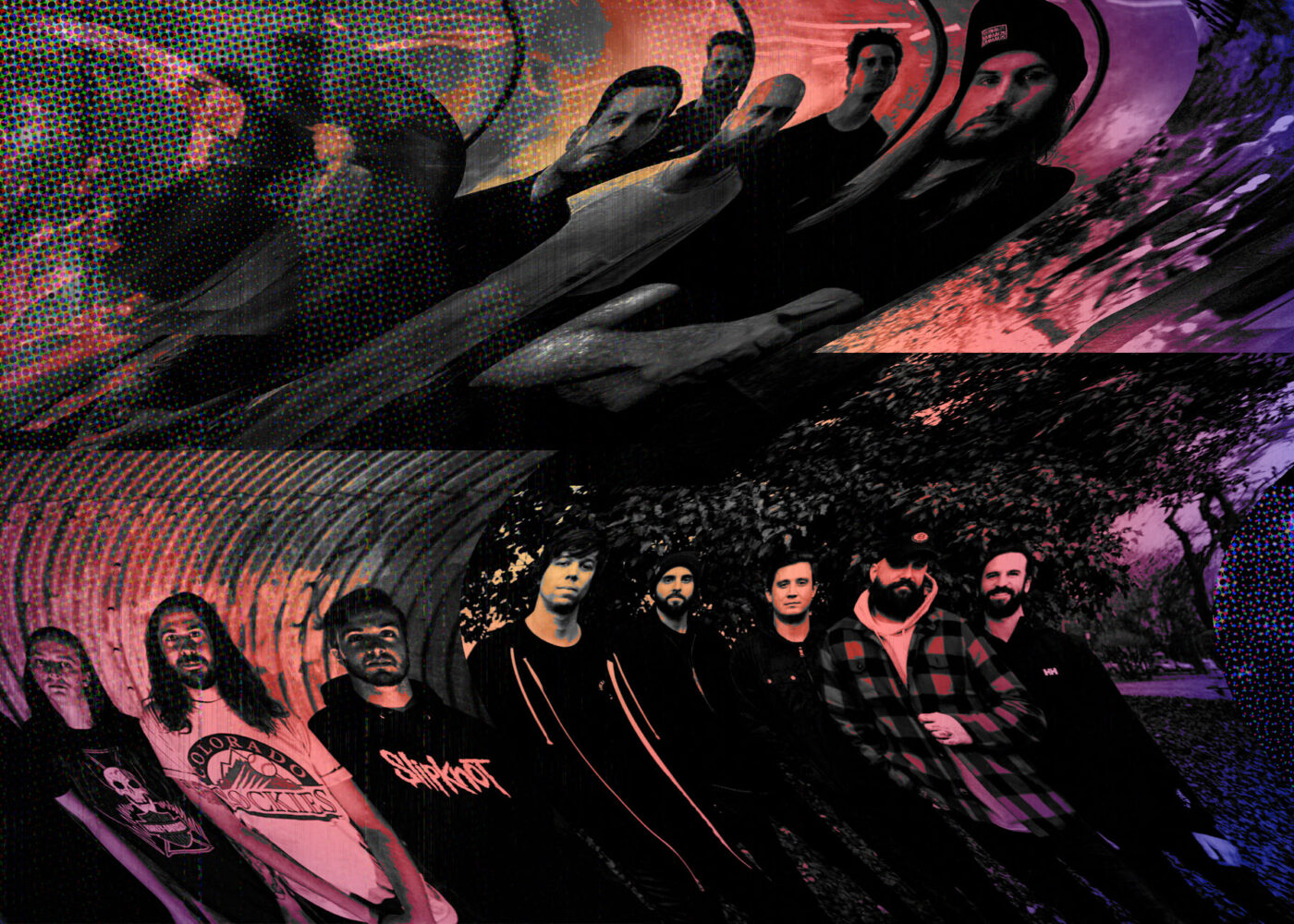 If there’s one primary focus that will define 2020, it won’t be music. It will be the word pandemic. The world stood still for months on end as anxiety crested, humans recessed into homes, and physically going outside began to feel foreign and poisonous. Thankfully, artists thrive when their backs are against the wall, with some of the best music ever created coming as an outpouring of the soul when the deck was stacked.

2020 felt no different. With a never-before-seen mutating human virus; a nation of millions in discontent and unrest; a flood of powerful, sustained protests in the wake of George Floyd’s death; and a climate that is revolting exponentially, the musicians of the world were not in want for motive. As a result, the themes of this year’s best albums were rooted in deliberation, intent, ration, purpose, and reason. In 2020, it’s – dare we say – refreshing to hear albums that candidly represented the sensibilities of a world at odds with itself. After all, what is joy without sorrow? “Now is your time of grief,” the Messiah Jesus once told his disciples during hardship, “but I will see you again and you will rejoice, and no one will take away your joy.”

This year’s resulting music is joyous. Like a mother who goes through the pain of birth only to forget it seconds later when she holds her child, the painful work behind the craft has already been done. And, in 2021, we are hopeful we can exhale and approach the light at the end of the tunnel and enjoy the fruits of the laborious, anxiety-riddled 2020.

Everything All At Once

When Weathered set out to write their follow-up album to 2018’s Stranger Here, they put down the mirror and wrote about the world surrounding them – and anything goes. “It’s been a wake-up call for people to take responsibility for their own lives,” vocalist Justin Hieb said to us about the album, “and everyone should have that moment in their life whether it takes an entire year of disaster or one day.” An appropriate statement for all of us. It’s the perfect start to new beginnings, and a wake-up call to live as fully as we can. – Editors

On this heavy, nu-metal, prog-rock inspired album, German-rooted The Ocean doubles down on their Phanerozoic era, punching out eight monumental tracks that could make Tool jealous. It’s avant-garde, it’s out there, it’s a heavy ambiance – but then again, isn’t that perfect for 2020? – E.

When you think it’s as ramped up as it gets, the dynamics hit harder and the experience takes you deeper proving that Mantric is a band that isn’t afraid to sit in an idea and let the music do its work. – Nao Lewandowski

When the fog of war dissipates, you’d be hard-pressed to find a punk rock album that better encourages resistance without alienating specific groups of listeners. I’m a Wreck is that fist in the air. – Nate Lake

Who We Are: The Head and the Heart

Three years since the band’s last project – RE-IMAG-INNOVA, a remix/reimagining of their 2017 release Innova – they outright pair two smaller projects together on Who We Are. It’s not the heaviest release of 2020 by any stretch, but its pop-rock-techno-tinged anthems and engaging lyricism makes for Fireflight’s best release and one of the catchier of our 2020 standouts. – E.

Taming Tongues is a beautiful, soaring throwback to early-2000s emo rock, a stellar sophomore release after a four-year break. The melodies hit a vein, the guitars move in stereophonic freedom, and Dens’ meticulous and relevant sophomore album shows their masterwork over the concept they set out to create.  – E.

A Line in the Sand

With a clear message of love, unity, and ultimate victory, A Line in the Sand is an anthem of hope and a cry for light in a world built with shadows. American Arson may be just a duo, but their ability for impact doesn’t get short-changed on this debut. – Nao L.

Nothing is Broken for Good

The true artistry of Nothing is Broken for Good is that it doesn’t retract the spirit of lament that drives the band’s first EP, but rather acknowledges what was and forges that truth into a future of hope; in fact, the final swell of the work brings back the riff from track one, but this time, the story is told with a new perspective:

Not every trial ends in failure.
Not every fire burns forever.

Everything in Slow Motion

There is a charming balance between personal lyricism, guitar solos, and heavy riffs that keep you engaged, and that type of beauty truly leaves the experience in the hands of the listener making Influence a powerful catalyst. – Nao L.

After former vocalist Ben English left the band in early 2018, no one knew what would happen to the band’s approach to writing new music. Three years later, with former Aviana vocalist Marcus Vik at the helm, the band delivered on the hype for one of the year’s most anticipated releases. Immersive, gut-punch heavy, and centered on groove, the world Invent, Animate creates on Greyview is full of life and color. – E.

After six years of refining their sound, Ever Eden’s debut EP is a force of outright melodic metalcore, an emotive record filled with hope, lament, and vulnerability. As I was listening for the first time, I couldn’t help but shake the word “haunting” from my mental vocabulary. There’s something about Ever Eden’s music that can resonate so deeply with the human spirit. – Andrew Voigt

Atmospheric unblack outfit Within Thy Wounds establishes a true biome on Forest of Iniquity. Accurate in name, the world is a brooding and deliberate sludge across iced winter landscapes and wet, lush rainforest. Written across six tracks, put it on and disappear to a foreign place as you slide deeper into the hole. – E.

When a band is so comfortable in the music they make, no matter how avant-garde or wild or frayed, they establish roots that take hold of listeners in new ways. Call it enthusiasm, eagerness, or spontaneity, Scogin’s decision to release the handful of songs ’68 was holding in their pocket was extremely timely. With 2020 pumping the brakes in music, Love is Ain’t Dead offers just the right kind of sheer volume and transmittable angst that fans are starved for. – Nao L.

Fury by Failure is a roaring, headbanger of a record sure to please fans of metalcore in a raw, pure, powerful form. The guitars rage in beautiful fury, the vocals are reverberating like Underoath-meets-Soundgarden, and the album artwork is incredible. When I first listened to the music, it hit me like I had just tried to run through a brick wall. – A.V.

The genre-defying quintet released their fifth album this year in collaboration with Ross Robinson, the beast of a producer who defined nu-metal, helming the board for Korn, Limp Bizkit, Slipknot, Machine Head, and Sepultura (among a plethora of others). The result is a sharp, emotion-riddled onslaught that still makes you wonder where they fit in. The good news is they don’t care. Twenty years ago, this album would have been broadcast at full volume across cable television. Now, it finds its home in the bleeding hearts of those that love their dichotomous love-hate approach to noise. Maybe 15 years as a band has allowed them to truly focus their direction – and that’s a great thing for all of us. – E.

The Way It Ends

Only their second album in and this Connecticut-based metalcore act is garnering loads of deserved attention. The djent-meets-metalcore technicality and unwavering beat downs drive home a valiant record that reinforces Currents as an unyielding act with a tentpole release, a flag deeply rooted in the ground. – David Stagg

I Let It In and It Took Everything

I Let In In and It Took Everything is a maniacal truckload of force, a beautiful and chaotic opus, a frenetic, deliberate, and disastrous trouncing of your eardrums. The record, which lets you in slowly with its “Theme,” evolves into a fury of uppercuts, taking everything out of your lungs until it breathes life back into you across its final act. Deafheaven’s fervor and the Deftones’ aural-infused weight met Reflections’ euphonious nihilism, and the world is better for it. – D.S.

The earth has been groaning in pain a lot in the year 2020, where the result of a worldwide pandemic, social unrest, and political drama have colored our screens and conversations. Our world is hurting greatly, and vocalist Jeremy Schaeffer is a bright light in the midst of a dark world. He is the kind heart in a world in need of kind hearts, a Kingdom-minded poet where voices of peace are sparse. – A.V.

In an ever-growing and saturated modern melodic metalcore market, Kingdom of Giants grooved their way to a catchy and confident release with Passenger. It pivots from heavy crunch to lofty melody seamlessly, and the album is an archetypal cornerstone for what the genre can be. – E.

Even the Devil Believes

Even the Devil Believes is easily Stryper’s heaviest album. Any listener paying attention should’ve seen this coming, but it would have been hard to see the onslaught continue (welcomingly) track after track. While this tough-guy formula didn’t get the band to where they are today, it’s nigh impossible to ignore these heavier hooks and be thankful for this seismic earth-shaking heaviness. – Doug Van Pelt

Nothing is for You

Tigerwine is incredibly unique in their indie/pseudo-hardcore brand of music; they are melodic and introspective like many indie rock acts, yet they also ramp up the energy with easycore ballads that sound musically bipolar. – A.V.

Loop of Yesterdays is the best kind of different: the way the tempo rises and falls with no particular pattern, the way the driving force comes and goes throughout each song like when ocean waves keep hitting you, the way you lose track of where you are as you disappear into the music. When it’s all done, you’re beaten and battered, but, standing on the shore, your body demands you do it again. – A.V.

Fit for a King

As a whole, The Path is polished, refined, and heavy in all the ways that count, and their growth suggests that they’re paying attention. They’re listening to the world and to their fans and they’re striving to understand what piece of reality we need to explore next. – Nao L.

An album that popped up on multiple of HM’s Staff Picks for 2020, Ohms is an indulgence of the band’s best qualities. The band’s dissonant, dark musicality paints the perfect backdrop for Chino Moreno’s textbook droning, never-quite-on-key vocals. Ultimately, Ohms is the proud continuation of a 30-year legacy whose myth keeps growing with each release. – E.

As ABR’s eighth full-length album, Guardians is a humble reflection of their past and a ready nod to their future. Also true of the seven albums before it, the release is packed with a timely dose of hope for a world smothered in fear, and that same magnanimous musical artistry reinforces August Burns Red’s place of respect in the inner circle of modern metal. – Nao L.