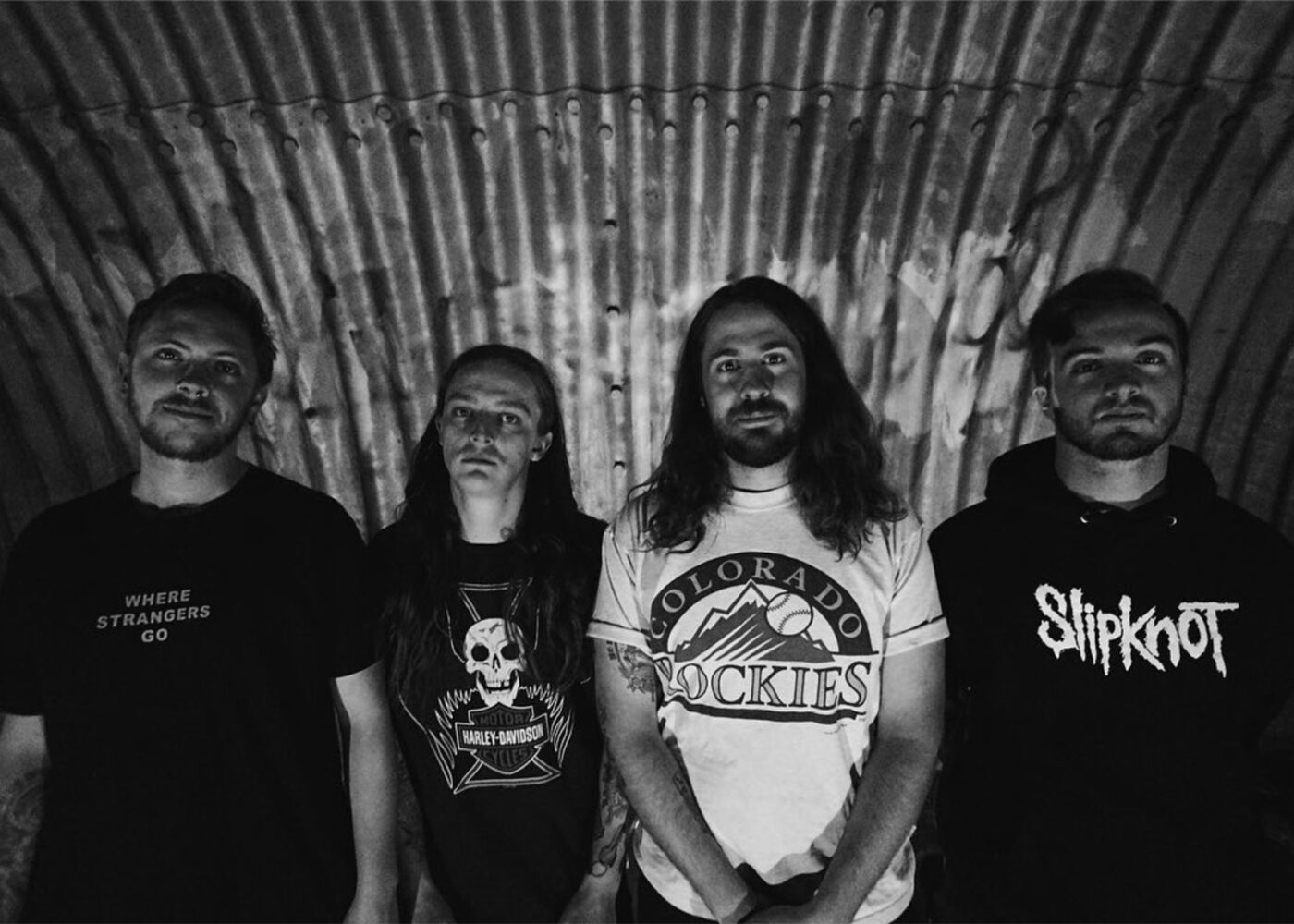 Stumbling upon Tigerwine has been one of the most fortuitous surprise excavations of my 2020 musical journey. If you are unfamiliar with the band, they are one of the more recent signings with Tooth and Nail Records, a label known for finding brilliant artists overlooked by a saturated industry. Tigerwine is incredibly unique in their indie/pseudo-hardcore brand of music; they are melodic and introspective like many indie rock acts, yet they also ramp up the energy with easycore ballads that sound musically bipolar. When I reached out to the band – comprised of Hayden Trobee (lead vocals), Steve Lichtenwalter (guitar), Shane Riley (drummer), and Sean McKnight (bass) – Trobee was quick to respond, the two of us mutually excited to deep dive into a conversation about the bizarre band name, their musical influences, how spirituality has affected the lyrical inspiration, and what quarantine has permitted them to accomplish while staying home.

HM: As a band, you guys first released the Lull EP in 2015, then Die With Your Tongue Out in 2016. After that, you released Nothing Is For You, your first record with Tooth and Nail. First, how did you come up with the name “Tigerwine” for the band?
Trobee: We started out as a three piece and had played in bands in one capacity or another for years. We basically had this little project that we didn’t have a name for. We were playing a show and didn’t have a name. They asked us, “Hey, we need a name for you guys for a flier.” So, we were like, “Uh…” So, there’s a practice where poachers will tie up a tiger and let it starve to death so that they can use its bones to make wine to sell. We had read about that and we were like, “Dude… that’s heavy. That’s crazy.” It ended up being catchy enough. (Editor’s Note: Don’t poach tigers.)

What have you been up to in quarantine during COVID-19?
It’s been Mr. Mom Central over here (with a one-year-old daughter). As far as the band, Steve and I have been writing on the guitar a lot and trying to come up with cool stuff. Outside of the band, I’ve been building a mini ramp (for skateboarding) in my back yard. It’s a dream I’ve had since I was in sixth grade. I make things out of recycled skateboards and paid for the whole mini ramp by just doing that stuff. Also, Steve and I work at a drive-thru coffee joint. Classic touring musician in coffee (laughs). 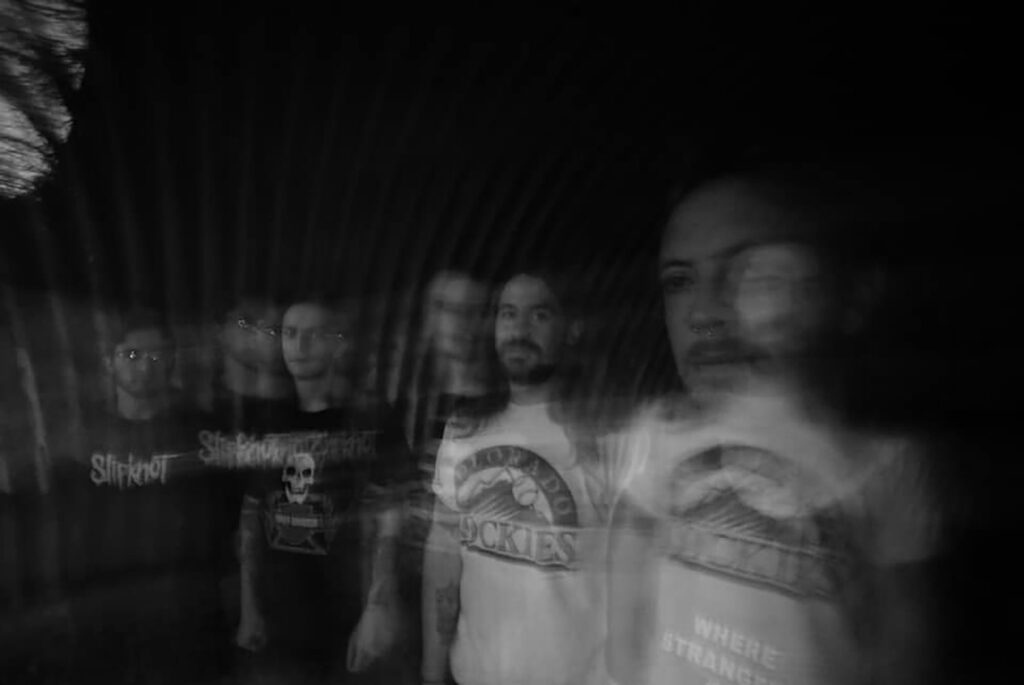 Has the lack of touring been hard on you guys?
Not as hard as some bands that I’ve seen, but we did have a bunch of touring that was locked-in and in talks. We basically had the rest of our year ready to go and it was just like, nope, not gonna happen. There were a few that we had that were Midwest and West Coast. It’s not like some of these bands I’ve seen who had $100,000 worth of expected stuff that’s not going to happen now.

It’s more making an adjustment as far as doing content instead of touring. We’re one of those bands where anything (we do) that’s not making records and touring doesn’t come natural to us and we have to work a little harder at it. Like, how do we shift our focus mentally on trying to come up with cool stuff instead of trying to write sick riffs?

When it comes to your musical style, what artists and bands have influenced you?
It’s a very eclectic group of things. Steve’s favorite band in the world is Converge. It’s so weird how he will write a riff that sounds like it could be in a song from a band like that. Steve is one of the most unreal… The dude writes music that blows my mind. Still. We’ve been playing music for the better part of a decade, and he still comes up with things that I don’t understand how he could get there.

When I was young, my two favorite bands were Relient K and Underoath, which is hilarious (laughs). I like to think I have a lot of that influence from those catchy Relient K vocals in my pocket. We’re also super into indie rock and straight-up rock and roll stuff. My favorite current band is Colour Revolt. They’re unreal.

“We’re one of those bands where anything (we do) that’s not making records and touring doesn’t come natural to us and we have to work a little harder at it. Like, how do we shift our focus mentally on trying to come up with cool stuff instead of trying to write sick riffs?”

With touring being indefinitely on hold and bands being impacted financially because of it, how can Tigerwine fans best support you?
Spotify rules. That always helps everything for a band to save their record or play their songs or watch the videos on YouTube. Also, we have our Cash App links to our Spotify if anyone feels compelled to make a donation. Those donations go straight to band payments, paying for merch, or all kinds of stuff that are always going to be costing us money. We also have been doing some pre-order merch stuff, which always helps when people buy that.

Are you and Steve the primary songwriters?
I do almost all the vocals and then Steve is the mastermind of all the instrumental composition. He has this ability to know what he wants to happen and what he wants stuff to feel like. He’s so well acquainted with what he wants to happen. We all get the opportunity to do these fun little flair things and he takes it in stride and is like, “Cool, that’s awesome. It’s still accomplishing what I wanted to accomplish.”

How does spirituality play into the band and your musical inspiration?
That’s an awesome question. I think it’s been different every time. On our first EP, I think I was really learning how to write. That was very educational, so a lot of those are weird things I don’t think anymore. Then there were other parts of it, like the song “Sharp Elbows.” My parents have been pastors my whole life, and my dad’s been a worship pastor forever. They were working with this big church and they started feeling like they wanted to move on to do their own ministry thing. What this church basically took that as was a threat, and they called them both into the offices and were like, “It’s your last day. You’re done.” They lost their jobs at once. My dad went to a Bible college in Sydney, Australia, and we came out here (Colorado) because my dad got a job out here. Through working in churches and ministry, they were able to do this thing where they had a house built and, that year, we lost it. This was when I was in ninth grade. One of the songs is about that.

On Die With Your Tongue Out, when I was younger, I was super into My Chemical Romance. The Black Parade was the first concept record I had ever heard. That has always stuck with me, where every track is within a similar concept. I think that’s really cool. The term Die With Your Tongue Out is my dad’s. When my brother and I would fight, he’d be like, “Well, one of you can make a move and resolve this thing, or you can both just stand there with your tongues sticking out at each other until you’re dead.” I basically did a thing where I tried to try to see both sides of everything I wrote about.

A good example is the song “Nosebleed.” It’s about how my grandma would say, “If you try to get on that person’s level, you’ll get a nosebleed.” The whole premise was that I tried to look at friends who had Christian beliefs and then (gave them up). Then the opposite: I looked at people who had not grown up that way and then did the faith thing when they were adults. Those people then looked at all the people they knew who didn’t believe, and they were like, “What are you doing?” It’s like, well, you were just on that road, as well. How can you turn around and immediately be like, that person’s wrong when you were just that person? At the end of the song, I talk about, “I’ll keep your place if you keep mine,” because you never know when I could jump back there.

I was raised Christian and in an evangelical home. I think certainty is not my friend. I want to always be learning. If I find something out and someone tries to help me figure something out and my mind’s closed to it, then I might miss out on something that changes everything for me. I don’t ever want to be oblivious to that. Every song on Die With Your Tongue Out goes in that direction. My intentions were really wanting to empathize with people and institutions who didn’t try (to empathize) with me.

The new record, Nothing is for You, is kind of a protest. I wanted to write about whatever I felt like. I basically anti-themed. The song “Nothing is for You,” Steve wrote the lyrics to that song. The song “Anteroom” was about a book that really moved me and that’s all (laughs). The song “Black Water” is about a book, as well. The song “Scarecrow” was written when I was really upset about a certain pundit saying something that wasn’t true.

(The album) is about how I came up thinking that “whatever I think is right and true always, and people who think the opposite are either evil or dumb,” coming of age and realizing that a lot of that stuff I was raised thinking… Through touring and becoming close with those very people I was taught to be afraid of, I realized how untrue it all is. So, yeah, some of the songs on the record are deep and some of the songs are about a book that I liked (laughs).

Tigerwine was posted on September 24, 2020 for HM Magazine and authored by Andrew Voigt.