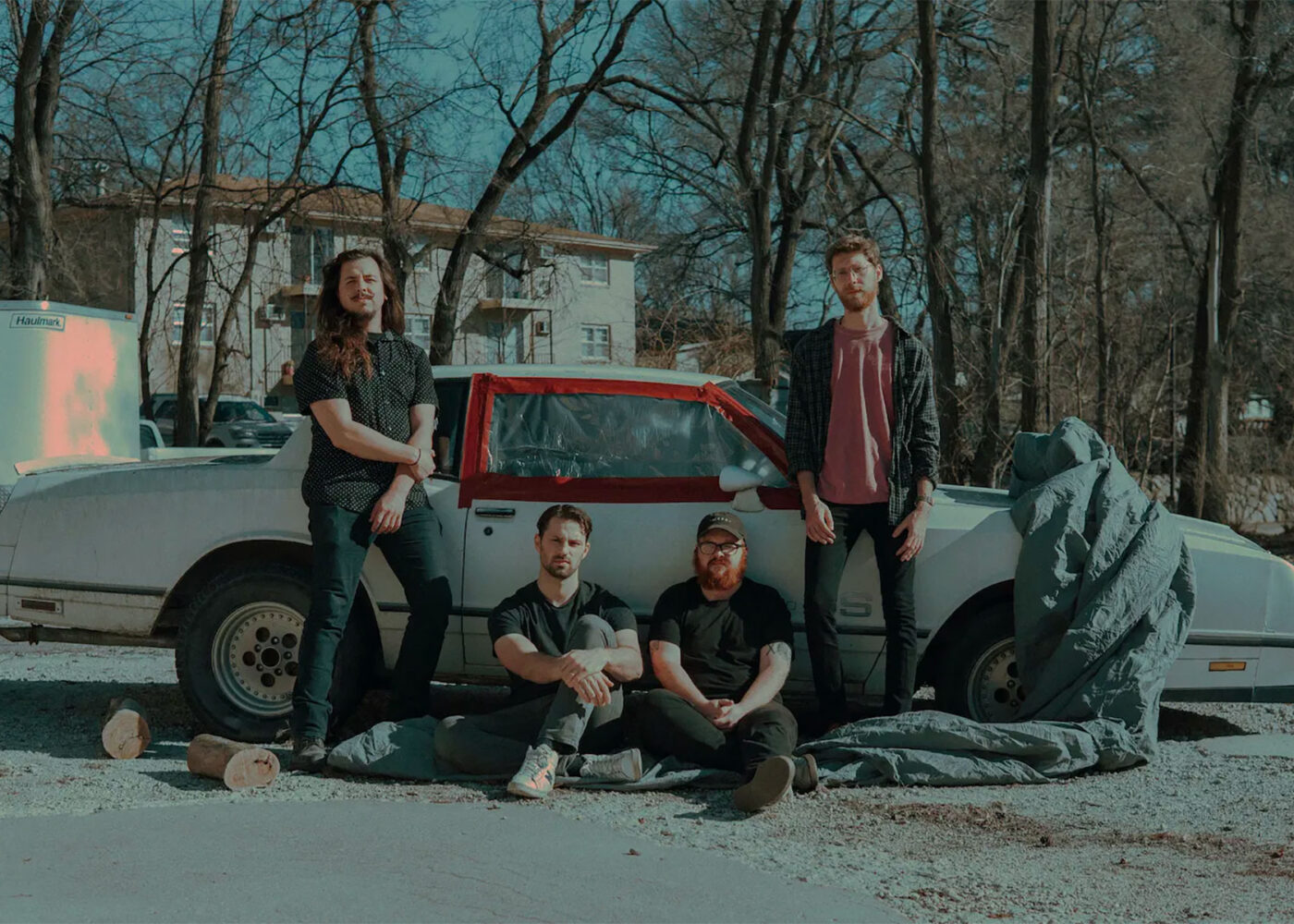 We live in a complicated existence. It’s an independent one, one completely different from the person next to us, so we can learn more about ourselves by sharing in our successes and learning from those who have lived before us. It’s how we relate to, learn from and draw inspiration from others, and it is all rooted in the language spoken across all mediums of the artistic world: storytelling. On their first record, Stranger Here, the Minneapolis-based Weathered laid bare their personal lives through their stories, giving us a front-row seat to a myriad of emotions, journeying through forgiveness, isolation, fear, and blame.

Now, it only makes sense to turn their focus outward and explore the world that affects those emotions.

When I talked to vocalist Justin Hieb, he tells me that focus would become the collection of stories that led to the band’s sophomore album, Everything All at Once. It’s not only a collection of deeply personal events as told to him by those he’s close to, but each track has a completely unique sonic fingerprint. It’s a bold shift but one that reflects what years of growth, friendship, and life sound represent. Everything All at Once is eponymous in its nature, and it’s precisely what they needed to forge on. Here, I speak with Hieb about turning the mirror around to tell the stories of those around you, the impact we can have on others in everyday conversation, and the person best fit to tell their story – as a voice over.

HM: I was reading in your press material that the process for creating the content was super different (for this album) because it’s based on stories about other people. Why did you guys decide to do that?
Justin Hieb: Stranger Here felt like it was all about me, kind of. I was writing about myself, my childhood, my experiences. Not that I didn’t like that, but, coming out of it, I didn’t want to write about myself and wanted to do something different. You can only cut yourself open so many times and let that spill out.

I was listening to a podcast with Aaron Weiss who’s the vocalist from MeWithoutYou and he was talking about how (they’re) nine albums in and running out of ways say what they’ve already said. It’s kind of the same deal: I wanted to write about something different for once. I enjoy talking to people and hearing their stories, so it’s easy to feel inspired.

How did you decide whose stories to tell? Was it things that struck you as interesting?
When I had a conversation with somebody and, immediately afterward, I was coming up with lyrics or ideas, I went with that. I don’t think any of these songs were written all in one swoop or about the same person. It was like, this was a really good conversation I had with this person, it’s provoking a lot of thought, so I’m going to vomit as much stuff as I can on the page and pick out the best stuff.

With the pandemic, lockdown, social distancing? All that has kind of reinforced for me how important it is to have that connection with people. It’s a very human thing that we need.

That makes me think about how we have a lot more significant of an impact on people than we think we do. You might think you’re having a conversation with a friend or even an acquaintance, but that story you told them might have inspired them to write a song or change their life – even in some really minute way. We’re all so interconnected.
There’s a couple of songs on here that, although they’re not about me, they’re still very personal to me and to those people. When you’re being honest and genuine with people and that is recognized mutually, it’s a really powerful thing. With the pandemic, lockdown, social distancing? All that has kind of reinforced for me how important it is to have that connection with people. It’s a very human thing that we need.

Absolutely. One thing that really got me thinking was the fact that you guys started as super DIY; that’s where your roots are, that’s where you rose up from. I’ve noticed that the DIY scene is diehard and once they’re with you, they’re with you forever.
Yeah, we definitely experienced that – coming from the Midwest, especially. The Midwest already had a culture of family and togetherness, so add a DIY band and a local music scene into the mix and there’s a lot of crossover. 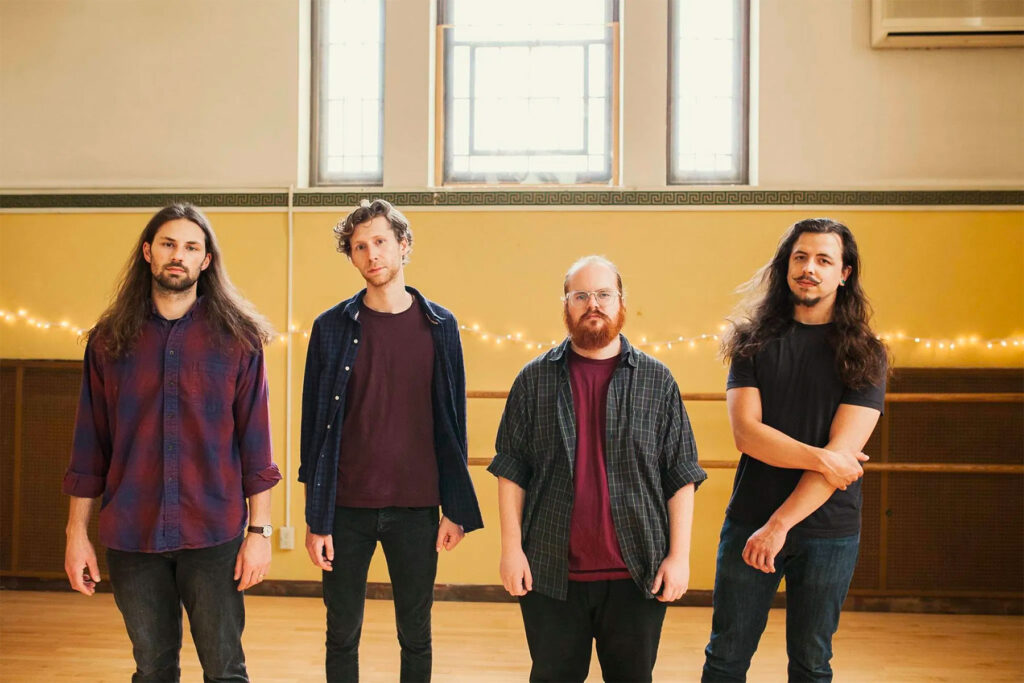 What would you like people to know about Everything All at Once?
I think it’s safe to say that there are no two songs that are like each other on this record. It’s a mixed bag. We went into it saying we’ll write whatever we want to write, we’re not going to try to confine ourselves to a certain genre or any sort of box; if a song is good, we’re going to record it. I think that there’s something for everybody. I’m not sure if there’s going to be people out there that like the entire record. I hope there are, but I’m pretty confident that almost anyone will find at least one song they’ll like on it.

That’s the nature of our band. We want to write stuff we’re proud of, stuff we think is good, and stuff we would want to hear. It’s cool to have a label (Facedown Records) to back us in doing that. It’s not that we don’t care about people that like our music, but we’ve put that out of our brains. If we want to be true to ourselves and genuine, then we have to write what we want to write and put out our best thing.

I have a weird question for you. This album is about you telling other people’s stories that impacted you, and your last album was largely your own stories that you were telling. But if there were to be one untold story about your life, who would you want to tell it? Whether it was a band, spoken word artist, or even, like, a voiceover.
I’ve thought about this a lot – having a biopic for the band would be really cool. In my mind, it’s, like, a comedy so it’d be cool to have Judd Apatow do an eight-part HBO series. I feel like there would be a lot of dark humor.

What would you call it?
Ah man, I don’t know. I’m looking at the name of our record right now, Everything All at Once; that would definitely fit it well. A year ago I was having a conversation with our drummer Alec (Panchyshyn) about how, since our band has started, we have three different timelines going on. We’ve got the band timeline, like writing and touring and all that. Then we’ve got the relationship timeline, like people that we’ve dated or our bandmate John (Bumhoffer) getting married. And our job timeline I think was the other one. All of those are running at the same time, but we just don’t think about it like that.

Yeah, that’s a lot of life to be doing all at once! I have one last question for you. It’s impossible not to talk about this year because it has been everything. A lot of people are looking at it negatively because it’s been a challenge in so many ways. I think that there’s been a little bit of good here and there, like releasing your album – that’s a great thing. Twenty years down the road, it’s 2040, you’re talking to somebody from a younger generation who hasn’t heard much about 2020 and didn’t live through it. How would you tell the story of this year?
I’m trying to be optimistic about it because it’d be really easy not to. (I’d say) that there was one thing after another, and it was all really bad. Not just that there are a lot of bad things, but it’s also hard to trust in any institution to have your back. It’s been a wake-up call for people to take responsibility for their own lives, and everyone should have that moment in their life, probably, whether it takes an entire year of disaster or one day. We all need something that tells us we’ve got to take responsibility for our own lives here.

Weathered was posted on December 11, 2020 for HM Magazine and authored by Danielle Martin.