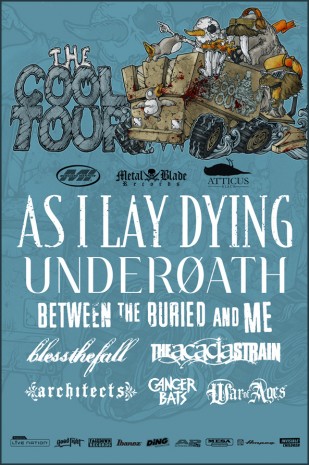 Amidst another summer heat wave in Atlanta, The Cool Tour featuring As I Lay Dying came steaming through.  Once inside the beautiful 100-year-old church turned music venue , there was nothing cool about this tour.  With supporting acts Underoath, Between the Buried and Me, Blessthefall, The Acacia Strain, Architects, Cancer Bats, and War of Ages this was sure to be the hottest tour of the summer.

War of Ages was given the duty to kick things off and boy did they ever.  While waiting for WOA to take the stage I overheard a couple kids sarcastically, with a hint of disappointment, labeling WOA as a Killswitch Engage cover band.  Halfway through the opening song, “Through The Flames,”  they were pleasantly surprised.  Although WOA was stuck with a 5 song set, vocalist Leroy Hamp hammered through songs “Desire,” “Indecision,” “Stand Your Ground” and personal favorite “All Consuming Fire.”  Hamp’s hardcore roots show as he invites the crowd to jump in rhythm with him,  sharing the mic and bringing the raw and personal energy you expect at a local hardcore show. WOA killed it. Best opening band I’ve seen to date.. I had the pleasure to interview Leroy after their set which caused me to miss Cancer Bats, Architects and The Acacia Strain.

I arrived back during the first song of Blessthefall.  I’ll be honest in saying, I’ve never really given this band a serious listen. Seeing the sheer number of fans singing along and reactions to each breakdown made me realized, I’ve been missing out on something special.  Excellent energy throughout their set.  Blessthefall has a new fan in me.

Between the Buried and Me was next.  I can’t sit here and tell you in words the sheer talent that this band has.  I was hooked up with a press pass from HM that allowed me to get front and center for photos, and I would catch myself just watching in amazement with my camera by my side.  BTBAM played a super-tight and highly-technical set as they covered an impressive catalog of songs that panned over their last three releases including the show stopper, “Selkies.”   Next time these guys come through your town, pay them a visit, you wont be disappointed.

The disappointment for the night for me was Underoath. With the huge and shocking news in April of the departure Aaron Gillespie, it was difficult for me to imagine how Underoath would be Underoath with such a vital part no longer there.  Tim has taken over the duties of clean vocals and he struggled tonight.  Ex-Norma Jean drummer Daniel Davison, replacing Aaron, didn’t do it for me either.  No disrespect to Davison but he just lacks the Gillespie vibe. On top of all that, I feel UO shows are extremely over-produced to the point where it pulls your attention away from the actuall music while you try not to fall into a strobe light induced seizure and make sense of each video playing overhead.  Underoath played a new song but it’s hard for me to give an approve or disapprove until I hear the studio version.  UO has a huge hurdle to leap and I’ll keep my ears open until I make my final decision.

Headliner As I Lay Dying  proved why they deserved that spot.  These guys know how to put on a show and seem to get better every time I see them.  Tim Lambesis stage presence is among the best in music.  When he asked for a circle pit easily 200+ kids gave into his request.  Even three 45 year old men next to me dressed in business slacks and button up dress shirts joined in.   In true headliner style Jordan Mancino provided us with a rather impressive drum solo that kept the energy level high.  After thrashing through 12 songs with no encore I was left wanting more.  But, I then started to look back on the evening of so much great music and I was satisfied and boy was it hot. 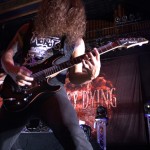 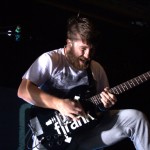 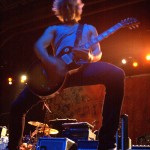 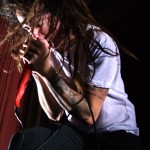 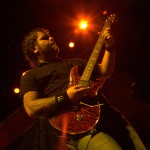 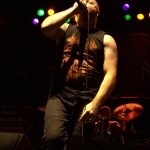 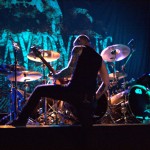