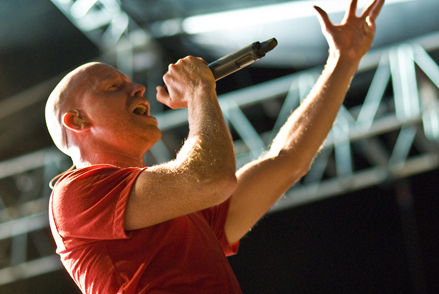 I have been attending the Purple Door music festival in Pennsylvania since before many of this year’s attendees were born. The event is now in its sixteenth year. And I clearly remember when the fest was last held at the Lebanon Valley Expo and Fairgrounds in 2000. The festival had outgrown the original venue at a local Christian high school, and moved the following year to a ski mountain where it remained until last year. 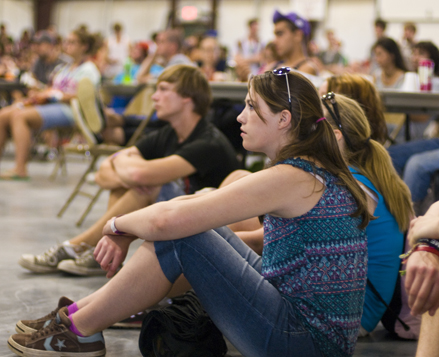 So when I arrived at the new/old location this year, I couldn’t help but to compare. For one, more stages have emerged over the years. The main stage has always offered a mix of various alternative and indie rock from the Christian scene. Additional stages have evolved over the years, with a myriad of music styles perhaps in part defined by the sponsor. Yet each year one stage is set aside for the heavier music. This year, bands like The Chariot and local-turned-national favorites Texas in July were included. 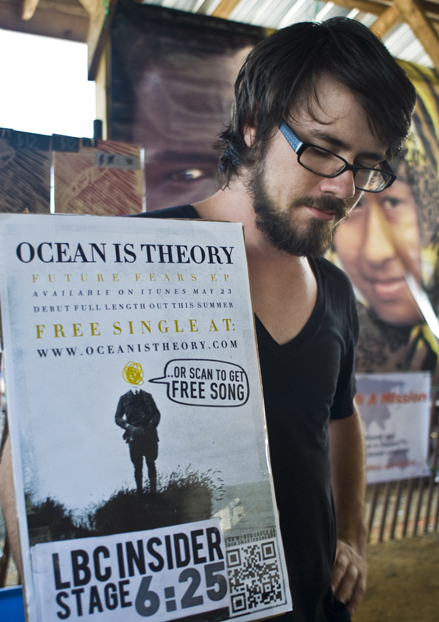 In 2000, as I recall, only one stage was inside and the indoor crowd was smaller than this year. With not as many outside locations available without the competition of sound, this year found two stages inside, which proved to be useful later in the day on Saturday as the weather went from sunny to cloudy to stormy. Project 86 was scheduled to perform on the main stage in the evening, but the decision was made to move inside after thunderstorms had rolled through. Underoath followed and would have closed the event, but Disciple encountered a longer travel time that day than expected and as a result was moved to a later time slot on the other indoor stage.  Ultimately, Disciple closed this year’s event. 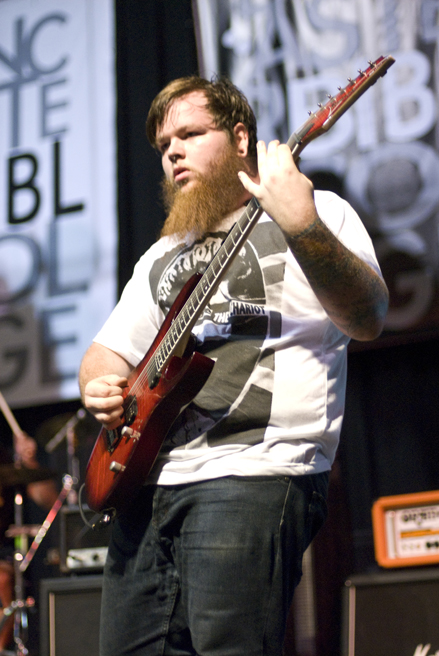 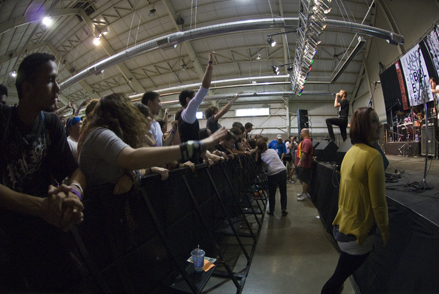 It was actually a bit strange to see some of these bands inside, as my main experience with their show has been outside. But I remembered after all that most of the year shows do indeed take place inside. As I drove home on Saturday, hearing the report of a stage collapse due to a sudden storm at the Indiana State Fair, the news made me appreciate more when outdoor shows are cancelled or rescheduled due to weather events. 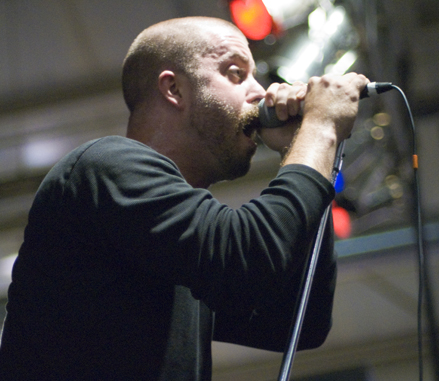 Back in 2000, my main exposure to new music in alt-rock Christian music was often at music festivals. Back then, I barely knew any tune coming from Project 86. This year I sang along to most of the songs. Times have changed; first with faster internet speeds, and now with much more opportunity on the web to listen to music. (Does anyone remember Myspace?) While less folks are listening to the radio, I am thankful for an online outlet from a radio station local to Columbus, Ohio that takes the trek to Purple Door each year – RadioU. In fact, I first became aware of RadioU when they sponsored the staff shirts in 2000. It was not until a few years later upon a faster internet connection (and now from an app on my phone) that RadioU became more of a staple in my life. 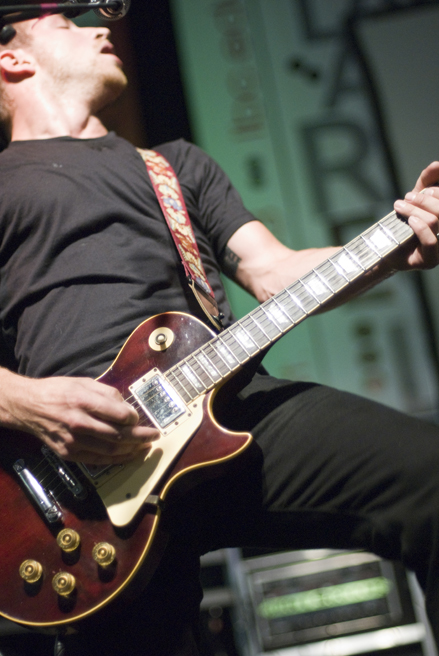 Though seeing a band live after only hearing the recordings can instantly transfer a person to become a fan. It was nice to finally see Mike Mains and the Branches live, as I have read many a Facebook status update about their shows. And it is always great to catch some of my favorites like Red and House of Heroes. This year seemed to include more local and regional bands as well. 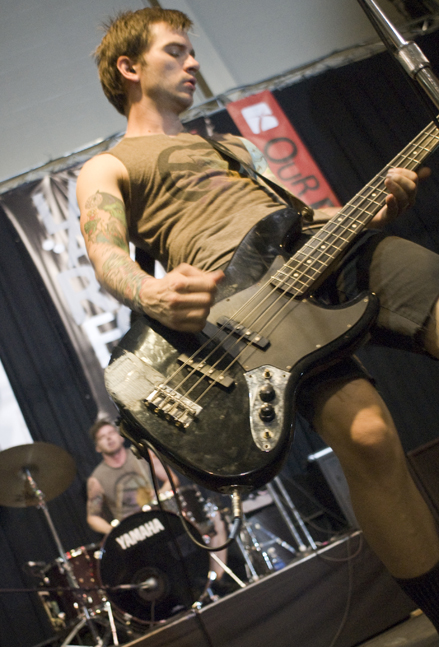 The merch areas generally grow as each year goes by. Perhaps this is due to an increased amount of festival attendees.  And of course, each band requires space to sell their wares – more bands equal more space. While at the ski mountain in recent years, the merch area was in the ski lodge. Let me remind you that when people ski, there is no need for air-conditioning. Needless to say, I often did not stick around inside that building. This year was roomier, airier, and was still under-cover in what might be a place for live-stock at a county fair. (Some have doubts as to whether or not this was better than a ski lodge.) 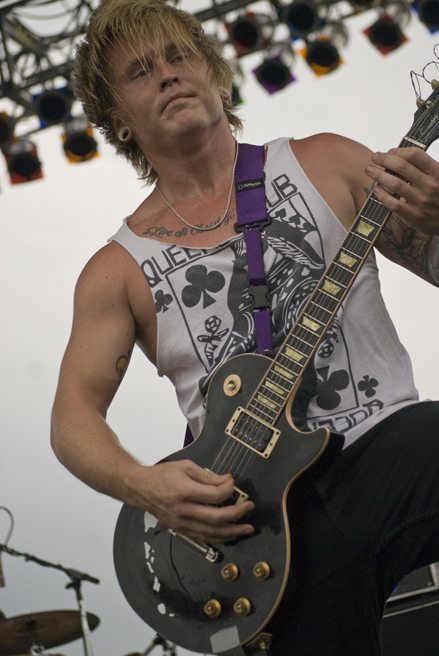 The merch area is the typical place where one might be able to meet the bands, who often come to their booths for signings and to chat with friends and fans. But what really struck me was the amount of causes that filled the tables. Sure, some causes have made it into the festival circuit for a few years now. Yet I can say this year I gained more exposure to all sorts of new-to-me causes. This appears to be the trend for younger generations who respond by regularly supporting or simply buying a t-shirt or hoodie (or starting their own ministry). What used to be tables of stuff to buy has become more spending money to affect people locally, nationally, and around the world. 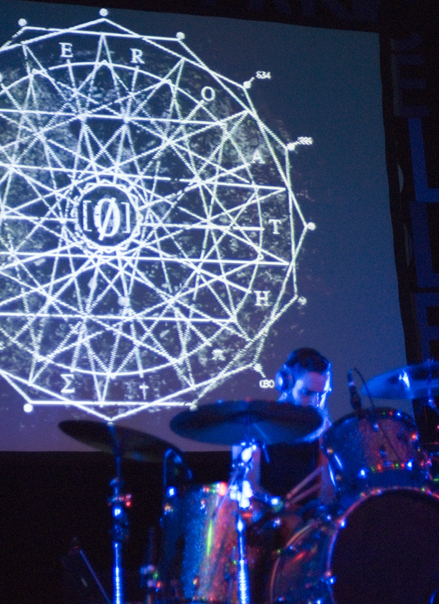 All the more reason to put Purple Door into my schedule for next year.