Galactic Cowboys: The One That Got Away 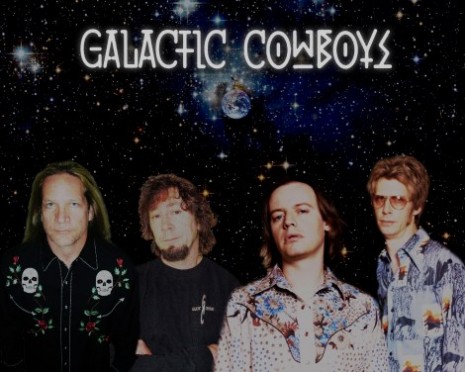 When I converted to Christianity it became apparent that I could not reconcile my faith in God with my musical listening tendencies.  I soon found myself sorting through my compact disc collection and discarding those which I deemed incompatible with my Christian worldview.  With the exception of a few U2 albums, my complete collection, predominantly comprised of high profile hard rock selections from the eighties and nineties, had been completely purged.

I eventually discovered the Christian rock scene and uncovered a few hidden (at least from me) gems that helped fill my hard rock void.  However, for the most part I was disappointed with what I perceived to be a lack of musical, lyrical and surprisingly spiritual depth in this music I had been exploring.

It wasn’t till I rediscovered a dusty old misplaced cassette tape that my interest in music started to become fully renewed.  The name of that tape, ‘Faith Hope Love’ by King’ X.

When it was first released I didn’t really get it.  The music was heavy, but it was weird.  It just didn’t fully register with me…..too artsy, too melodic, too ambitious.

And the lyrics?  The words spoke of spiritual struggles and transcending love with an eye towards eternal redemption.  Definitely a far cry from the party anthems and calls to rebellion, which were the standard lyrical themes that I associated with the hard rock genre.

To their credit, King’s X did receive a fair amount of notoriety over the years and have been hailed as a major influence on the likes of pearl jam, alice in chains, and the whole grunge movement of the early nineties.  As I searched through their rich catalog I came across another group, Galactic Cowboys (never heard of them? neither had I) who had also emerged from the small yet noteworthy Christian metal scene along with King’s X in the early nineties.

I immediately got my hands on their first two major label releases.  It was evident, to me anyway, that Galactic Cowboys were a band destined for greatness.  Unfortunately their promise was derailed before the train even left the station when after being signed to Geffen they were immediately tossed aside as label mates Nirvana exploded onto the rock scene.  The future course of these two promising young bands would forever be altered.  Nirvana’s emergence transformed the musical landscape even though the band prematurely imploded while the Cowboys, despite their unique and intriguing blend of styles, quickly faded away into obscurity.

We all know about Nirvana….rebellious, cynical, raw, angry and unpredictable.  While Galactic Cowboys, although similar in terms of hooks, melodies and harmonies were polished, disciplined, witty and colorful.  The Cowboys hard rock aggression were a nod to the mighty thrash of Metallica rather than the stripped down simplicity of the punk movement (despite the fact that bassist and primary songwriter Monty Colvin is the cousin of the late bassist and primary songwriter Douglas Colvin a.k.a. “De De Ramone” whose band was an early forerunner of Nirvana).

Galactic Cowboys were not a Christian band (although maybe they would have met with greater success if they were marketed thus) but a band full of Christians who were not afraid to wave the flag for Christian morality.  Heck, this is a band that recorded three candid, unapologetic anti-abortion songs (two released as singles) for their first two albums with Geffen.  The diverse lyrical themes of their music covered a vast array of social and spiritual topics including poverty, isolation, hard-heartedness and environmental protection against the likes of Exxon Valdez.  The band could have and should have been huge.  They are a criminally overlooked band that blended the layered-harmonies and melodies of classic Chicago with the bone crushing riffs of old school Metallica.  In one song they can go from rocking your face off to seducing you with a sweet harmony or heartfelt lyric while thinking nothing of integrating acoustic guitars or blues harp into a musical mix grounded in heavy metal.

On their last album, 2000’s unpromoted ‘Let It Go’ the group expanded its social commentaries to include the loss of innocence, teen angst, the gun culture and the glorification of violence in the media.  And on this release more than any other the band was not afraid to express their dependency on Jesus Christ to get through this life and remain grounded in eternal truths over temporal riches that ultimately fade.  Unfortunately the Cowboys did fade immediately following this release and despite a few reunion shows in 2009 have remained inactive and relatively unknown.

Do yourself a favor and check out this great band!  A band of great promise………the one that got away! 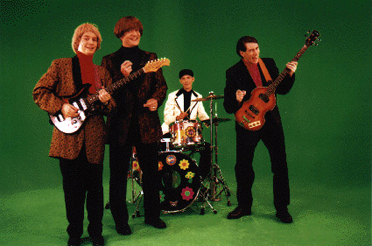