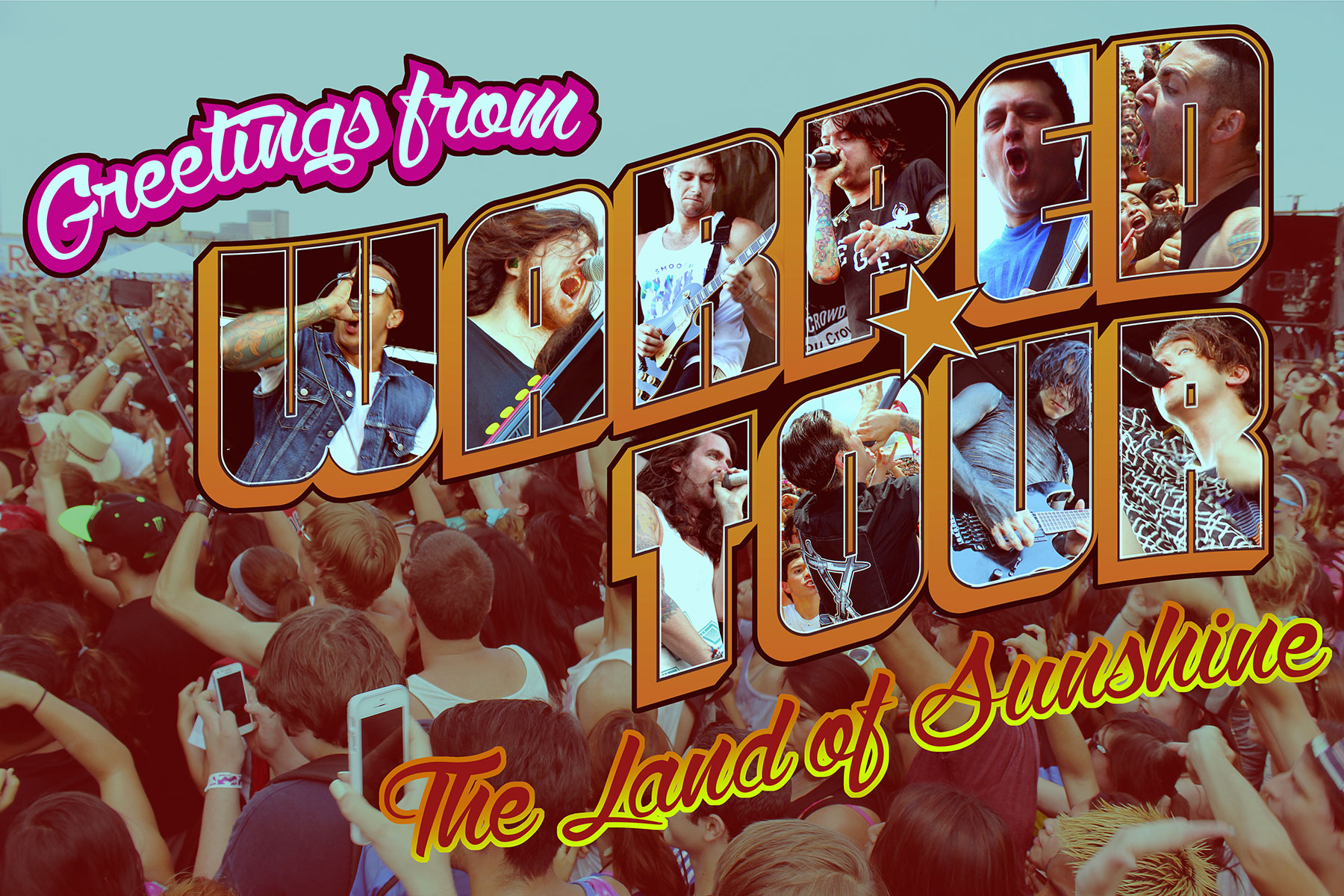 My first memory of Warped Tour was when I covered it for this magazine as an intern over 10 years ago. We worked in Austin at the time, so I had to come back home to Houston to cover it. I remember it getting rainy and my buddies smoking, like, 12 cigarettes at once because we were in college and things like smoking 12 cigarettes at once instead of letting them get wet makes sense. Even after all these years, walking the festival grounds still feels like summer and not just because it’s hot. The genres have morphed and the stage names have changed (some of them!), but every year like clockwork, Kevin Lyman and his crew suit up and trek off for one of the longest tours all year. And every year, we’ll be right behind them.

In honor of one of the strongest, longest-running festivals around, we asked all the artists the same thing:

What was your favorite summer music memory?

The Ghost Inside
Vocalist

My personal favorite memory of going to summer festivals was seeing Less Than Jake. I remember being a kid and watching them for the first time. I wanted to get involved but I was too scared of singing or moving around or anything. Then they called for a circle pit. It not only went around the sound guy in the pit, it was in an amphitheater, and the pit went out of the amphitheater. I got in. My first time ever being in a pit and I went all the way around. The song ended before we got back, that’s how big the pit was. I remember thinking, “This is the coolest ever. I’m running in a circle, bumping people.” I was a scared little kid, but it was fun. I’m glad I got in.

The Story So Far
Bassist

I didn’t really go to Warped Tour (as an attendee) until we had friends in bands. Set Your Goals is from our area and they were on it, so we were going to go support those dudes. That year, I accidentally snuck into the tour. I probably shouldn’t say this on the record, but it was at Mountainview, which has a big, sloping-type entrance. I walked down the hill to meet up with my friends, who were where the buses were. I accidentally ended up walking into the festival with no one stopping me. I went and got a wristband and they gave me two tickets, so I went and sold the tickets. The band put me on their guest list and I ended up making $40. I was with my brothers and it was cool because I could buy their shirts. I actually made money off of going to the festival. I beat the system.

The first year I went to Warped Tour was 2002. It was the first summer music festival thing I’d ever been to. I was 15 years old. I went with a bunch of my friends to Jacksonville, Florida. It was a three-hour drive from (Tallahassee).

The circumstances are crazy. I had had lung surgery three weeks earlier, and I was just barely well enough to go. New Found Glory was one of the last bands to play, and they were one of the bands we were the most excited to see. We went to watch them and I wanted to get up close, but I was worried about getting knocked around and stuff. But when we got up close, all my friends made a circle around me to keep me safe so we could all get up there and watch. It was just incredible.

My first concert was actually at the Delmar Fair, in San Diego. We saw Switchfoot there. They’re my favorite band. They’ve been my favorite band, pretty much forever. It is, actually, all of our first concerts. I’ve actually only seen them twice. I’m always on tour when they’re on tour. It sucks.

My favorite memory of Warped Tour was when I bleached my head, the 1999 Warped Tour, the year Deftones played and MxPx. I bleached my hair the morning of and was psyched and waited in line all day long and hung out and did everything, never once got water or anything. I got home, went to bed, and I woke up in the morning and had breakfast. My mother was like, “You have bloody lesions on your head.” My hair was white. I didn’t even know; I just went to bed. We ended up having to go to the doctor. He had to shave my head and get an ointment. I literally don’t ever remember being mad about it once.

One of the craziest memories for me at Warped Tour is actually a very fond memory of mine. I think it was 2010. I was playing with Attack! Attack! and it was our first show after we just put a new record out. We didn’t really know what to expect. I know it’s incredibly simple, but getting up there and seeing all these people supporting your music is insane. I put so much effort into the records I make. I put a lot of work and time into that record, as well. It was so surreal and unbelievable. You dream about this stuff when you’re kid. You don’t think it will ever actually happen.

Now, this is the second time I’m doing it. I still can’t wrap my head around it. It’s insane.

Warped Tour, to me, was the one part of the year I looked forward to. I remember this was back in New Found Glory days. Good Charlotte was on that year. Finch was on that year, Further Seems Forever, Thursday. It was actually my school shopping, for the most part. For all my shirts and everything, I would go there with as much money as I could. If you were going to get me school clothes, mom, just give me the money and I’ll buy the shirts.

Warped Memories was posted on July 26, 2014 for HM Magazine and authored by David Stagg.