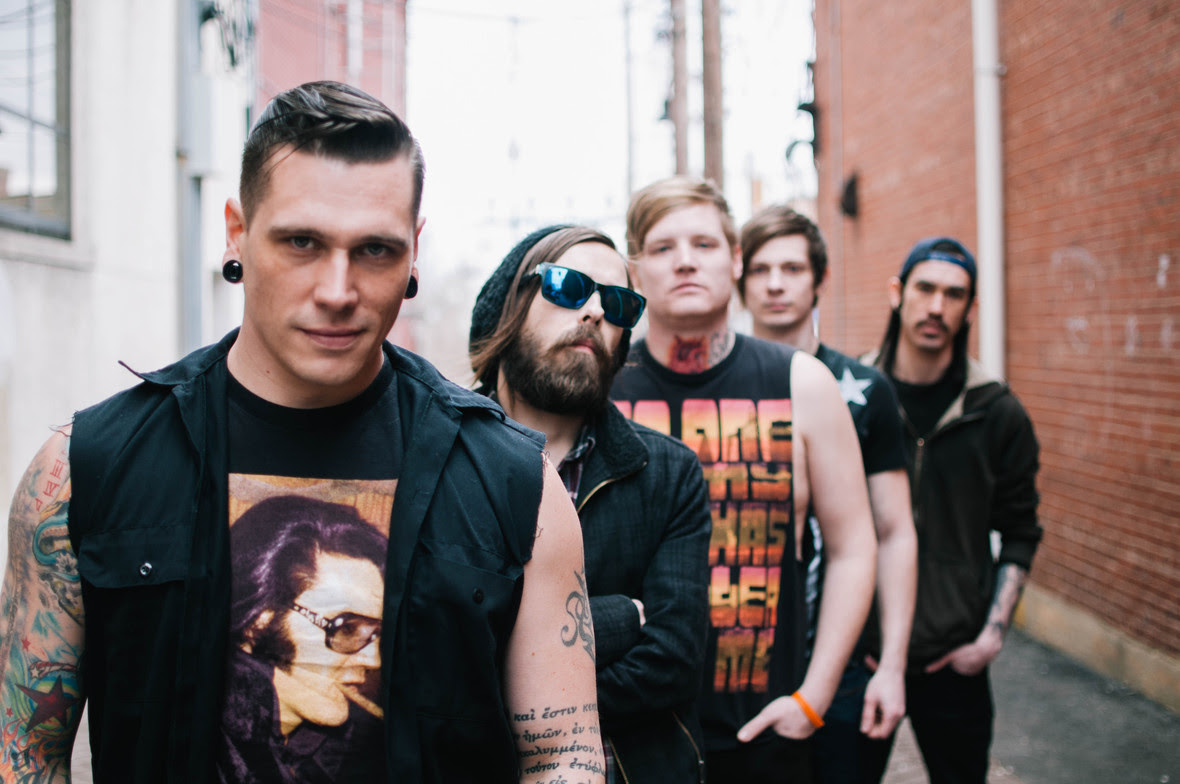 The Order of Elijah

Despite the hate, The Order of Elijah charges forward with their most honest album to date

After a busy year in 2015, The Order of Elijah has started off this new year with a high-powered punch, releasing their brutal War At Heart album this month.

Last year, the band signed to Luxor Records after stepping away from a contract with Rottweiler Records. The band had a few unfortunate turns of events and found themselves tied down by life circumstances. During this time in limbo between labels, The Order continued to push forward and work on new material. This same period saw the release of the track “God’s Unwanted Children” and the accompanying video as an early teaser for a new album. Shortly after that, Luxor Records offered a contract and The Order gladly joined the Luxor family.

Luxor has proven to be a good fit for TOOE; the label has already bailed them out of many jams, including fixing their van after a serious break down on the road. They have been instrumental in mastering the album, hooking them up with a director and making a new music video possible, filling their merch table with gear. Another major bonus of the label backing was walking TOOE through making the band an official business, which helped them accomplish things like being verified on Facebook (check out the blue check mark next to the band’s name!). “And above all,” shares vocalist Shannon Low, “they showed us the utmost respect as artists.” Nick at Luxor worked relentlessly on mastering the album and gave the band freedom to be themselves by putting no constraints on their writing.

Writing for War at Heart began as soon as the band came off the road touring their previous album, Dethrone; the band powered out an extensive year and half of touring after the record’s 2013 release. TOOE brought a new approach and new energy to War at Heart. This time around, the guys were much more familiar writing with one another and had a good formula for structuring the new songs, while simultaneously allowing each member to contribute their individual talent and creativity to the work. Instead of the years spent slowly altering and improving the material as they did with Dethrone, the guys sat down and consciously wrote, challenging themselves to bring a more innovative approach to the work. As a result, War at Heart is a more cohesive package, whereas a definitive direction is more difficult to establish on Dethrone.

While working on the new tracks, Low had the mindset, “I don’t want to make the perfect album. I want to make an album that makes people think.” The result is an album that tackles subject matter about struggling with life and faith and, maybe most importantly, challenging the listener’s ideas. “All American Plague” is a great example of the overall theme, which Low explains is a track “for people who are bold enough to refuse to settle with a lack of inner vision. As we walk out of The Age of Information and approach The Age of Reason, I believe it’s high time people understand that challenging beliefs and criticizing failed ideologies is far different than criticizing a person for who they are. Question everything.”

The tricky subject matter and call to continually challenge complacent thought has played to mixed reviews from their audience. Low explains that they’ve had some listeners who see and appreciate the deeper meaning in the lyrics, while for some it’s quite the opposite. He notes that most of the Christian community has focused on every aspect of the lyrics that seem “edgy” and have managed to overlook the parts that mention suicidal depression, his divorce, ethnic oppression and positive encouragement. It doesn’t entirely come as a surprise, though; recent comments they’ve received include, “You guys were never Christian to begin with” and, “I tore your posters off my wall and broke your CD” and even going so far as to say, “I can’t wait until you guys are rotting in hell.” To which the band simply replies, “Eh, we still love them anyway.” Though they’ve received some negative feedback, such a strong response only suggests that the album is effective in its goal of pushing the conversation forward. The positive response far outweighs the bad, and The Order of Elijah is happy to report that most of the people who jam War at Heart have loved the new songs.e

The Order of Elijah had a chance to bring their new material to the stage on the recent War at Heart tour with label mates and frequent tour partners Forsake the Fallen. Some of the band’s Dethrone songs were written and changed over the course of years as a local band, so the guys have found a fresh excitement in playing the brand new War At Heart songs live. But even on the heels of releasing a new album, they can’t help but continue to churn out new music. Low, speaking for the band, says, “We will grow as artists and our lives will change as time goes on. We never want to stop searching for innovative approaches to music.” Even since the initial preorder offering of War at Heart went up, the band has already been on fire, pumping out new riffs and beats. Low speaks to the band’s creativity, “I have already heard an unborn song they showed me during a sound check, so I’m confident we will keep the storm rolling. We’re just getting started.”

The Order of Elijah was posted on January 21, 2016 for HM Magazine and authored by Darcy Rumble.