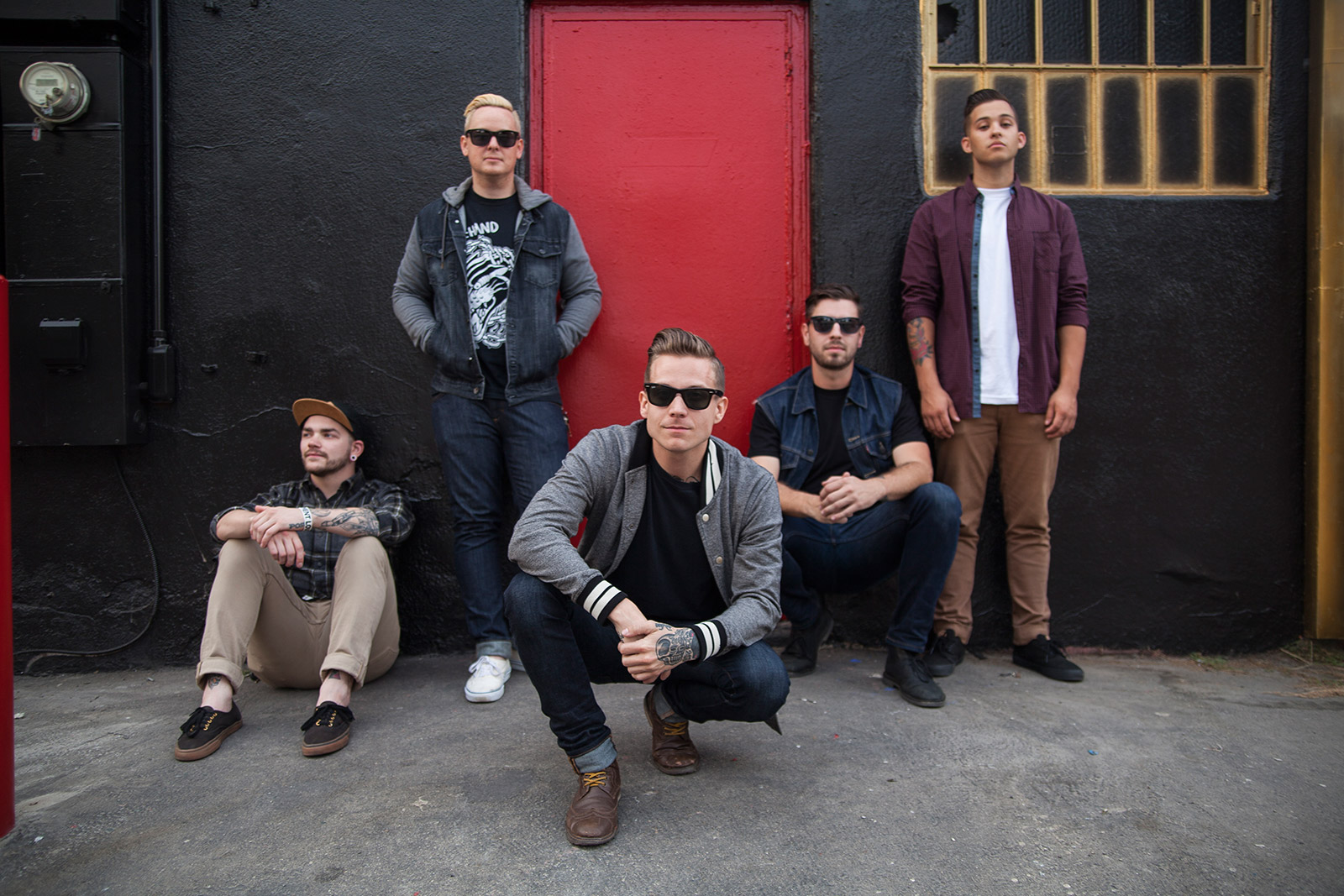 Exhausted and broke, Broadside was about to take an extended break when the phone call came in: fly to Chicago and try out for a label 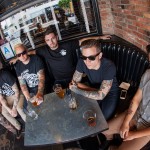 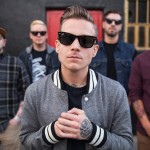 The band was set to take an extended break when the phone call came in: Fly to Chicago and tryout for a label. Despite a lack of funds and exhaustion from DIY touring, it’s a good thing they did: Broadside signed to Victory Records and jumped right back into the water with their debut album, Old Bones. No breaks yet, though; it’s a good thing they’re young.

Tell me a little bit about the band. Where are you guys from, and how did you guys start out?
Originally, we’re from Richmond, Virginia, and we started in, I would say, early 2010. I was in a previous band with some friends, and we decided to leave that band and start Broadside. Through the evolution of music and touring, we pretty much met the current lineup. We’ve been touring three years solid now. To cut a long story short.

You guys are signed with Victory Records. How did you guys get hooked up with them?
We ended up kind of taking a break because we did a bunch of D.I.Y. touring. We toured ourselves into the ground to the point where we were broke, so we decided to take a break for a minute and lay low for a while.

My girlfriend-at-the-time got a job out in California, so I was going to take the time and move out there with her. On the way I got an email from Victory saying they were interested and maybe they could setup a showcase with us. At that time, our singer was on tour filling in for a band called July; they were on tour with Hit the Lights and a bunch of other bands. He was on the way home from that and called me up and was like, “Yo, we gotta do this!” He was still kind of on this music high from that tour. He was like, “We have to do the showcase. Fk everything. Let’s just do this.”
How long ago was that?

That was probably coming up on a year now. So almost a year, a little under.

Our producer, Kyle Black, is a genius. He’s a music prodigy. He can hear things a normal person wouldn’t hear. I would be playing something on drums and think, “Ah, yeah, I’m killing it! This is perfect.” He would say, “Yeah, that’s not the best. Can you redo it?”

Your first album with Victory is Old Bones. How was your time in the studio and writing the album?
It was awesome. We went in with Kyle Black in Hollywood, and we were there for about a month and a half. We went in with 11-to-15 songs we had demoed out.

We didn’t really know what we were getting into. It was awesome. It was fun. It was really stressful at times, but, overall, we came out with an album I can’t be more proud of. 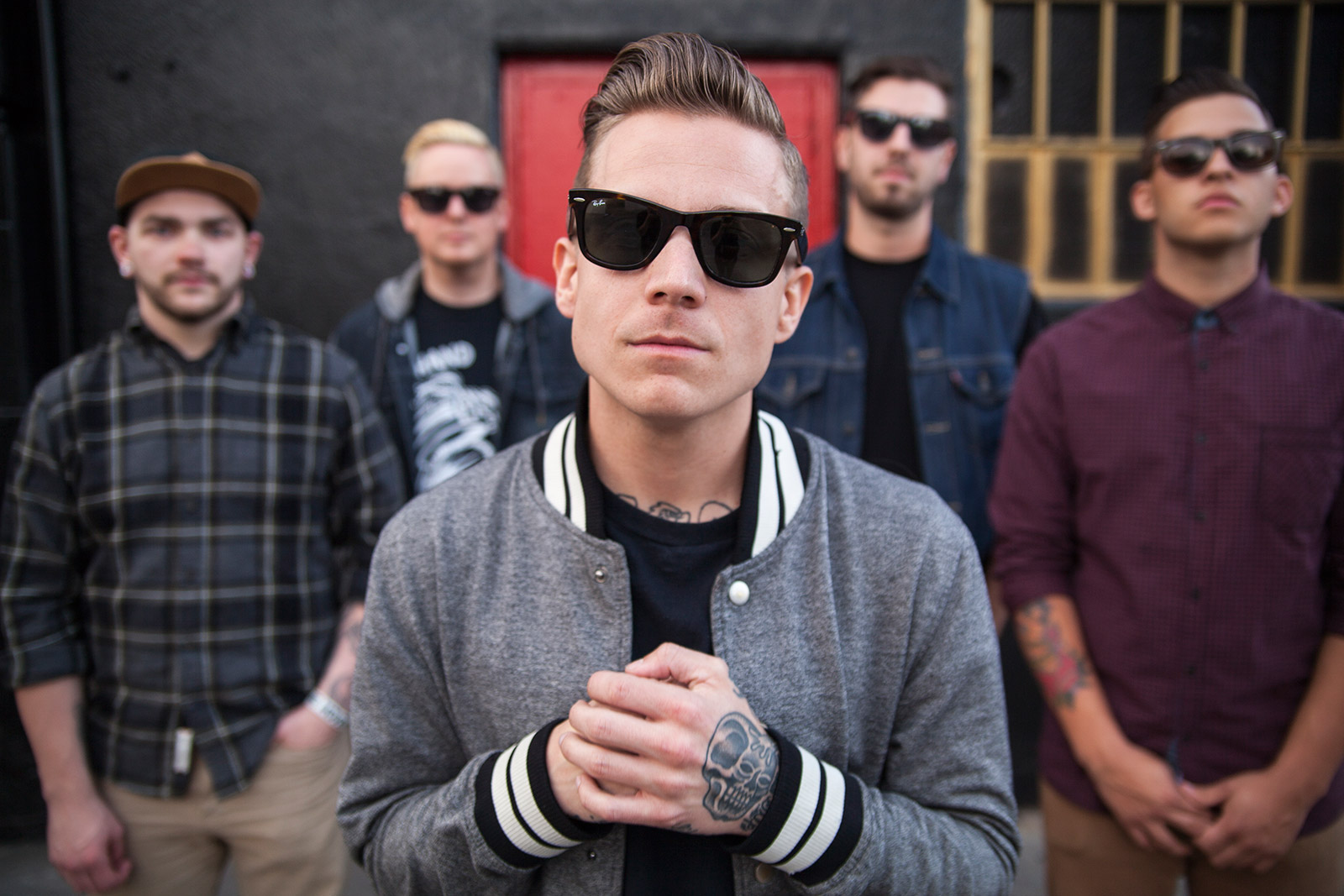 So how did going into the studio for this album compare to some of your past efforts?
We had done a D.I.Y. EP before, so this was our first professional album with a record label. Our producer, Kyle Black, is a genius. He’s a music prodigy. He can hear things a normal person wouldn’t hear. I would be playing something on drums and think, “Ah, yeah, I’m killing it! This is perfect.” He would say, “Yeah, that’s not the best. Can you redo it?”

In our previous recordings, we didn’t have someone who was that spot on and could hear everything. I ended up recording 12-hour days for a week, solid. My hands were bloody and blistered when I was done, but the results show on the record.

Do you have any songs on the album you’re particularly proud of or that you’re excited for fans to hear?
That’s actually funny you asked because we were just talking about this last night. My favorite is “Playing in Traffic” since it’s the heaviest one on the album. It’s the most upbeat (song), I feel. That’s definitely the one I’m most excited about releasing.

You guys did a video for one of the songs on the album. How did that go?
It was awesome. We decided to do it for “Coffee Talk,” which is the first single off the album. I flew out to Chicago and the rest of the guys drove in from Richmond.

When we shot the video, it was, like, 8 degrees. I’m in California now, so it was a drastic difference. It was snowing everywhere, but the video was fun to shoot. We rented a cafe-type, Waffle House setting, a local (diner) there. We all got to test out our acting abilities, which was fun.

What are some of the influences in the band, including yourself?
Of the band, I would say we all pull in from early Drive-Thru (Records) days, like early 2000s — but there’s a little more of an aggressive feel than those bands — we all come from that era. Personally, I listen to everything, as much of a cliché as that answer is. I listen to a lot of hardcore and pop-punk and also a lot of hip-hop, so it’s a weird mix.

I like a lot of solid drummers. Not so much flash, but who are really solid. I think his name is Zac Farro (Editor’s Note: It is); the old Paramore drummer. That guy is solid as a brick. He’s so good. I like a lot of drummers like that. Like Nate (Young) from Anberlin. He’s one of my favorites.

Have you heard of Yogi Watts from Demon Hunter?
Yeah!

He’s got that same kind of style. He’s there to support the band and not take over the sound with a bunch of drum solos.
Right, exactly! That’s what a drummer’s role is. I mean, you can do all the flashy stuff and that’s cool, but when it comes down to it, people want to hear a song and not a drum solo. Unless you’re a drummer, that is

I think that’s basically Broadside in a nut shell. Yeah, life sucks a lot of the time, but you have to stay as positive as you can and roll with it. Without being super corny: “Stay Positive.”

What would you say is the driving force behind the band’s message?
Honestly, Ollie does all the vocals as far as that goes, and he’s pretty passionate about everything. All the lyrics on this album are 100 percent real and super passionate. It’s a lot of issues you come across going from being a young adult into (adulthood) and staying positive and rolling with the punches.
I think that’s basically Broadside in a nut shell. Yeah, life sucks a lot of the time, but you have to stay as positive as you can and roll with it. Without being super corny: “Stay Positive.” 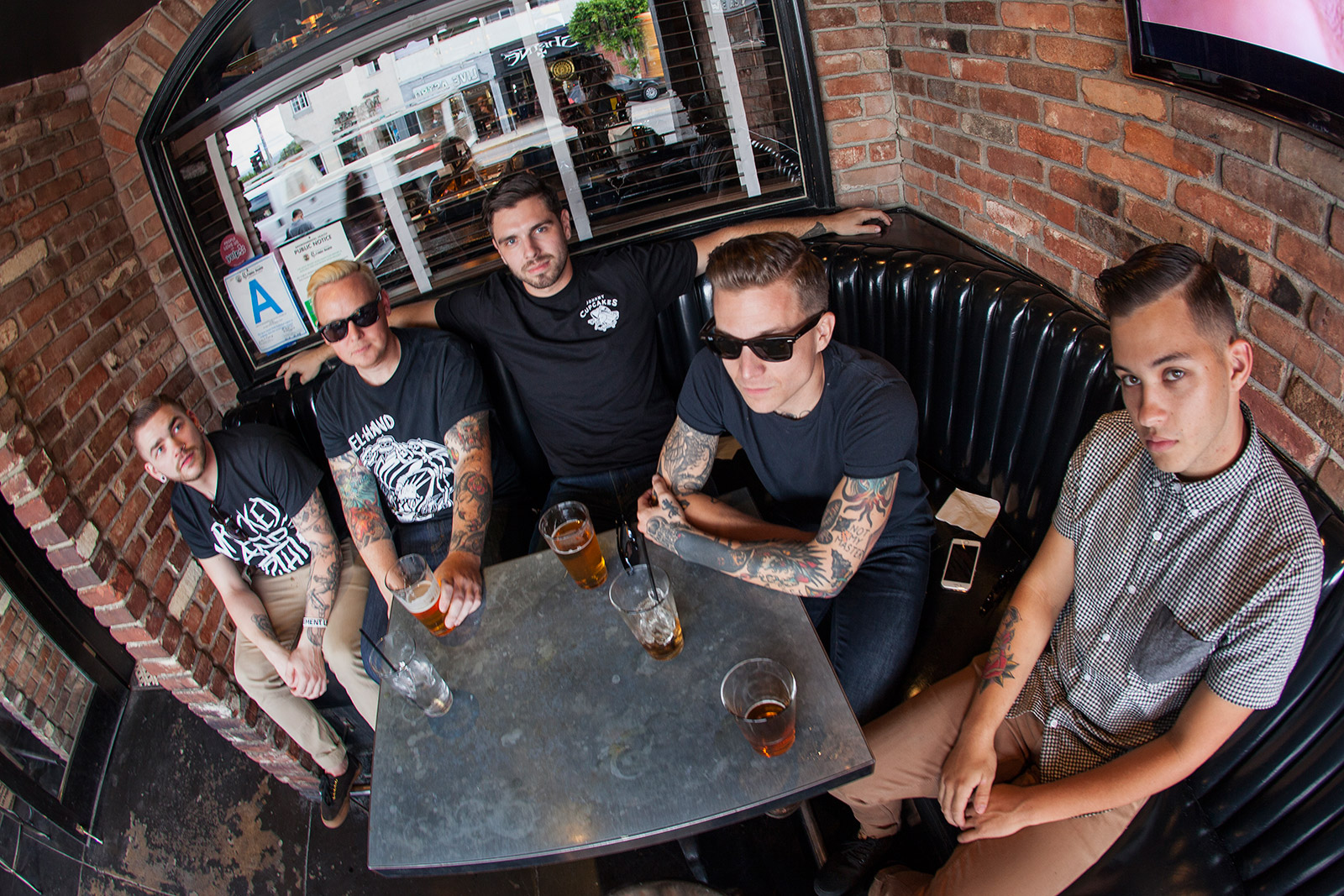 You guys aren’t a cat poster saying, “Hang in there.”
(Laughs) Yeah, life sucks. We all go through a bunch of sh-t, but you just have to deal with it.

Staying positive but being genuine at the same time.
Exactly. Not cheesy sh-t like that.

Are there any themes on the record that are important for you personally?
We have a song called “Human Machines,” and it’s basically about all the bullsh-t that is a “job” that people go to just to make their money then go home and sleep and repeat it over and over until they die. Or working just so you can live in a crappy apartment. The everyday nonsense of being trapped in that kind of life.

The chorus is, “Consume, repeat and force yourself to sleep.” That message is awesome.

He wrote a song called “Damage Kids,” and it’s about the anxiety and depression about how tough it is to just live nowadays. It’s cool because there are a lot of people who have dealt with depression and anxiety. Ollie definitely poured his heart into it, and it shows. If you read the lyrics, you’ll get emotional.

With the new record, you guys will probably be hitting the road soon. Any big tour plans for the summer and the rest of the year?
We’re working on that right now. We’re going to be out on the East coast out to around Texas area this summer. Then we’ll start working on a winter tour. We basically want to hit the road nonstop and support the album.

So you guys are just laying low until the album hits?
We’re doing a lot of press stuff, and then, once the album drops, we’ll hit the road and go hard.

You guys have been on the road for the better part of the last three years. Have any crazy stories?
We have a bunch. Probably some I shouldn’t tell (laughs).

Actually, when we were recording the album, we left the studio at midnight and we were driving back to the place we were staying at. We were at a stop light and Dorian decided to get out and throw some trash away. As soon as he gets out, the light turns green and I’m driving so I decided we should fk with him a little bit. So I start leaving and the door is flapping open, and he starts running to get back into the van. Sure enough, he comes running and slams into the door and falls into the van. But as soon as he gets in the van and shuts the door, a cop pulls us over. Of course that would happen to us. So we pull over, and, luckily, he was really cool and was laughing at our license plate since it says ‘I Love Your Mom.’

Broadside was posted on May 11, 2015 for HM Magazine and authored by Ben Rickaby.