The sibling-trio punk band Children 18:3 kicked off the energetic night at The Warehouse in East Ridge, Tennessee. The crowd may have been small, but the energy was not; fans jumped around as lead singer David Hostetter sang favorites like, “Oh, Honestly,” “Oh, Bravo,” and  “Lost So Long.” Lee Marie Hostetter’s voice beautifully complimented the upbeat punk tunes to create a fun, unique sound for this Tooth & Nail band.

They ended their set with “All My Balloons” from their self-titled debut album (on Tooth & Nail. They have two previous self-released EPs). Members of the local band, Cutting Through Clouds, who opened the night with two other local bands, were ready for this moment. They opened a bass-drum case and dumped colorful balloons into the audience who tossed them around like beach balls and popped them at the appropriate line “All my balloons are popping!”

Curious about the band name? Children 18:3 comes from Matthew 18:3 which says, “And he said: ‘I tell you the truth, unless you change and become like little children, you will never enter the kingdom of heaven.’ ” (NIV)

Next, The Letter Black, one of the best new rock bands, exploded onto the small stage. Lead singer Sarah Anthony head-banged and jumped as she belted “Fire with Fire” from the debut album Hanging on by a Thread, which was released earlier this year. Children 18:3 joined the crowd and rocked out.

Sarah Anthony admitted that when she was a teenager she cut herself to escape the pain of people who hurt her in her past. She sang in her church’s worship team, not because she was excited about God, but because she enjoyed singing. Through this, she soon realized it was time to let go of past resentments and trust fully in God. “This is what [the song] ‘Moving On’ is about,” she said and then started into the song.

“Do you guys like the heavier stuff?” she asked. The audience cheered. “We can skip this song, I’m not sure I’m feeling it.” The crowd convinced her not to skip it. She grinned. “This one’s called ‘Wounded.’ ” This song proved that chicks know how to rock.

The night came to a close with the fantastic song, “Hanging on by a Thread.” Go see this band in concert—you will not be disappointed. 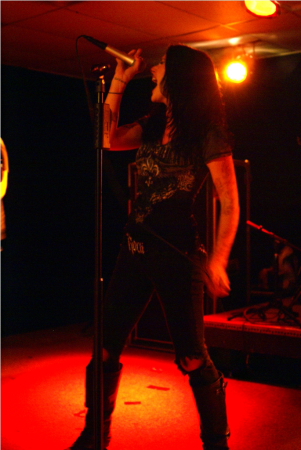 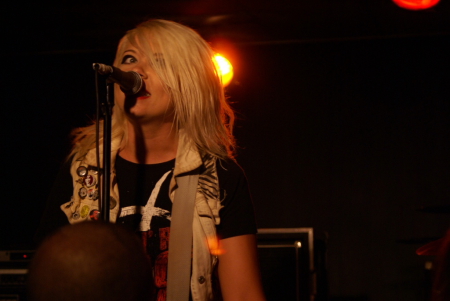 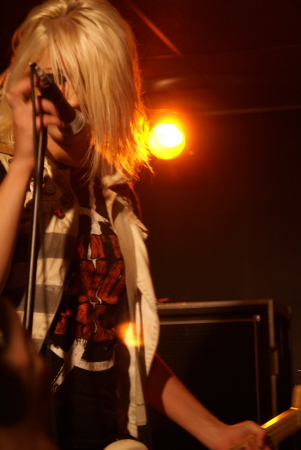 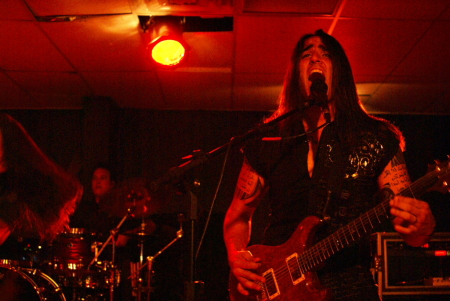 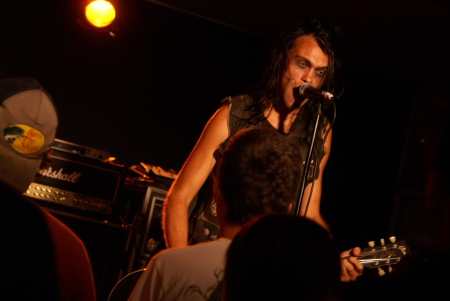