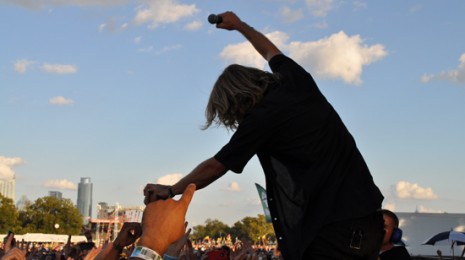 Seeing Switchfoot play at such a major mainstream festival was a heck of a good sign for a band that’s been making music for more than a decade. They’re not only still around, but judging by the strength of last year’s Hello Hurricane album, they’re getting better with age. The took the Austin Ventures Stage in the middle of the park at 6pm to a crowd that was anxious and ready to hear them rock. They exploded with “Stars” and then shot into “Meant to Live.” Jon Foreman was a showman that seemed to have been waiting for this moment. He started climbing the light truss and sang much of the second song from either his perch up high on stage right or the other one on stage left. He kept moving, but connecting with those around and within sight. 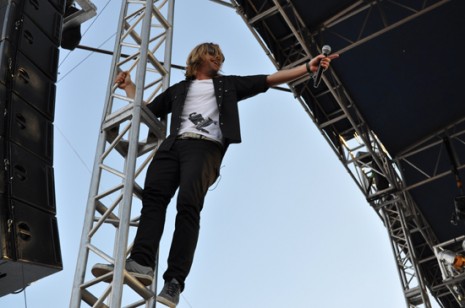 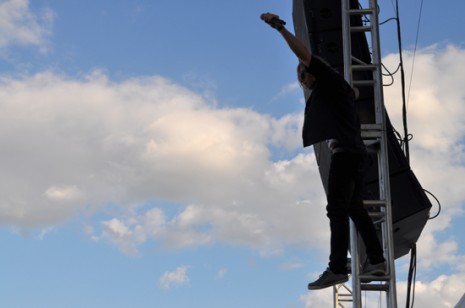 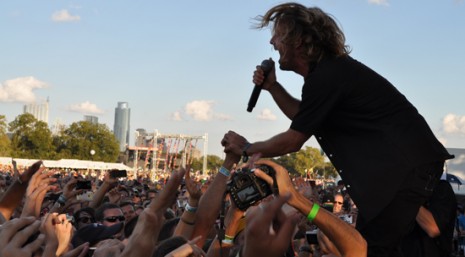 They were upbeat and joyful, which played right into them launching into a Beastie Boys cover of “Sabotage.” Who knew these guys could bring old school with a hip hop flair like that? It was heavy and sounded pretty legit. He leaned over the barrier onto the audience to sing several of the verses. 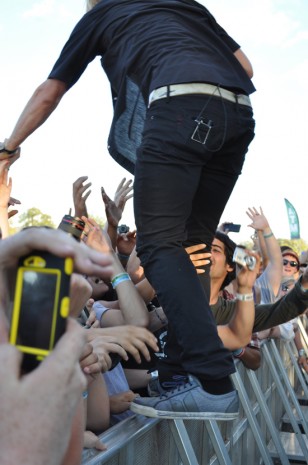 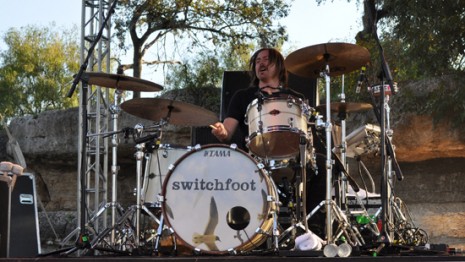 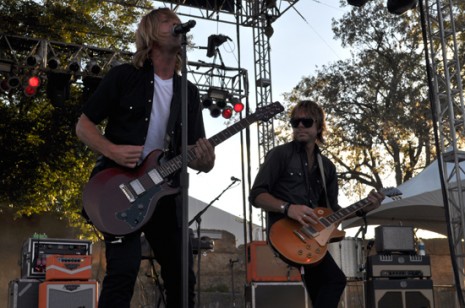 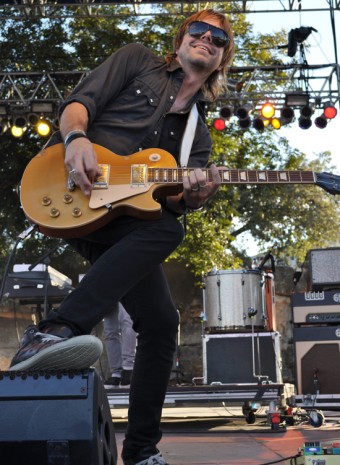 They came out of that fun frolic from the past into their slower “This is Your Life,” which Foreman ended by singing the last verse into his guitar pickups, held high over his head. “Mess of Me” had the big audience in the band’s back pocket. Foreman mentioned being glad to be back in Austin again. “…La Zona Rosa, Stubb’s, Austin Music Hall… but I think this is my favorite Austin experience. I mean, playing at sunset… y’all look beautiful – and weird! I mean that as a compliment.” 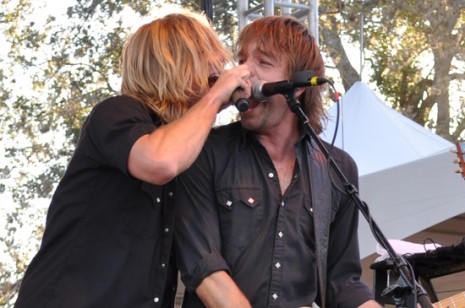 They quieted things down with “Your Love is a Song,” but captivated and held the audience’s full attention. The band really brought it. You could tell they were stoked to be there, the audience was fully into it. It doesn’t get much better than that. “This song was written about my favorite time of the day,” Foreman explained, “right when the sun breaks at first light. Right now is my second favorite time of day,” referencing again the lovely sunset. The crowd sang along to the chorus. 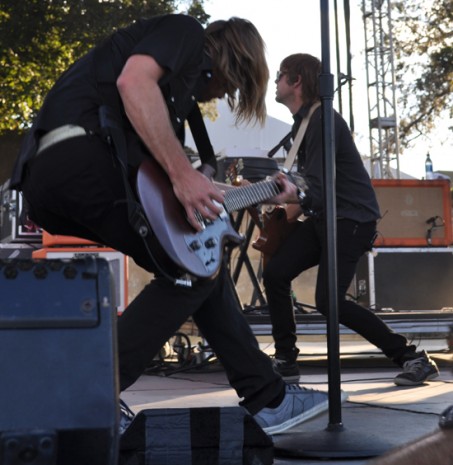 During the riveting song “Free” Jerome Fontamillas plays some tom drums during the end, while guitarist Drew Shirley wailed with some controlled, subdued and beautiful licks. Then Foreman started slamming on another set of floor toms. 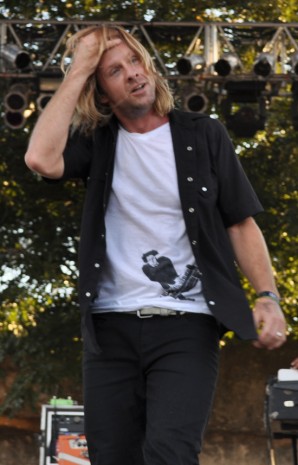 The band announced that in a few days they’d go back home and begin tracking a new album called Vice Verses. Foreman thanked the crowd for singing along. “That’s the biggest compliment you could give us – singing along. Thank you, Austin, for giving us the privilege of playing some rock and roll for you. They played “Dare You To Move” and then finished up with a song written for John Perkins, “who believed that love is louder than violence” – their current single, “The Sound.” The opening lines about “static coming alive” were accented by lots of high-speed flickering lights followed by a long note with a slight flanger-like effect.

We assigned photographer Paul Witt to head out camera-less and catch some shows and let us know what he thought. Here is his report:

So I went and saw Robert Earl Keen who is a hero of mine, and a hero of all in the Red Dirt (Texas Country) Music scene. He puts on a great show every time I have seen him. He played a great set full stuff from his newest album and old favorites like Gringo Honeymoon and The Road Goes On Forever.

From there I went to see Switchfoot,who did not disappoint. Switchfoot played all the good songs off the new album like “The Sound” and “Mess Of Me” along with classics like “Dare You to Move” and “Meant To Live.” The sound could have been a little louder but other than that they were great. 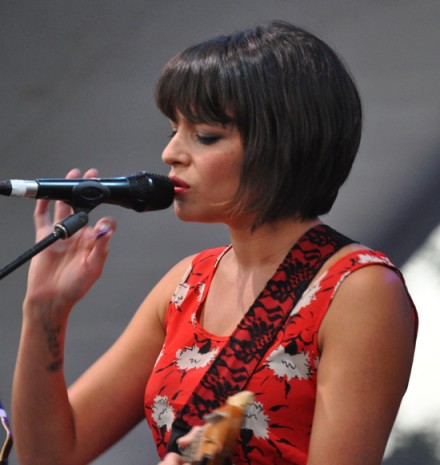 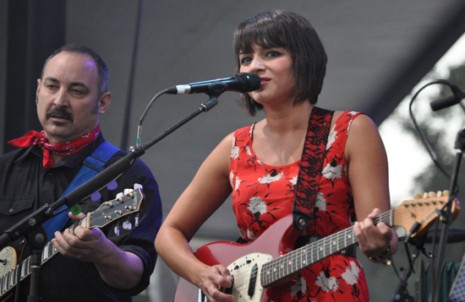 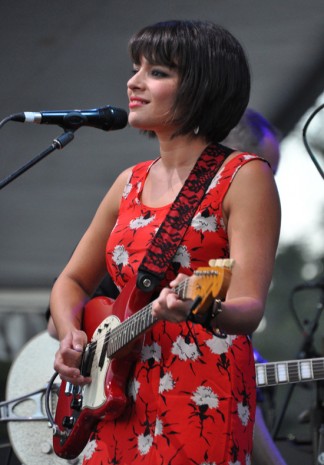 The ever-youthful Kaela Van Pelt added her two cents’ worth, too:

Spoon
They sounded lively, energetic, spastic and rad. They had a good mix on the giant AMD Stage that bordered the West end of the park. During the end of their set they kicked a piano over … that was cool.

The Strokes
Everyone’s favorite band from 2001 played an energetic set that made them still seem young. The crowd was packed and everyone was dancing. It was not so entertaining of a show, but was good music, nevertheless.

Silversun Pickups
This band was mellow, but built up the energy and exploded. The bassist was especially energetic with her hair bouncing up and down.

The Eagles
These old men played a nice, long set after Norah Jones performed an hour of her (mostly) new tunes (actually, she went about 3 minutes over her time slot, which sonically stepped on the a cappella intro to “Seven Bridges Road”). With a giant video screen directly behind the band and two large screens to the left it made their show of hit after hit after hit enjoyable for the 60,000+ people enjoying their set. I haven’t heard any official numbers, but with 85,000 or so tickets sold on the Saturday and Sunday events and seeing how packed it was from the front of the Budweiser Stage all the way back to the exits in the middle of the park, there was easily 60,000 people jamming to this legendary band.