I am always amazed by how a 2 1/2 hour flight from Miami can place you in an area that seems worlds apart from the U.S. Sunday night I spent the night on the floor of an airport before catching a 6am flight to the DR. Upon arriving, I met FH staff and traveled by range rover to a public bus station. The bus ride would take 5+ hours through the Spanish-speaking country and take me to the Haiti border where my wife is stationed as a community development coordinator.

The last time I was in Haiti was 2 months before the Earthquake. As a band, we had just adopted our 4th community (2 in Ethiopia, 1 in Mozambique, and now 1 in Haiti).  The community of Belladere, Haiti had 400 children that needed helped, however, immediately following the Earthquake, 3,000 children were enrolled in the program for sponsorship. Since my last visit here, my wife has been working with a private language tutor to study Spanish and creole in the DR, and I have been working on a basic understanding of creole back in the U.S. while on tour with Willet. Unfortunately, I didn’t have time to learn much Spanish, and I spent all day today amongst people that only speak that. God has an amazing way of answering prayers though! As I boarded a crowded bus headed for Elias Pina, I prayed that God may give me a small understanding of Spanish so I could communicate. My translator  iPhone app unfortunately doesn’t work in “offline mode” , so that was no help. As we prepared to leave, a girl came and took the seat next to me. She began to speak Spanish to me, and I replied “sorry, only English”. She then got out a notepad and began to write in English to me. She said, “sorry I can’t speak English, but I am studying it in school, so I can write.” I took the notepad and wrote back telling her I was impressed with her English-writing ability. We then began to dialogue on paper, and I learned that her name was “Alpha”. I asked her if she would be willing to teach me Spanish? She agreed, and for the next 4 hours, she taught me phrases, numbers, the calendar and common words. She asked me where I worked and I told her all about the band. I then asked her if she was a Christian, and she said yes! She pulled out her Spanish Bible, and we began to talk about Jesus, and our favorite verses. Her brother, 9 years old,  (that has been sitting on her lap this whole time) told Alpha that he was hungry, but they only had enough money for the bus fare, so i pulled out a pack of crackers from my bag, and we shared that together. Her brother and I then played tick-tack-toe for a while before we arrived at their bus stop. I am by no means “fluent” in Spanish after today,but God answered my prayer, and I was able to encourage, and be encouraged by a sister in Christ that speaks a different language! Praise God!

Tomorrow, Kat and I go back into the community of Belladere, Haiti to visit kids that just got sponsored at Willet shows!
-Jeremy Willet

Gwakymann, Haiti
Last night, Kat and I spent the night at the FH office on the DR side. There was no running water, so we used a bucket for a shower, and when we woke up, there was no electricity. We started the day by traveling to the community of Gwakymann (near Belladere) in Haiti. We visited the location for our new home where we will be living over the next year. They are finalizing the floor and installing a bathroom, then Kat will relocate from the DR to Gwakymann, Haiti to live in the community. She will continue her language studies as well as begin community involvement, helping with U.S. teams that come in, and begin work in the child development program. 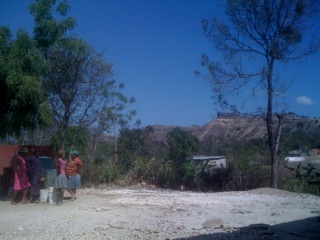 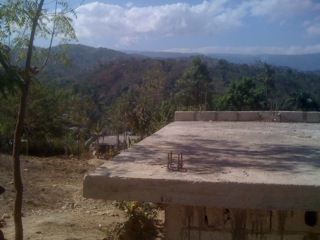 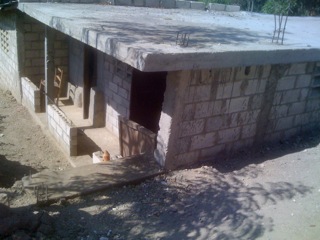 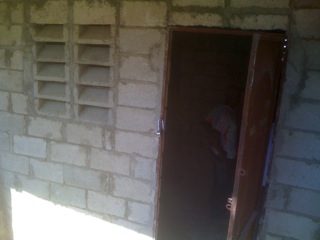