New Studio Album To Be Released This Summer 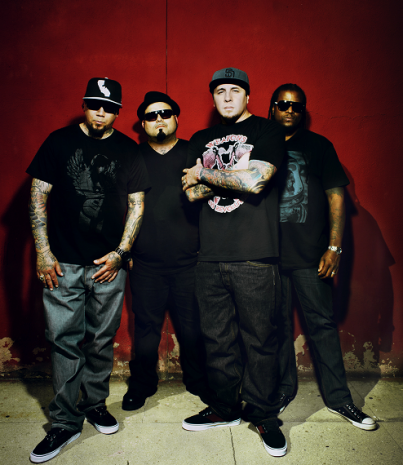 P.O.D. have announced their first U.S. tour of 2012.  The band will head out this Spring and Summer for a series of high profile radio shows and festivals and will co-headline a tour with RED with support by Love and Death featuring Brian Head Welch and Icon For Hire.  The tour will make stops throughout the Midwest and East Coast (full tour dates below). Buy tickets HERE (http://payableondeath.com/tour).

P.O.D. have just wrapped work on their upcoming full-length album to be released this summer via Razor & Tie.  The new record will see the band reunited with long-time producer Howard Benson who also produced the band’s massive Satellite album alongside major hit albums for 3 Doors Down, Kelly Clarkson, Theory Of A Deadman, Daughtry, All American Rejects, and My Chemical Romance.

P.O.D. (Payable on Death) formed in 1992 has logged a remarkable array of achievements, including worldwide sales exceeding 10 million, a series of chart topping radio hits, and an unprecedented four #1 MTV videos.  With a 15-year career under their belts, P.O.D. has released seven studio albums, received three Grammy Award nominations, contributed to numerous motion picture soundtracks, and toured the world over many times.  With their third studio album, The Fundamental Elements of Southtown, they achieved their initial mainstream success – the album was certified Platinum by the RIAA in 2000.  Their following studio album, Satellite, continued the band’s success with the hit singles, “Alive” and “Youth of the Nation,” pushing it to go triple platinum.  The band’s line-up consists of vocalist Sonny Sandoval, drummer Wuv Bernardo, guitarist Marcos Curiel, and bassist Traa Daniels.