My ‘Thank You!’ to John Davis 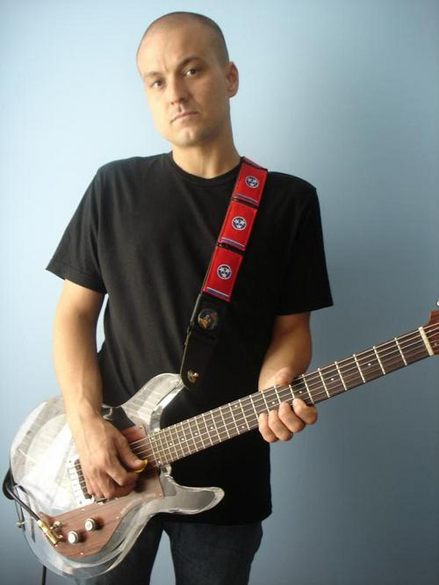 My ‘Thank You!’ to John Davis

Every now and then I come across an album that’s like a kick in the teeth (in a good way)…. it’s that musically potent!!!  This is the way I feel about John Davis’ 2007 release Arigato!

In case you never heard of him, John Davis is also the lead singer of the alternative rock band Superdrag.  Arigato! is his second solo effort, a superbly aggressive and passionate melodic rock clinic.  Singer-songwriter-guitarist John Davis bares his soul while disarming the listener into submission with an onslaught of riffs, melody and song.  He is one of those artists that have really pushed the lyrical-musical boundaries, basically redefining what a Christian Rock album can be.  The songwriting, musicianship and candid lyrical content are all top-notch…. and for that I say Arigato!!!

I can’t remember the last album I heard that communicates such personal (albeit universal) Christian sentiments so openly, vividly and honestly.  Unlike most Christian rockers who often downplay their message or obscure their points out of fear of offending (or a need for mainstream acceptance), Davis, speaking from deep personal experience, simply gives it to us straight!  He is not ashamed nor will he back down!

The many paradoxes of Christian vitality are candidly expressed throughout the 11 tracks.  On the fittingly titled, I Need Someone, Davis offers up a dire plea for deliverance.  Davis speaks of his struggles against the forces of destruction, most notably himself, on the hard rocker, Paranoid.  While the  battle against sin and the need for redemption is dynamically conveyed on I’m At War With Myself. On the scorching retro-rocker, History, Davis’ vox is barely recognizable as he declares his old self ‘History’ a few octaves below his standard vocal delivery.  And on the lead track, Chant Down Babylon, Davis demonstratively expresses a burning desire for righteousness.

Davis passionately delivers his message with a sense of brashness, determination and zeal tempered by moments of humility, dependency and submission…all while giving the glory to God!  The merging of such a high quality brand of melodic hard rock with uncompromising declarations of the Christian faith makes for a truly compelling listening experience.  Whether you’re a weary traveler searching for a glimmer of light or a convicted sinner that knows something of the grace of God,  give Arigato! a try…you’ll be thankful you did! I’d like to finish with a few awesome quotes from Mr. Davis….

“I just have to say what I have to say, and I stand or fall with it.  That’s how art works, I think.  According to my understanding, Jesus did not come to institute a new religion; he came to fulfill the Law and the Prophets.  I believe he did that.” – JD, 2009

“…And for the record, God found me” – JD, 2009 (A classic response to an antagonistic interviewer who led with the remark, “A few years ago you found God…,” prior to his ensuing question)