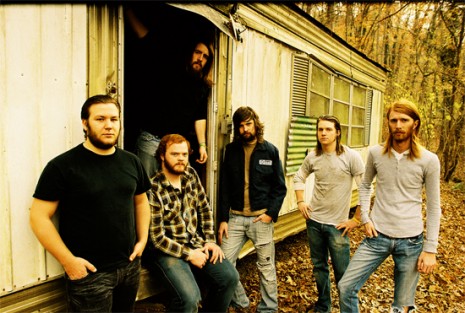 Maylene and The Sons of Disaster
Matt Clark (Drums)

If your band was not around and you could be in any band, what band would you be in?
Foo Fighters

What is your opinion on the whole “Christian band” label?
Alright, this has been a lingering issue for some time now.  This takes me back to being a kid and only being able to listen to “CHRISTIAN MUSIC ” and watching beloved artist of that time fall prey to addictions, lust, deceit, and everything not Christian. My point to that is, people are people, and we’re all human and make mistakes. Let’s take more time and focus on making sure, as an artist, teenager, or parent, that we’re achieving everyday to live a better life and to be a better person than arguing over whether” this band is more christian than the other, or that this band here crossed over into secular market, so they must have lost there way! ” If we as artist do our best to live a positive life, and portray a positive message to those listening, and the listeners find something in our music to help them live a better life, then who cares! I believe Jesus is more interested in the motion to help others through humility and example than the motion to puff our chest and say “look at me in this Christian band!” Jesus already reprimanded the Pharisee’s once!

What is your favorite venue to perform in?
Any of the House of Blues

If you were not making music, what would you be doing?
Working on power lines in Florida

What is the saddest part about being you?
Having to leave my family when it’s time to go on the road.

What are your thoughts on how your music is actively influencing the culture around you? Partly because bands like yours are not just stuck behind the four walls of some youth group church room. You’re playing out in clubs, etc. Also partly to blame are people in the world opening up their minds to listen to Christian bands…
We’ve had many great conversations with other touring bands who will flat out tell us they don’t believe the same way, and as tour rides on, we somehow always peak there curiosity and we get in full blown discussions. People are eager to listen and learn about what you are, and why you believe in what you do simply if you give them a chance to watch and observe you. They see the genuine person and not a front, it almost always interest them to find out more. One band I’ve heard more about recently when we refer to a band bridging the gap is Impending Doom. I’ve witnessed straight up Christian haters, non believers pay homage to this band, knowing full well that they are a Christian death metal band. And there response is,” you can’t deny there musicianship and stage presence.” So yes it is become more accepted by everyone.

What is one or two pieces of gear, gadgets, etc, that you keep having to buy all the time? (like batteries, tuners, strings, whatever…). I’m particularly interested in the things that you didn’t plan for, that were surprises…
Throat spray for the singers, and loads of gaff tape

What do you hope people come away with from the experience of seeing this show?
Honestly, it’s up to the fans and people watching what they get out of the show or not. We are very interactive, and thrive on crowd participation. You’ll get a very energetic set, and we’ll be loud and rockin’, but if arms stay folded and brows furrowed, I guess I wouldn’t expect they get much from it. We just want to be ourselves on stage and make everyone feel comfortable. Our fans are the best though and I can’t wait to see them all!