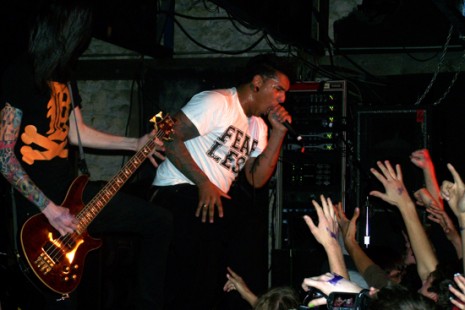 (Austin, TX) Ever since January 23, 2010, For Today has been on the Never Say Die tour with bands Stray From The Path, The World We Knew, Despised Icon and Winds Of Plague. Five days within the tour was their stop in Austin, Texas at a venue called Emo’s. The show took place on the outside stage, which had a courtyard that served space for merchandise to be sold, and plenty of space to roam around.

After Stray From The Path and The World We Knew performed it was time for For Today. In fact a kid ran up to the front screaming “Yea For Today! Move up to the front everybody!” Kids were cheering on and chanting “For Today! For Today!” while the band was checking guitar and microphone levels. When that was finished the crowd roared when vocalist, Mattie Montgomery, came to the stage and screamed, “What’s up Austin!” On his white shirt was the word “Fearless” and that represented the way For Today performed that night. 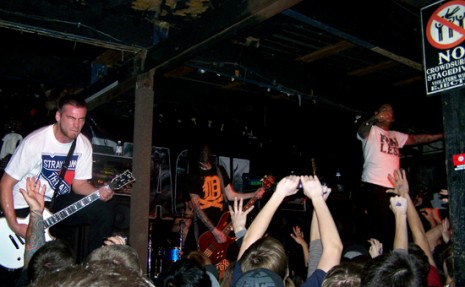 They opened with “Immanuel (The Challenger)” in which the band did a choreographed bounce together during the breakdown while Mattie was kneeling to the front row letting kids yell lyrics into the microphone along with the beginning part of “Ezekiel (The Visionary)” For Today then jumped into the song “Saul of Tarsus” with Mattie stomping his foot to the ground and the band jumping around while the song was building up. Guitarist Mike Reynolds constantly expressed on his face a look as if he was going into battle with a thousand Spartans. When they played “Ezekiel (The Forerunner)” Mattie wasted no time getting in the face of For Today fans to sing along.

In the middle of their set they took a minute to speak to the crowd. In an audience which probably contained agnostic and atheist mindsets, Mattie explained what the band was about and what they believed.

“From us being here I only ask of one thing you guys would walk away with. It’s not about our music or the merchandise we sell, but it that hearts would be touched by Jesus Christ. When Jesus hung on the cross He saw you and He said ‘You’re worth it!’ All the ladies in here, you are worth something! You are worth more than selling yourself for sex to hear a simple ‘I love you.’ All the guys in here, you are worth more than watching porn on a screen. I pray for freedom and revival in this room because I know what my God looks like and he loves us all.”

As the crowd clapped and cheered For Today continued on with their set with Mattie pumping his fist in the air and interacting with the crowd for “Isaiah (The Willing)” and “Joel (The Watchman).” For the concluding song they performed “Agape” with the front audience jumping to the breakdown. Near the end of it Mattie encouraged the kids to gather around for a pile up to the closing lyrics “All your soul! All your mind! All your strength!” The vibe was so intense that Mattie’s eyes looked like they would pop out of his skull. With the guitars ringing out their last power chord the band left the stage and told everyone to stick around.

I always knew For Today but never got that deep into them. After seeing this performance I know realized how much I was missing out on. Not only did they provide an intense set but also what was most respectable was proclaiming the name of Jesus Christ with no fear or hesitation. 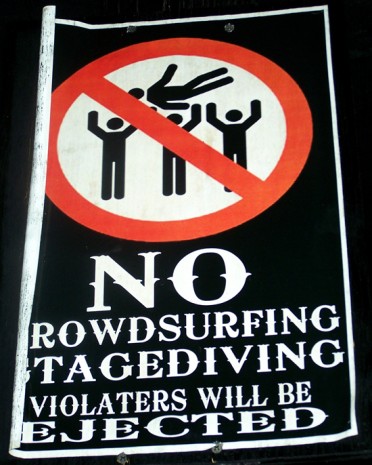