Editor’s note: The piece below is from Islander vocalist Mikey Carvajal, recapping their current studio sessions as they prep for a mid-spring full-length release. Because Islander and Victory Records like you all so much, they also want to give you some free Islander swag. Read below to find out how to win! 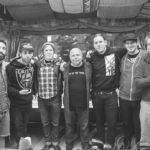 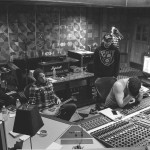 Islander with Sonny Sandoval from P.O.D. 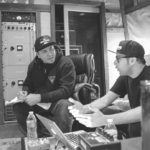 We worked with Cameron Webb on our upcoming debut album. He’s worked with tons of artists, like Weezer, Motörhead, Pennywise and Kelly Clarkson, just to name a few. Cameron is well rounded in his musical taste, so he was all about trying whatever on the record. He didn’t try to change what we were, but instead pushed us to be the best Islander we could be. It was a pretty surreal experience to live in California for a month writing and recording our debut record. The perfect weather, the palm trees, the ocean, the tacos and the donuts definitely became a huge inspiration to us.

We recorded at NRG Studios in North Hollywood, and Maple Studios in Orange County. It was crazy being able to record in the same space where so many bands like No Doubt, Korn, Limp Bizkit, and plenty of others have recorded some of their biggest records. Matt Pinfield, the DJ from MTV/MTV2, even stopped in and hung out with us for a bit. He’s one of the coolest, most down-to-earth dudes.

Sonny Sandoval (of P.O.D.) came in and laid down a track with us on one of the last days we were in the studio. It was amazing to be able to create alongside him again. It was an honor to work with him and learn from him in a collaborative setting. He is one of the most genuine dudes we have met in this industry and we couldn’t be happier to have him on the record with us. We really can’t wait for people to hear the record and tour the world with it. We are excited for this journey and thankful for each and every one of our fans. Much love. 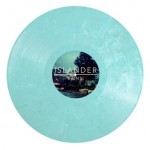 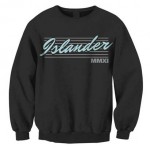 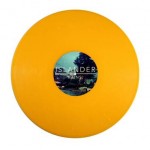 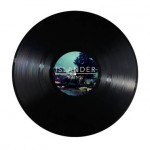 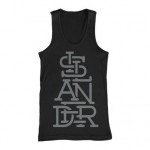