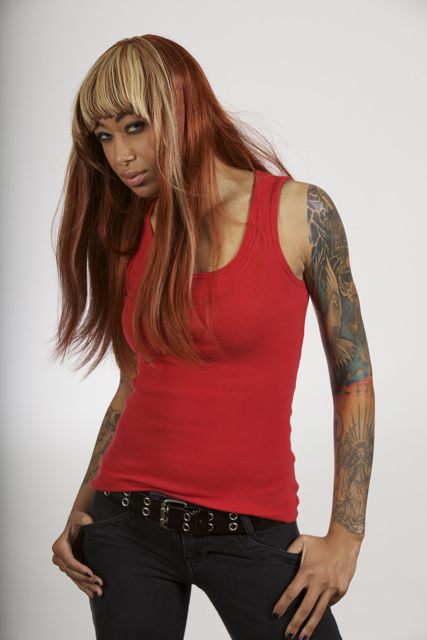 It’s been a long time coming, but we’re going to stick our neck out and cover some tattoo art. Here is some body art on Alexis Brown, from Straight Line Stitch. She’s in a mainstream band (which tours with a lot of HM bands) and she’s outspoken about her faith and her tattoo art reflects that. They’re going to be on the Rockstar Energy Drink Mayhem Festival from July 9th – August 14th (tickets on sale now at rockstarmayhemfest.com).
See our online edition for an expanded interview and spread.
[  Photos by Dan Rosenthal  |  doitlivephotography.com ]

I have always had a love for tattoos since I was about 12 or 13, because my step-dad had so many. I got my first tattoo when I was 16 and I’ve  never looked back.

Some of my favorite pieces are part of my whole tattoo theme, which I call “Dark Christianity,” because all my tattoos represent my strong belief in God, but they’re also very dark – almost gothic in a way.

My left arm, which is pretty much a sleeve now, is one of my favorite pieces that I have. It was done by an artist named Porkchop. I have a portrait of Jesus out of the tomb with Mary praying underneath, two doves, a storm breaking into a beautiful sunset along with a glow-in-the-dark sacred heart that represents the sun. On my upper right arm I have some crazy colored flowers and underneath my arm there is a snake next to an apple, which I plan to later tie in together like a  garden of Eden.

The flowers were done by an artist by the name of Dietsch at Skinwerks Tattoo and the snake and apple were done at 1st Amendment Tattoo. My most cherished tattoos are the portraits of my Grandfather, brother and grandma that I have tatted on my legs. Those were done by one of my favorite artists, Danny Fugate. 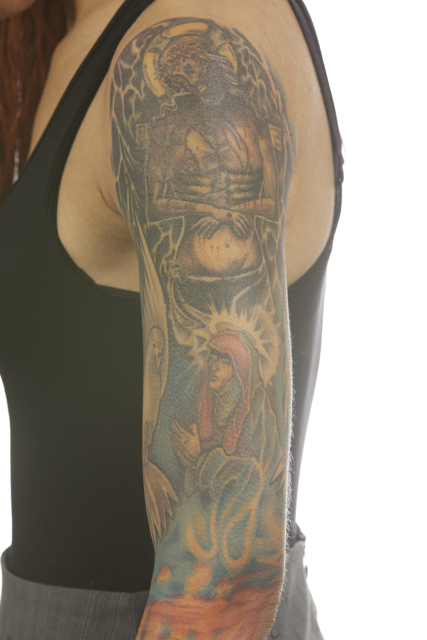 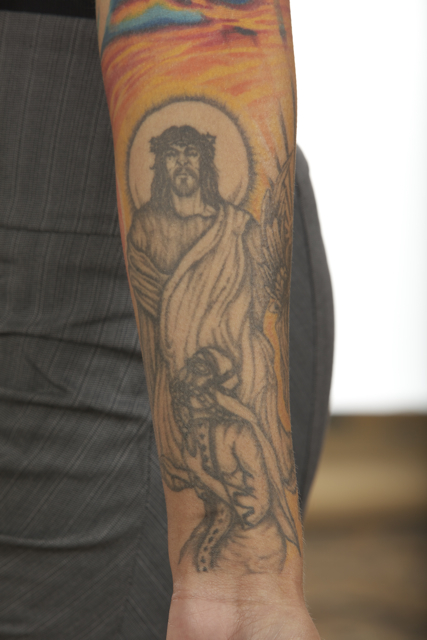 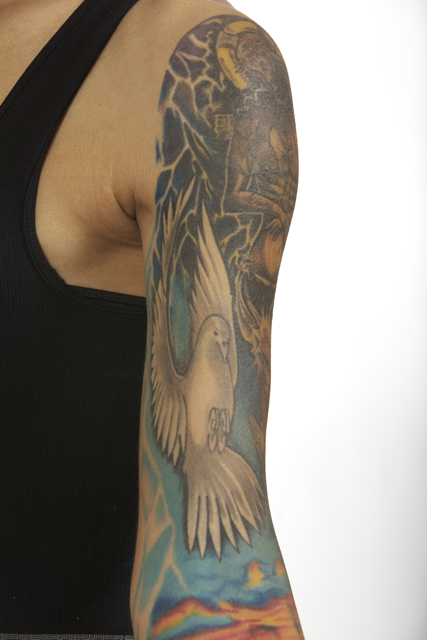 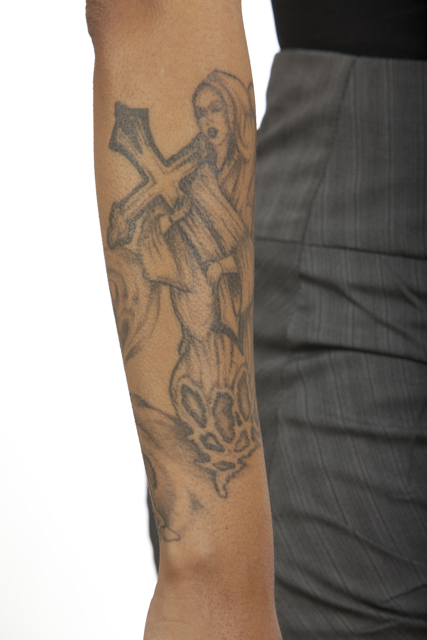 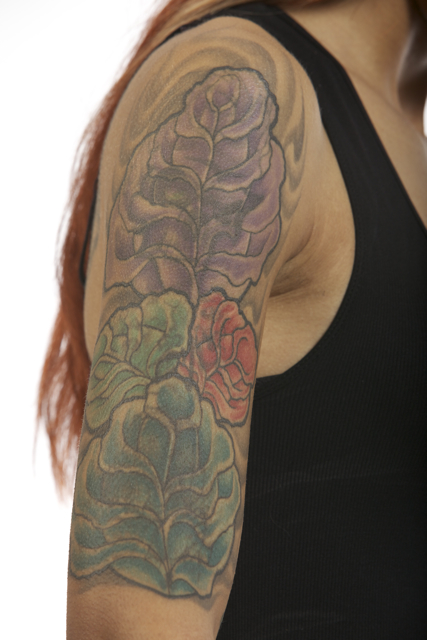 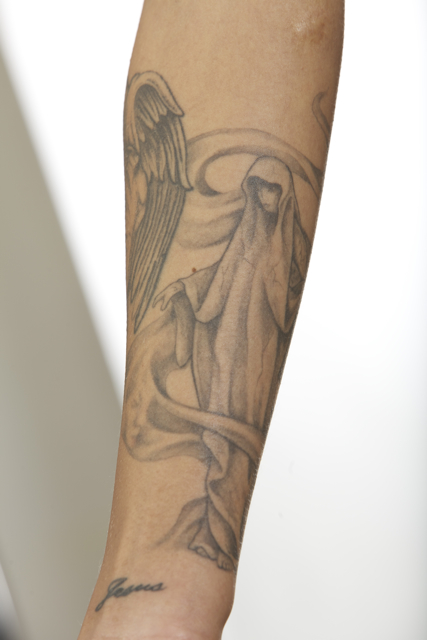 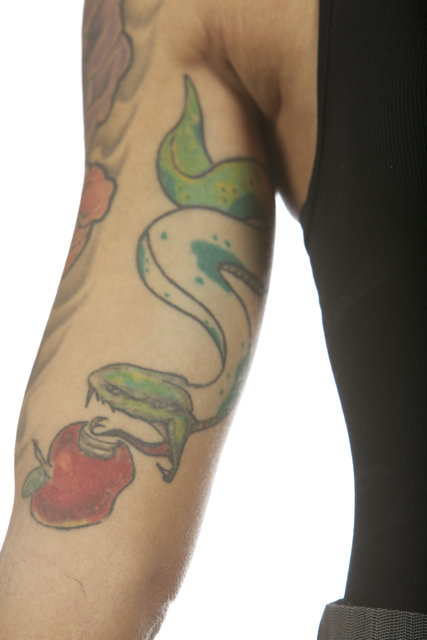 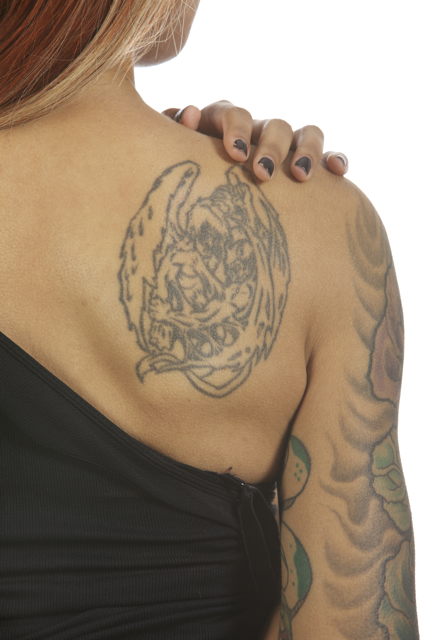 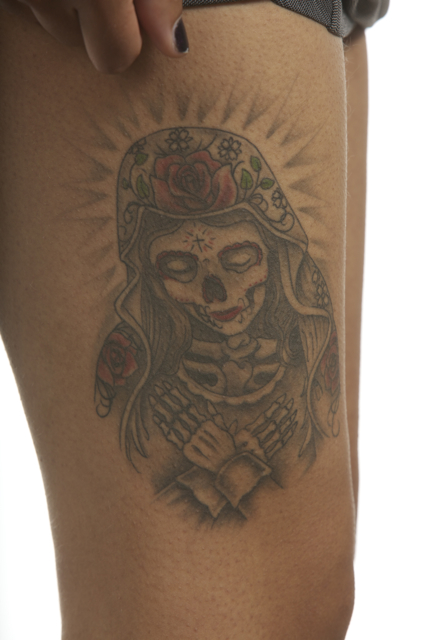 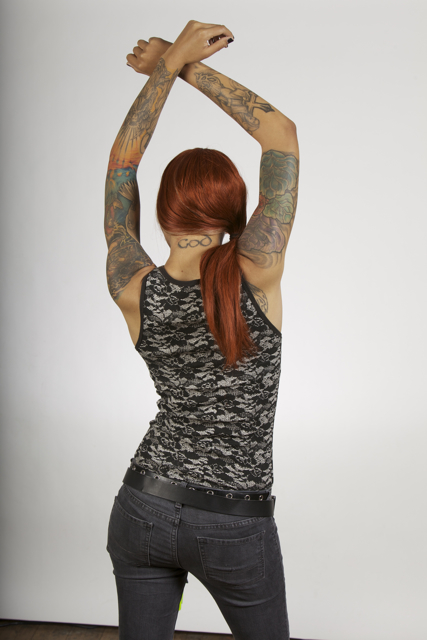