Recorded, produced and mixed by Will Putney (guitarist for Fit for an Autopsy, producer of Like Moths to Flame, Stray from the Path and, honestly, tons more), Impending Doom have announced their follow-up to last year’s Baptized in Filth with Death Will Reign, set to hit the public on Nov. 5. A self-procleaim goreship band, bassist David Sitting had this to say by way of the band’s press release:

We wanted this album to sound very natural and unpolished. There’s no crazy digital stuff. There are no fake drums. We wanted it to have the feel of our first album with the songwriting from the last one. We’ve gotten better at song structures and so forth over the years, but we wanted to recapture that old-school vibe, too. 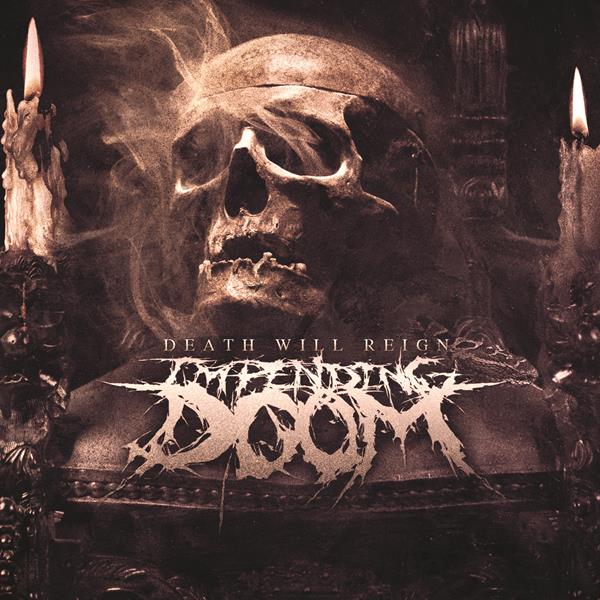