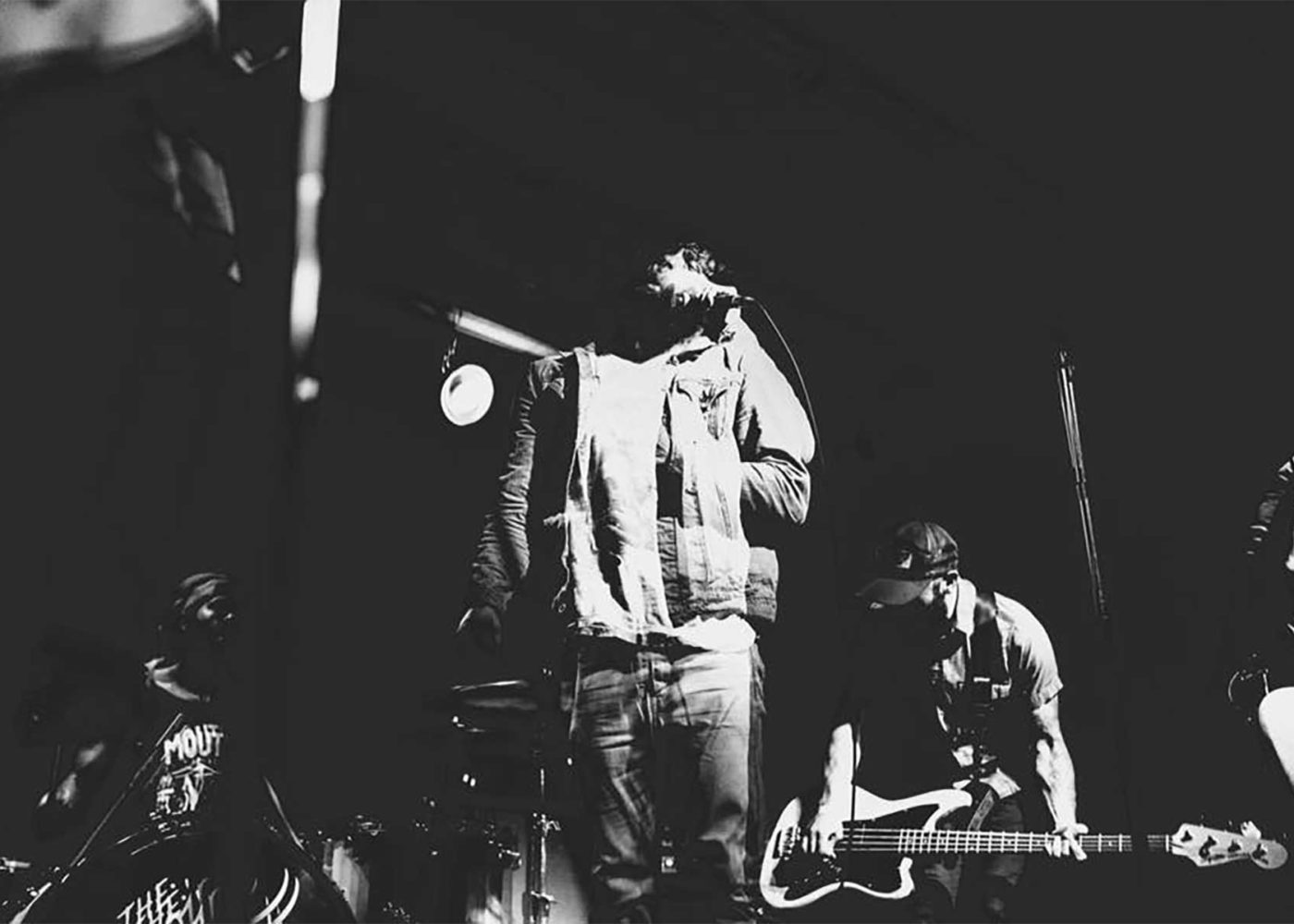 "I'm 25, and I enjoy talk radio more than I enjoy listening to music on the radio; that's where I am right now in my life." The Ongoing Concept evolves but stays eclectic on their latest, 'Places'

Seven years ago, a band with remarkably unusual taste came bursting out of Idaho. With a tendency of groove-funk laced with full-on breakdowns, they were like transplants from the ’70s who implemented the screaming joys of metal. The Ongoing Concept’s uncanny ability to solder genres together in a sleek and curious way made them a new musical species the industry had never seen. Now, in the third stage of their collective evolution, the band has a trio of albums of entirely unique material to their credit.

Places is the third addition to the TOC discography, the most recent release in their canon. It wouldn’t be right if they repeated themselves, so, in a new twist on their ever-evolving formula, this album continues to cast a wide sonic net. With representation from jazz, funk, rock, blues, and metal, it puts instrumental layering and arrangement on an elevated platform. It is so-well done, however, that it’s nearly impossible to tease out one defined genre from the next.

The result may be in part to a new cast of characters. When there is turnover anywhere, a band’s sound naturally drifts to the melding of the creative new minds. However, there is one exception: Dawson Scholz. He’s the only original member left. He is not only the founding member, but he also holds myriad of roles within the band. Will The Ongoing Concept’s most vocally subdued album yet allow Scholz and the band’s fans to sense the level of maturity the band has experienced since their sophomore album, Handmade, came out? With thoughtfulness and careful wording, Scholz talked about Places and just how much of a reflection the album has become of this chapter in his life.

HM: Tell me about Places. It’s spans a wide chasm in terms of sound; you have little a little bit of everything in there. What made you want to do (the album) that way?
Dawson Scholz: Every single album we’ve created has a little bit of everything. Saloon had one song that was crazy fast, one song that was slow, and I considered that diverse. Then Handmade came out, and it was kind of the same concept. I feel like Places is the same kind of thing, where every song is a little different. I feel like Places takes a more “poppy” approach; there’s not a lot of screaming on it. There are a few songs that have it, but this album has more singing and more elements that you can hum to the tune of and have it stuck in your head.

I’m 25, and I enjoy talk radio more than I enjoy listening to music on the radio; that’s where I am right now in my life. I wanted something that I would enjoy if I put on my CD and listened to it. I don’t want three albums that sound exactly the same. I have to feel like I’m progressing as a musician or progressing as a person. Doing the same thing that I did four or five years ago would tear me apart. I’d feel like I was recycling old material over and over again.

One thing that I think is interesting about your band is that you try different styles of music that are hiding in plain sight, but nobody else seems to recognize as a potential combination of sounds. I saw some of your fans on Facebook calling the new songs groovecore, because it’s funky and has just a little bit of metal. What makes you come up with those combinations?
That’s funny they’re calling it groovecore… “Shake It” is my favorite song off the album, and that one’s super groovy. And there’s “Punisher,” too.

When I do listen to music — which is rare these days — I like bands like Dirty Loops and jazzy stuff like Snarky Puppy. My favorite band right now is called Don Broco; they’re from the UK. I love music that has a spin on having energy but also having a breakdown that’s not always intense, in your face.

I have a formula in my head that works somewhat well, but I’m always trying to expand on it, change it up, and go out of my comfort zone. On this album, we had three new members that were involved, and they brought more to the table than I expected. They helped me expand a lot on ideas in that realm.

I like dynamics a lot, so I really enjoy the fact that you can have a song that’s incredibly heavy and you can drop it down to a dynamic point that’s not nearly as heavy. I know a lot of bands do that already, but I don’t think I could go from incredibly intense music to straight acoustic or something. I like that The 1975-style of in-the-pocket with drums; (I like) starting there and building myself up to a 4/4/4 cymbal and snare. That’s the structure I usually start with, then I rework the parts around as I see fit. I play drums myself, so I create most of the drums parts to begin with, and then do all the guitars, and then the bass, then the vocals. 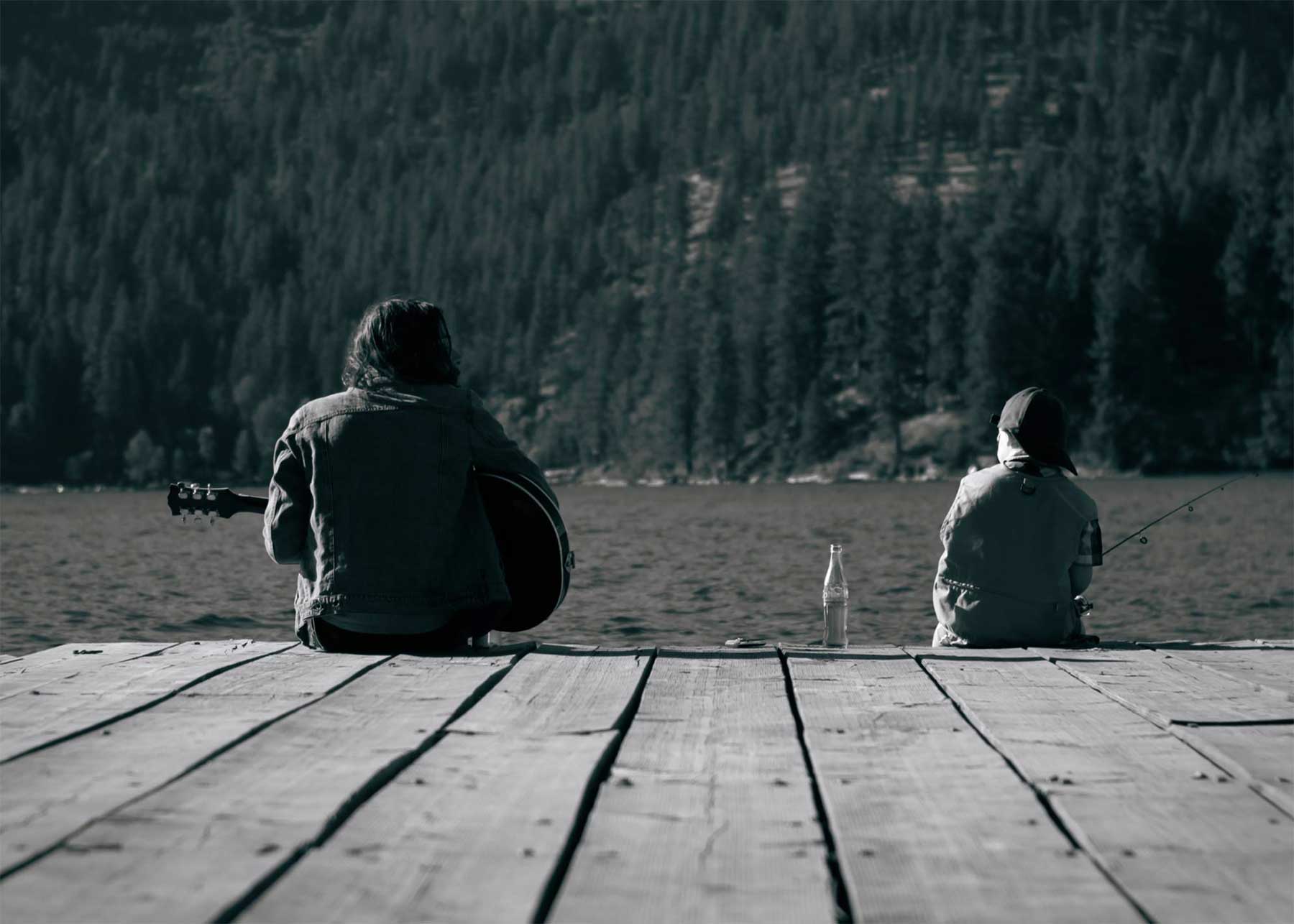 So you do all of the arrangement and write all of the music as well?
I’ve written, like, 95% of everything. This album was a little different because I did have a couple of the members that really had some creative aspects with guitar and everything. I make a rough thing and everyone comes in, adds a little spice to it, and makes it better.

That’s a lot of work on your end. You wear a lot of hats.
I’ve done it since we started the band. I do all my own music videos, and I mix and master everything myself as well. I’ve been doing it for so long that it’s standard procedure.

I have three new members now, and they all were working (labor-intensive) jobs 50 hours a week during recording. They were hardly ever able to come over, and, when they did, it was like speed mode; we had to get stuff done. So me being able to create all of this production and demos and stuff for them to add creativeness to the song made it so much better than having band practice every day or writing songs in a garage or something like that. So it worked out, in that sense.

You had basically two-and-a-half albums worth of songs to choose from for this album. How did you pare that down?
Handmade was a great album. It hit on a lot of skills with the fact that we created all of our own instruments; it was a new thing that no one had ever heard of. So, coming into this album, it’s like, how do I do something better than that? I had a lot of songs structured out, and I cut so many of them because I wanted ten songs that were worthy of this album.

The song that surprised me the most was “Bargain.” It was so different from the rest.
That song was about my girlfriend. We went through hell and back. I was working so much on this album by myself. I love her so much, and I felt like I was not keeping up my end of the bargain by spending time with her throughout this whole record process. She was a trooper; it was tough for her. I felt like I was not there all the time with touring life, in general.

That song is more of a ballad; I have a ballad on every album. I always try to do at least one, and it’s always my more-personal, emotional thing. It was basically me being like, I need to write a song that’s a ballad, I need to write it about something I care about — which, I care about all the lyrics that I write. This one’s for my girlfriend, she deserves it, she’s been through a lot. She’s so great.

It’s really good to have that kind of support. I think families of musicians are some of the most unsung heroes.
But everyone wants to be a musician and tour. It’s fun, it’s great; I’ve been doing it for seven years now, but it’s had its consequences, and it’s had its challenges. I think a lot of people think it’s all just fun and games.

The Ongoing Concept was posted on November 23, 2017 for HM Magazine and authored by Danielle McCallister.