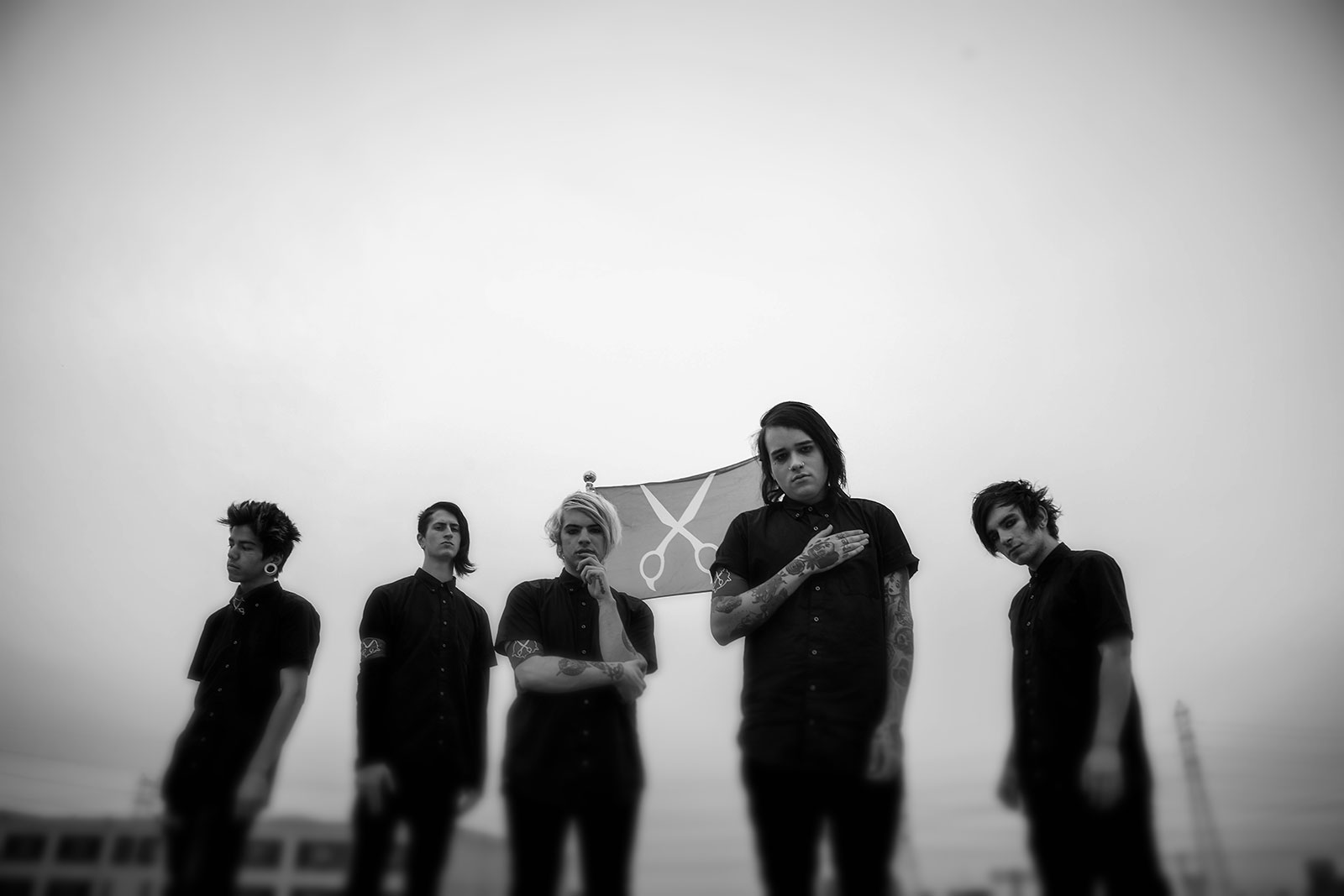 The Guts of Sworn In

Not much of a talker, Sworn in vocalist Tyler Dennen steps out to talk about the band’s drastic new approach to songwriting on their two-sided album, the lovers/the devil, and what song most resonates with him among the many stories he tells on the album 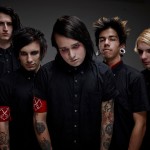 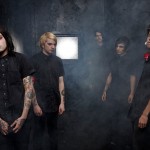 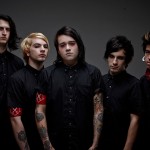 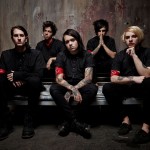 Let’s get into the new album, because that’s what we want to focus on. This is your second album. What are some things you learned between this and your first album?
From the first studios, really, it was a shot in the dark. We just kind of went into it — it was the first time professionally recording. We just kind of went in there, was super pressed for time and did our sh-t.

This time around, just ’cause the year of separation, you have the whole thing written out. I had the concept completely thought out and really, like, really had the entire story I really wanted to tell, rather than, I’m coming up with it on the spot. That is one of the bigger differences.

It seems to be a pretty dark album.
Yeah.

In a lot of ways: musically, lyrically. Some phrases that stuck out to me, in the song “I Don’t Really Love You,” you say, “Love is dead,” stuff like that. “Sunshine” was a pretty intense song. Is this a story, individual stories? Let’s talk about that.
It’s a two-part record. The first half is called “The Lovers,” and it tells the story of a desperate, romantic type, receiving unrequited love from a female, and every song delves deeper in the male character, whose psychotic at this point, and as the scene progresses and we get to the halfway mark — the roles switch, the guy hits his breaking point, the girl realizes, damn, I fcked up, and it’s too late.

It’s the product of a lot of things that have occurred over my life, you know, with affairs, relationship back then, people I know. It’s a cautionary tale about love, I would say.

It is a story, but it’s also, like you said, it seems to be influenced from personal experiences. Is that what I understood correctly?
Yeah. It’s not so much one specific personal experience, but rather a collection of observations.

Is this some of your own love life, too, or is it more love life that you’ve observed in other people?
It’s a good mix.

Are you the main writer, as well?
I write all the lyrics. Our drummer, Chris, writes all the music.

Tell me about how you guys pair your lyrical content with his music. Do you guys work together?
We kind of do our own sh-t, and the other times come in to the studio, we spend time together and figure out which lyrics fit over which song. As he’s writing the music, I’ll be writing the lyrics. We’ll check in with each other. It’s like that. It’s a good mix of working together and doing it solo.

Are there any songs in this album that mean something specifically to you? Do you have a favorite?
I think my favorite on this CD is probably our song called “Pocket Full of Posies.”

Any reason in particular?
The lyrical content is the most personal stuff I’ve released, and the stuff I’m most proud off.

Do you want to talk a little bit more about the song?
The song is basically about emotionless sex. That’s something that most people who are sexually active can relate to. Having sex with somebody that you don’t love is extremely empty and extremely depressing. It’s a dark cycle, and the song is basically just about that.

I noticed you said earlier that it’s cautionary. Do you think, maybe, you are telling some people, “Don’t do this, it’s not worth it”?
Just letting people know that they need to get what they feel they deserve, and not sticking around with something because of bad things that have happened , not doing what’s best for yourself, and not drowning, essentially.

I just want to clarify the devil half.
I kind of ran through it but “The Lovers” half is, the male lead is playing a psychotic, over-obsessive romantic and the female lead playing a cold, distant person, and “The Devil” happens where it switches (sides). The whole thing is supposed to be indicative of: each person has a lover and a devil inside of them.

Let’s talk about the music, too. It’s pretty heavy in a lot of spots, and yet there’s so much going on as well; I heard a little electronic stuff here and there. You said your drummer makes the music, right?
Yeah.

What were some of the ideas he wanted to get into with the music?
We wanted to put something out that was not boring. We didn’t want to have any tracks where someone was, like, Alright, I’m going to skip this one. It was something we wanted to be intense, we wanted to be emotional, we wanted it to grab people’s attention from the get-go and keep it until it’s over.

You tried a couple new ideas, it seems.
Yeah. We tried very hard to be very theatrical.

What to you is good crowd participation? Since, obviously, you are on the road a lot, what do you like to see in a crowd?
I like it when I see people singing along; moshing, I could give two sh-ts about. Just seeing people make that connection to the music is what keeps me going.

Wow! What do you like about Thrice?
Everything. I mean, can’t pick one thing from it, honestly.

They are my absolute favorite band, too.
I bet you got three Thrice tattoos.

(Laughs) I just got one a month ago, on my arm.
Oh, yes. My first tattoo was The Alchemy Index on my forearm.

Nice. What are the other two?
I got an Identity Crisis tattoo and Vheissu.

That’s so cool.
That was the first band I ever went to go see live that I connect with a lot. Other than that, outside of the realm of the music we play — I really like the music group Die Antwood. I don’t know if you’ve ever heard of that?

Oh, are they the South African group?
Yeah. They’re like South African rappers. I just think everything about that group is the coolest fcking thing ever.

They were in that movie, the Chappie movie, right?
Yeah. I just saw that the other day, actually. Fcking insane.

It was. It was great. Are there any bands you would like to tour with in particular?
Yeah, there’s a bunch. I’d really like to tour with the band Motionless in White. I consider them as a similar mindset to ours when it comes to theatrics, aesthetics and doing cool sh-t. Other than that, I would love to tour with the band Between the Buried and Me because I love their music. Other than that, I don’t really have a huge preference on who we tour with as long as we’re out there on the road, being able to make new fans and stuff; it’s what I really want to do.

Absolutely. Do you have any other tour set for this year, or is it too early to talk about some other tour?
Yeah, right after this tour, literally the day it ends, we are in Las Vegas on our first ever headlining tour. That will be for about a month. After that, we are home for about a week and then we go to Europe for a month.

Sweet. Have you ever been to Europe before?
Yeah, we went last year. It was a 30-day headlining tour there.

How was Europe compared to America? Was there any major differences with the fans?
The country itself is beautiful. There is a lot of similarities and a lot of differences than in the States. The shows were, you know, not great because it was a year ago before we had really progressed, and we were headlining, too. Some days, there would be 150-200 kids pay to come to see us, some other days there would be two kids here to see us. Do you know what I mean?

It was, it, kind of just like starting over. It was like doing our first tour all over again, which ate sh-t. It was a very humbling experience to say the least.

Alright, we wish you the best of luck. Hope you get better!
Absolutely!

Sworn In was posted on April 20, 2015 for HM Magazine and authored by Jordan Gonzalez.