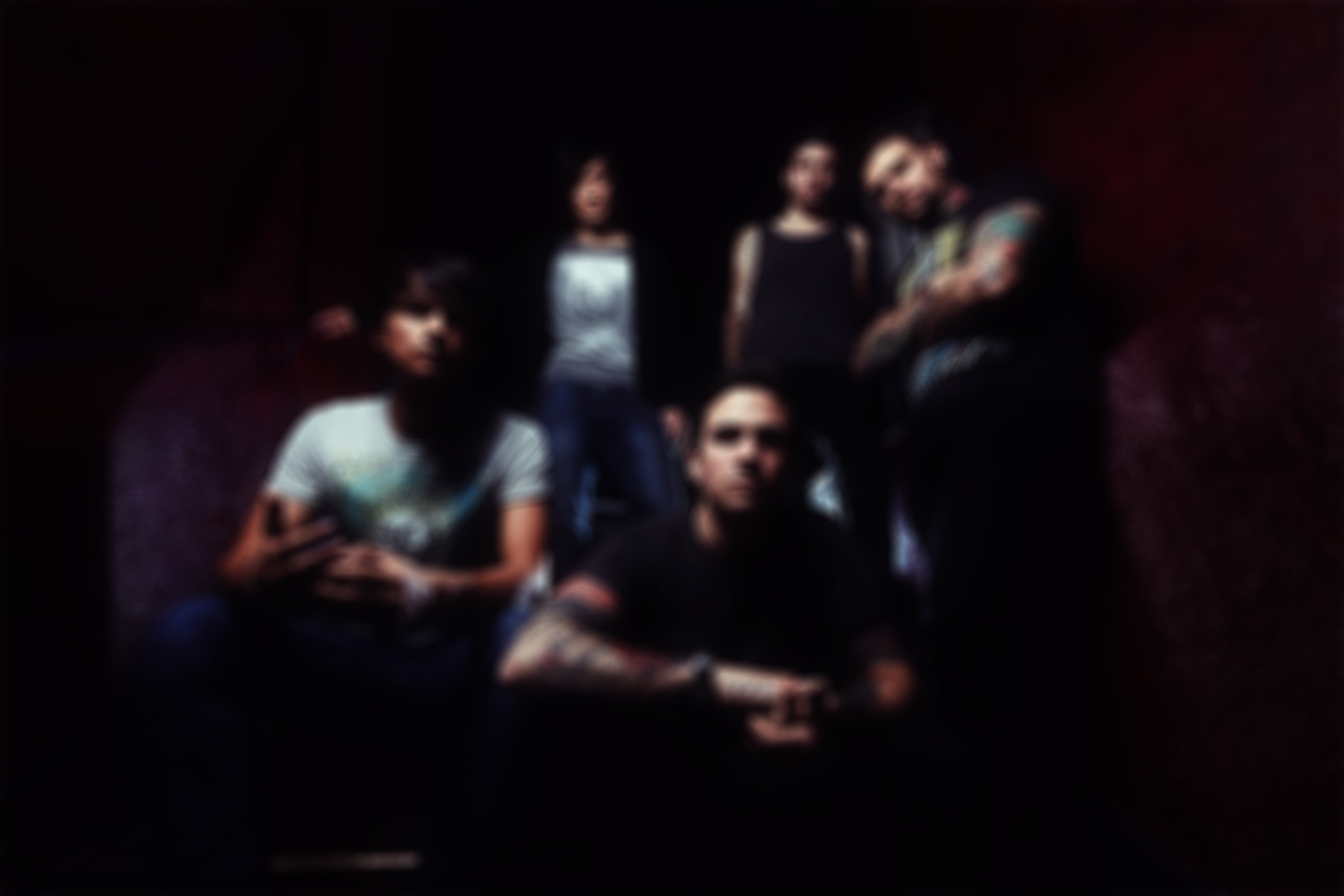 The five French dudes in Merge have landed Stateside

When Julien Ho-Tong founded Merge in 2011, he was treading unchartered territory – he had only recently started listening to the metal and hardcore genres a couple years back. He was always a fan of rock, blues, jazz and funk, but after attending an Underoath concert in Sweden with some friends, he was intrigued by what he heard. After hearing other post-hardcore bands like Thursday, ISIS, Godspeed You Black Emperor and Emarosa, he got the notion that he wanted to start his own heavy band. “I (thought I) should give it a try,” Ho-Tong said. “I didn’t want to start a project just to play once and a while. I wanted to do something serious and see where it gets us.”

After posting on music forums that he was looking for musicians interested in forming a hardcore band, he was soon surrounded by complete strangers who were experienced in the hardcore/metal genres, all who agreed to start a band. “Before Merge, we didn’t know each other at all,” Ho-Tong said. “We got really close because we started to tour and we were really enjoying playing music together. We had the same passion. It was pretty natural.”

Ho-Tong says their style hovers around hardcore, and although they’ve dabbled in metalcore in their Transmissions EP, he said, but prefers the flexibility of the hardcore genre. “If we picked one genre, I’d say hardcore,” he said. “It’s a genre (where) you can mix in a lot of styles with your music.” On excessive breakdowns – which have become quite a popular feature in metalcore – Ho-Tong said they’re not fans of the practice: “Yea, we don’t do that.” Just a couple years old, this Paris, France import and their debut album, Elysion, seems like it could also fit the post-hardcore genre, as well, with their slick balance of screaming and singing.

Lyrically, Ho-Tong says they like to delve into themes that allude to ancient Greek and European Renaissance literature, as well as the common themes of everyday life. The name of their full-length, Elysion (Elysium in English), refers to the Greek afterlife that was for the heroic, righteous and those deemed worth by gods. The same location also makes an appearance in Dante’s “The Divine Comedy,” which is referenced several times on the album. “In the Greek mythology,” Ho-Tang said, “Elysium is the place a few people living in hell and reaching a certain level of wisdom can go. This is the metaphor we’ve chosen for this album.”

A lot of the songs in the album use real-life issues as a metaphor for this place. On the album, Ho-Tong examines why some people don’t think for themselves and blindly follow ideologies and authorities. “(These people) are just following culture, religion and people, without asking themselves, ‘Is this the right thing to do?’” he said. “Is it my decision, is it my will,” which he says is what they are trying to relay in the album’s message. “Daily Grind” is a good example of that message, Ho-Tong said, as it is about people who live their lives doing something they don’t like. “We wanted to talk about how every morning we wake up to do the same thing we don’t like without finding a new solution to do something else or something by our own.”

Although they sometimes sing about religious themes, Merge doesn’t adhere to any specific faith or ideology, but Ho-Tong describes them as a positive band. “We want our lyrics to always give out a positive message. We sing about religion and culture, but we don’t identify with any particular religion.”

Ho-Tong said they focused on branding their own sound in Elysion. With Transmissions, he knows the sound wasn’t very unified, with pieces of rock, hardcore and even metalcore making appearances. “What we wanted to do with the album is find a common ground,” he said. “Of course, we are the ones who wrote this album so we don’t have the power to judge how it is now, but we feel like it is more mature than the EP.” Overall, the band feels like Elysion shines amid these concerns. “We are all pretty happy about the result, but now let’s see what the people will all think about that.”

While they’re not recording, Ho-Tong says they’re focusing on the live show, which is very important to Merge. “A lot of good hardcore and metalcore bands have a very cool sound, but are not very natural,” he said, noting there is often excessive studio editing and correction. “We are trying to always thinking about how we will play live.”

Now that their full-length is out in the States, they are going to continue to tour, with hopes of touring the U.S. soon. Their signing with Illinois-based Red Cord Records has given them hope it will happen soon. In Europe, they’ve played with several big names in hardcore, including Chunk! No, Captain Chunk!, whom Ho-Tong describes as their friends.

They’re focusing on a U.S. tour, he admits, because it’s often very difficult for hardcore bands to sustain a living on they style of music in Europe. “We don’t have that much people that are listening to this kind of music,” he says. “(The hardcore genre) is not as big, and U.S. tour support is hard, too, because if you don’t tag along with a big band in Europe, it’s hard to make it as a smaller band.”

Merge was posted on March 3, 2014 for HM Magazine and authored by Jordan Gonzalez.