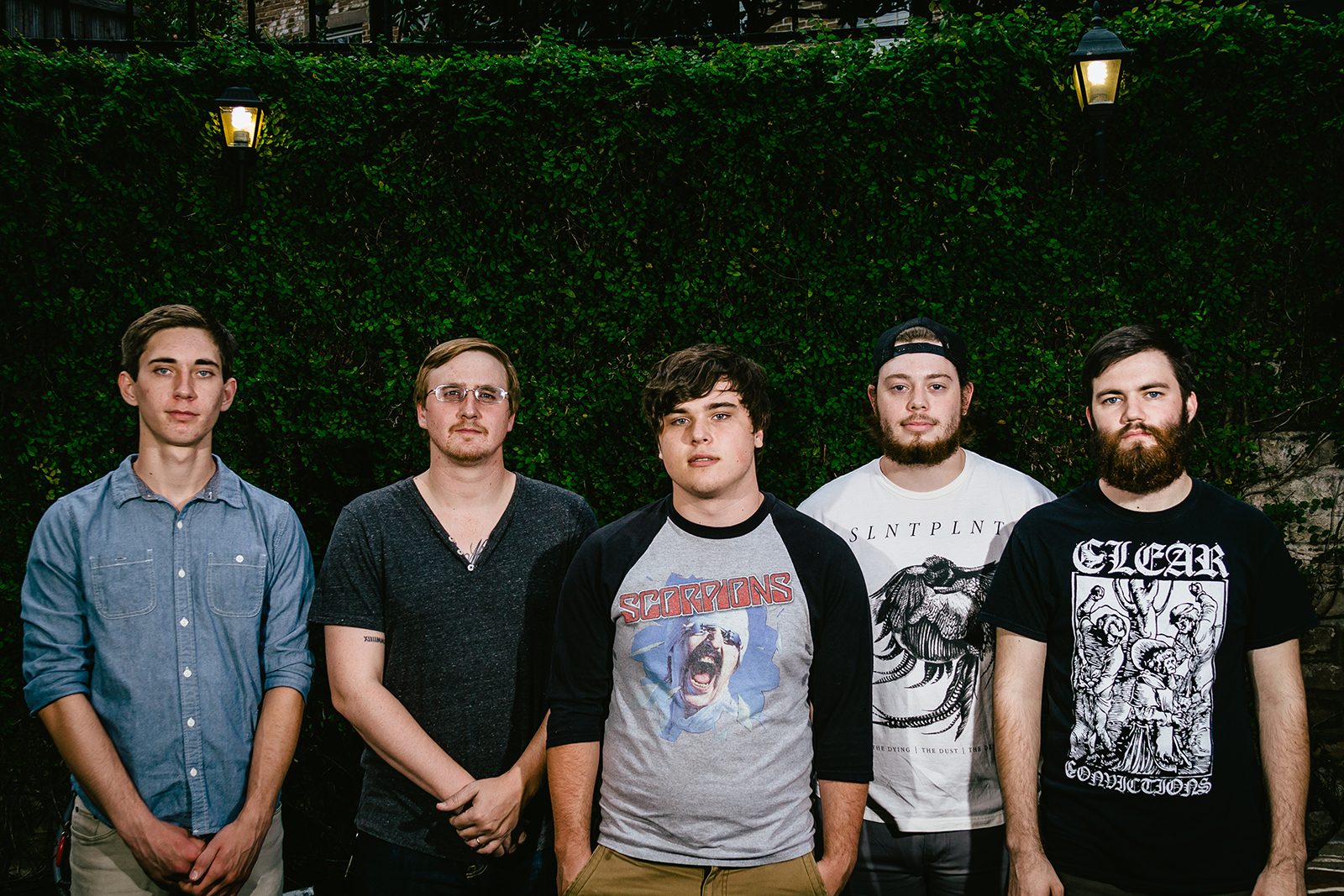 Me and the Trinity

Southern metal finds a home in the Trinity

With the name “Me and the Trinity,” people will undoubtedly see you as a Christian band. Have you noticed that as a noticeable hindrance as to how your music is received?
Evan Dixon (guitarist): I don’t think we’ve seen a lot of backlash or negative response based on our faith. I’m not even sure we would call ourselves a Christian band, since not every band member is a believer. We write the music we would love to hear and our live performances are specifically designed to arrest attention and entertain, which I think we do successfully. The trend I’ve noticed in the heavy music scene is that, if a band is writing well-thought music, they will be listened to regardless of their ideology. As a believer, I find that encouraging because those of us in the band who are Christians are afforded a platform to be honest about the driving force of our lives. So the short answer is no, we haven’t seen people refusing to listen or pay attention simply because a few of us very openly declare allegiance to Jesus.

Timothy Burnsed (vocalist): I don’t know. I think there are some people out there who will see our name and be like, “Nah, I ain’t going near that.” We actually had a little run-in with a person like this recently. Whether his intentions were to start an argument or if he really didn’t want anything to do with Christians or faith-based music, I don’t know. At the end of the day, even if something like that does affect the way people view our band, we are still doing what we love for the purpose of entertaining and showing people something positive.

What were some of the first metal or hardcore albums you listened to? How did they impact you?
Burnsed: I was an O.G. in late middle school. Rap was the only music that made any sense at all, until I realized I was being a little silly. It was Linkin Park’s Hybrid Theory — that’s metal, right? — that served as a transition from rap-to-rock. Such a great album.

From there, Deftones’ Adrenaline was my first truly heavy album. I remember buying that because the back cover made the band look like they were just some kids on a stage, and, immediately, it popped in my head: if they could do it, why couldn’t I? I jammed that for a while, fantasizing about playing in a band. I know this isn’t a hardcore or metal album per se, but a few months after that, I discovered and absolutely fell in love with the greatest band in the world, Thursday. Full Collapse was the album that made me realize I truly wanted to play music. I got my first guitar after listening to that album for months on repeat. That’s pretty much where my musical journey began. As far as metal or hardcore, I accidentally came across Norma Jean because a couple of my mutual friends from my hometown knew a couple of guys in that band. One of those friends gave me O God the Aftermath. At first I was like, “What the heck is this?” That album became, and still is, my favorite heavy album in existence. It’s what got me into this genre, and it’s why I play in a heavy band now.

On Facebook, the band is labeled as “Southern metalcore.” Where does the “southern” aspect come out on Cruz?
Burnsed: The Southern aspect of Me and the Trinity has always been a major element in our playing, and, in part, our writing for previous releases. We brought it out more with this new album, though. It’s what we wanted to do. Considering Crux, I definitely believe it shows up a lot more in the music. We purposely tried to add a more raw element to the tunes this time. Something we all agreed on this time around was for it to sound a lot more like our live show. Doing that made this release something we are all much more proud of than our previous releases. That live, raw aspect goes hand-in-hand with a Southern-style of writing. Heck, I came from a small Georgia town that’s famous for its onions, so I had a lot to yell about because I didn’t really care for onions at the time. It’s just a part of who we are. Except our bassist. He’s basically a Yank.

Dixon: I think that Southern-ish sound on Crux comes out, in part, due to the mixture of influences we had writing the album. We all love those raw sounding bands like Norma Jean, The Chariot, Every Time I Die, He Is Legend. Some riffs are simple, some are complex, but all are to the point. It all comes together to give the album a consistent punch that’s pretty commonplace in metalcore. The Southern stuff just comes out.

Like Tim said, it’s just a part of who we are. As a band, we’ve spent the last couple years trying to find our sound, and when we started writing this new album, it just clicked. We were all like, “Yeah, this is what a Me and the Trinity album is supposed to sound like.”

Tell me about the lyrics to “Learn.”
Burnsed: (Laughs) I knew “Learn” was going to be that song. Those are probably the most “out there” lyrics I’ve ever written. The song is about me turning to alcohol as a vice to try and cope with my parent’s divorce. In the lyrics, “her” is that situation personified because it essentially took on a life of its own in my head.

It’s about me trying to deal with witnessing something I love fall apart. I didn’t want to deal with it directly, so I tried to drink the pain, anger and guilt away, thinking it would eventually just go away. It didn’t work. It doesn’t work. However, by God’s grace, I learned that it gets better, and I started to heal.

No matter the vice, someone is going to try to use something to deal with guilt and sadness over losing a loved one or making a bad life decision. It’s never going to fix the problem. Whether it be alcohol, drugs, sex, self-harm, literally anything, it’s just a habit that will only drag you further.

Aside from that, all of the songs on the album have something to do with crossing over some kind of barrier. The idea of “crux” is that if you find yourself in a difficult situation, you are able to make a choice. That choice will be a defining moment for you. Whether it’s the right choice or the wrong one, you’ll learn, and you’ll grow.

You have had some great shows opening for bands or festivals. Who were the bands you were most excited to share the stage with?
Dixon: We’ve played with Norma Jean a few times; every time, it is an awesome experience. They’re one of the biggest influences on us as a band, so it’s cool to share the stage with them. Me and the Trinity actually played a Norma Jean cover set for a Halloween thing once, so it’s kind of crazy going from that to actually opening for them. We’ve played with plenty of other bands we love like The Chariot, Emery, Oh, Sleeper and tons more.

We played a day on a two-day festival earlier this year in Jacksonville called Southeast Beast where we opened for The Story So Far, The Wonder Years and a ton of bands that are outside of our genre. But it was a great experience, and we were really fortunate and grateful to do something cool like that. There were probably over 50 bands. It was insane.

Me and the Trinity was posted on December 1, 2014 for HM Magazine and authored by Sean Huncherick.