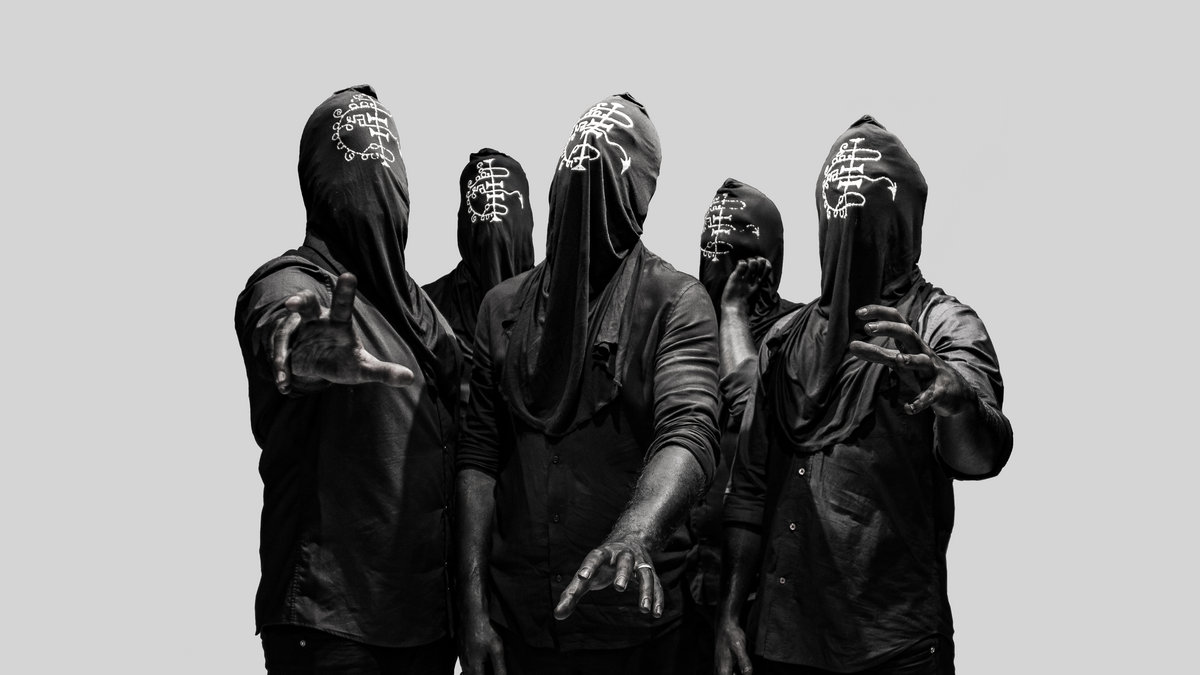 Most likely, the first thing you think of when you hear someone talk about Portugal is probably Cristiano Ronaldo and his massive impact on the sport of soccer or that Portugal bookends Europe; it’s almost a guarantee the last thing that comes to mind is black metal. GAEREA is redefining that association not just for fans of soccer (or Europe) but also for the discerning ears of metal listeners. Currently, the band is signed to Season of Mist Records, a massive label that features many top-tier black metal acts in the scene today, such as Rotting Christ and Archspire. With the support of their label, a unique depth of both vocal and musical range (particularly in a genre that can be overly repetitive), and the mystique surrounding the band’s image — they perform in secrecy, a la Slipknot or Ghost — they are seeing rapid growth in support. Formed in 2016, GAEREA specializes in a dark, heavy, and driving rendition of black metal exemplified by their most recent album, 2020’s Limbo. It’s a gem for black metal fans, a look into the small-but-growing unadulterated Portuguese metal sound. Andrew Voigt, contributing writer to HM Magazine, sat down with GAEREA to discuss the band’s music, their mysterious name and image, and how office work can be art.

You are from Portugal, correct? How are things going for you guys there?
Yeah, everybody’s based in Portugal. We’re actually allowed to finally do something besides stay at home, which is good. We’re having two shows finally this month, so, yeah, we’re really looking forward to getting back to some normality, at least.

GAEREA formed in 2016. Your most recent album, titled Limbo, was released last year (in 2020). How do you feel it was received by listeners?
I still think it was the best time for us to release an album even though we couldn’t tour — and we still can’t tour. It’s our most successful album so far, streaming-wise and sales-wise. Even the band grew quite a lot, even if we’re talking cybernetically. I think even the theme of the album, the continuation of the Vortex Society, struck really well with people in these pandemic times. Of course, we were not thinking about having a pandemic (laughs). 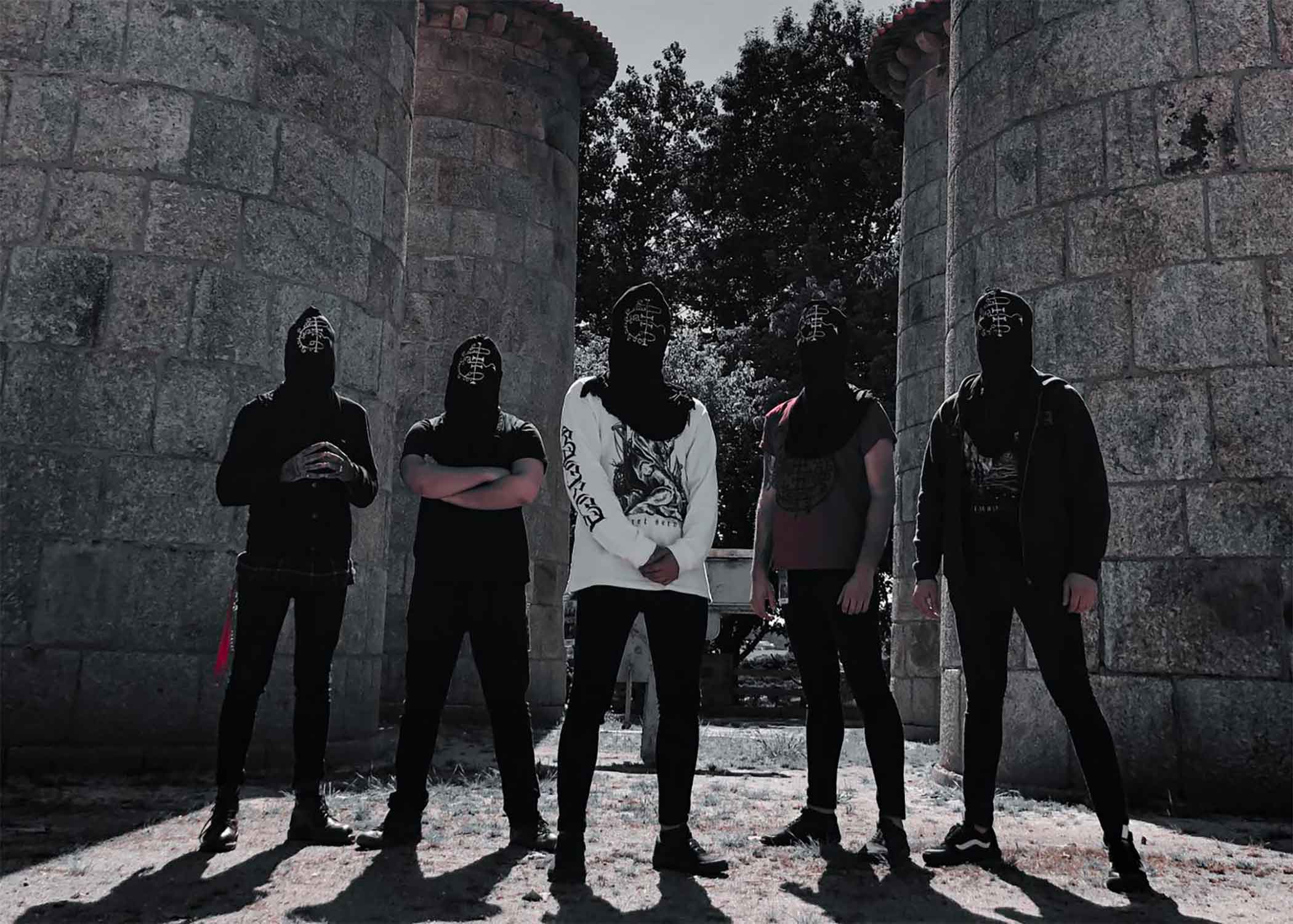 Are you excited to get back on tour?
Oh, fuck yeah, man. We have a long touring schedule to fulfill. If everything will happen in 2022, we will actually not stop. Really can’t wait to change my life to just the band stuff. It’s something we’re really, really looking forward to. We have the first big European tour coming at the end of January. It’s actually a tour that’s been delayed one-to-two times already. We really, really can’t wait for that. I think the Limbo promotional cycle will only end once we tour at least once or twice in Europe and other continents.

We need to meet with people. We need people in this band and we need this connection because we are inspired by people in our lyrics and our themes. We need people in our lives. This band needs people to watch our shows and (we need to) meet (them) at the merch booth. We really need that (with) this album; otherwise, we won’t move forward to a new one.

When you wrote Limbo, was there a theme to the record?
Yes, it’s what I thought would be the fairest continuation of the Vortex Society concept we started to develop in the Unsettling Whispers album. It’s another perspective of the same reality. Everything is imagined in our heads. It’s this bleak society where we tweak some stuff. It’s like an experiment of our minds, and we let it flow through the lyrics and the texts we have in our booklets.

Limbo is a continuation of that same concept from another perspective because I thought it would be fresh to give it a new look. We were definitely not the same band in the Limbo creation process as we were on the Unsettling Whispers album. The band is different, some members are different. We were not a touring band yet when we were writing the Unsettling Whispers album. Living as a band on tour and dealing with a lot more professional stuff and dealing with everybody around us shaped what Limbo truly is.

GAEREA has a visual presence of secrecy, particularly with the masks. What’s the meaning behind this?
Well, I don’t think people care that much for our faces. We don’t care; we’re not celebrities. Nobody will care about our faces if we decide to show them. Actually, nobody cares about anyone at all. We’re just people and nobody’s truly important, I guess. We’re millions of people on this planet, and I think art is one of the things we all share. All of us are artistic creatures. Even a guy that works in an office or a mechanic can be creative sometimes. I think if our art is unique enough to define us, we don’t need to show our faces. I want people to see us live and listen to our songs and relate to the concept that we always talk about, which I think is something unique for us. I don’t want people to focus on how we look or how many tattoos we have. We don’t care about that.

What does the name GAEREA mean?
It means “us.” When I created this band, it was just a name that popped in my head. GAEREA sounded like a cool name and a new name that, in the long-term, could only describe one thing, which is this band. I don’t want people to relate our name to other stuff, so let’s create something that, in a long-term scenario, can only mean this band and will not be confused by anything else. It means us. It doesn’t mean any demon, it doesn’t mean any, well, washing machine or whatever (laughs). It means what we do in our artistic lives. If people mention this name, everybody that knows the band will know it’s the band.

Are you planning on touring in North America?
It’s a goal of ours. We have good connections, we have good promotors, and good agencies in the U.S., so I think it’s a matter of time for things to really calm down. I don’t think it will be this year. My bet would be next year we try something in the U.S.

GAEREA is doing a new poster series. What inspired that?
This year, we’re celebrating five years as a band, five years since our first release, which will be in November. I wanted to celebrate it in some style and with some back story. We’re not a band with 20 years of existence, but I do feel that these five years were a really intense drive in my head and for my bandmates. We let go of a lot of our lives to focus daily on this band.

I think we have enough back story to tell people, so this poster series is eight posters. It’s a subscription and it will be an eight-month secret poster revelation, so every month people will see a new poster. There’s a story in the poster: a personalized message from all of us to the people, because we do know it’s an expensive item. We do care for the people who care that much for us, and we want to be very exclusive to them and write to them, thanking them and letting go of some of our thoughts to those people so they have more direct contact with the band itself. I think they deserve that.

You also recently announced a guitar strap series for GAEREA. How did that come about?
I was contacted three years ago by this Portuguese manufacturer called STRAP. The guy was doing everything in his little shop in North Portugal, and he invited me to visit. We built a really nice relationship from there. The guy is super cool, and he works with really good materials.

And no, we do not shoot cows to make these items. I don’t know if you know this, but we’re very famous in the leather industry and in shoe manufacturing. There are a lot of factories in his area that have a lot of leather waste. They never throw it away and they sell the high-quality parts to other manufacturers. That’s what STRAP does. We’re not buying new leather to make these straps. We’re still doing leather; it’s full leather. At least we’re not directly supporting the slaughter industry. It’s the leftovers. 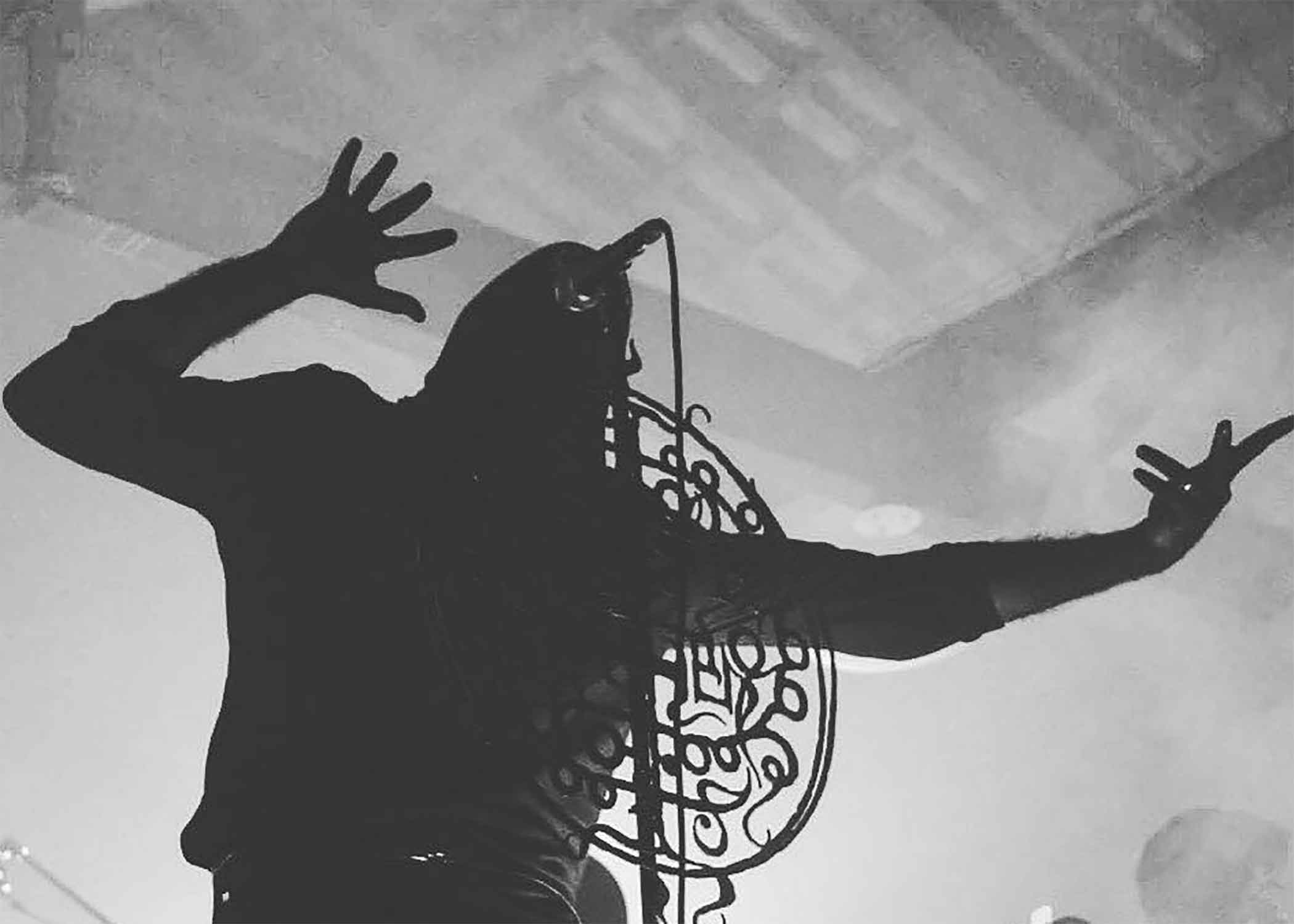 Does the band adhere to any philosophy or spirituality of any kind?
We have our own philosophies. We’re very different people in the band. We’re different ages. Some members have, like, ten years difference. We didn’t grow up together, we don’t listen to the same music, we don’t share a lot of personal moments — but we do respect each other in a life or death scenario. We really understand how each other works, mentally and physically, and we learned how to deal with that.

And spirituality? I don’t think anyone is very spiritual. Nothing at all. We’re not a spiritual band; we’re not a ritualistic band, even though there are some aspects of our looks and choirs and some songs that may relate to some ritualistic stuff. But it’s black metal and black metal is based on a lot of ritualistic stuff, so we could never forget those roots in the genre. I think they are there for some reason, and we use them and explore them in our own work. We’re more philosophical in our way of thinking and creating than (we are) spiritual or ritualistic.

With regard to your philosophy, would you consider yourselves nihilistic?
Not fully nihilistic. But I wrote in some of the texts that, at the same time, (while) we hate people because we see (each others’) flaws, it’s mandatory to love humans. We really see how humanity is really fucking fucked up, you know? With this pandemic, we saw the worst of our society. Some months, I decided not to turn on the television or the radio or whatever because it’s so fucking horrible. We hate each other, but we’ve got to love each other because it’s our source of inspiration.

Would you say you have a tension of love and hate with humanity yet you also have a desire to see humanity become better than it is right now?
Yes. I live most of my life on my own. I work alone. Well, I work with a lot of people, but most of my time I spend alone and with my mind creating stuff because I work as an artist. In other stuff, I am also a music video director. That brings (on) a lot of these thoughts, because I work with all different artists and their visions. I think we should be way better than we are right now. I think we should be way better between ourselves, at least. We’re just selfish sometimes. I don’t see selfishness on all levels as a good thing, even if I play black metal (laughs)

Gaerea was posted on May 25, 2021 for HM Magazine and authored by Andrew Voigt.