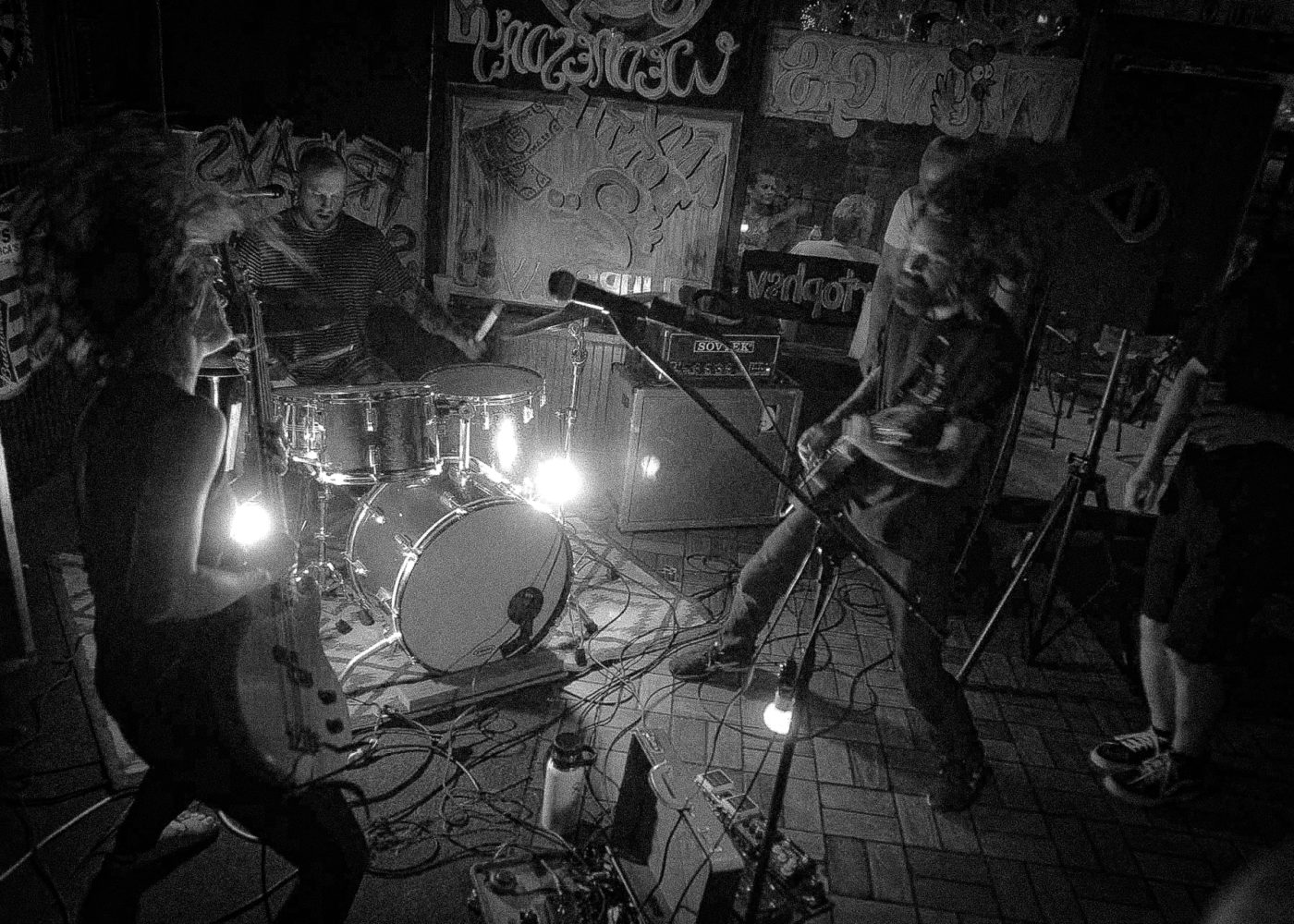 There are indisputably defining moments in the life of an artist. Not all of them are marked with awards or record sales; in fact, some of the most poignant are tethered to purpose. For Virginia-based post-rock trio Comrades, that purpose is a fluid concept as much about using their gifts as it is about connecting to the shared experience that makes them musicians. Shortly after For We Are Not Yet, We Are Only Becoming was released, Comrades took in a heavy volume of raving criticism about their new work. The work is, at times, rock and metal heavy, but it’s the easy-to-overlook-among-the-loud tracks with a sensitive and elegant pull that might well earn the highest emotional connection on the very meaningfully crafted record. It’s Comrades reaching out, fulfilling purpose, making success their own.

Not one to dwell, the band immediately hit the road to start the grind that DIY bands like themselves embrace and love. On the eve of the first night of the tour, vocalist and bassist (and genuinely kind human being) Laura McElroy described to me how one word summarized the journey to this exciting new era for the band: process.

After all, process makes purpose.

HM: I love how (your new album) has a lot of similarities to Lone/Grey, but it’s an evolution, like an album should be. What do you love the most about the new album that when you hear it you’re like, ‘Ah! I’m so glad that came through!’?
Laura McElroy: I was actually talking to Joe (McElroy, guitarist, vocalist, and husband to Laura) about this last night. I feel like the things we wrote and the things we said on the record were the things we needed to write and the things we needed to say. If it was the last thing I ended up writing with Comrades – and I’m not saying that it is – I feel like I’ve done a good job. We did our best at what we needed to do. That stands out to me. The last song, “Nightingale”? That’s what I wanted people to leave with.

People like myself spend a lot of time trying to quantify, qualify, and dissect music, but, as the artist, you have a vision for this message and this story. What is that for this album for you?
The overarching theme, for sure, is processes and how there are different things that you come across in life. I read a lot of Brene Brown when I was in the midst of writing everything and working through a lot of things that happened in the past three years. In (her book) “Rising Strong,” she talks a lot about what a story is and how there’s supposed to be an arc of how things work. We all love a good underdog story or seeing people triumph in the end, but a movie takes two hours and it’s about someone’s life that’s summarized in a little, compact-sized box with a bow on it. But, when it’s your story, it’s a little harder to move through it and remind yourself of what is important and of how it’s okay to feel and be and of how it’s okay to get from one place to another and still remember the good things and not drown in hardship. 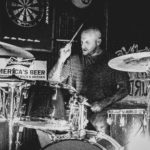 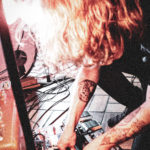 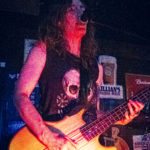 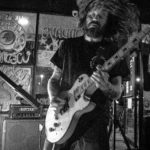 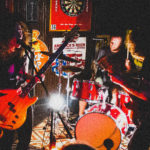 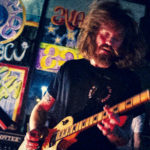 That’s a hard balance, isn’t it?
It really is. Sometimes things are kind of sucky and that’s okay because it will pass. The other day I was in my backyard, and I was like, What are these flowers and vegetables coming up? We didn’t plant anything in my garden, and I’m like what is happening? This is amazing! These things went through snow and ice and all these freezing temperatures and – because they did that – they grow. Now it’s spring, and they’re green and beautiful and the product of all of those things that they ended up growing.

On our record, one of the images I got was how… I saw it first when I was at Yellowstone. We were driving by a forest that had burned. A lot of trees and a lot of plants have to go through really harsh circumstances before they grow and rejuvenate.

And they flourish after that a lot of times.
Yeah! They were these tall, burned sticks of older trees, and everything five feet and below was a lush green sapling forest. It was beautiful. That’s just one of the images that really impressed on me with the record.

One thing that stuck out to me immediately was that the artwork is so different. Last time, it was that beautiful Celtic illustration, and, this time, you have this striking abstract photo. It fits the tone of the album so well.
It started out with an idea I had. I was playing in practice one day, and I was like: There needs to be a picture with fabric and a painting (on the album cover) with a sky and a painting kind of mixed together. I didn’t really know how to make that happen. We were in Florida in February and my friend Imani (Givertz, photographer) came to one of our shows and shot the show and she was leaving the venue and John (Gaskill, drummer) was like, What if you get Imani to do something (for the cover)? And I was like, “She would totally get it. She would get it.”

So I basically sent her fabric. I was like, “Here you go! I sent you three yards; it’s at the Joann’s by your house, you can go pick it up.” (Thank you Internet shopping!) She took her friends to the beach, and they did a shoot. It was nuts: She went on a Monday, and on Tuesday night I had 500 photos to look through.

I really felt like it needed to have two pieces of art that were close together. I have a couple of friends – I was really interested in having them do it – but I didn’t want to take someone else’s art and chop it up. So I figured I would try. There’s a thrift craft store by our house, so I walked there and I bought two canvases and some paint and spent two weeks painting as much as I could think of. And, finally, I was like, This one! This is it! I would listen to some of the songs and paint how it felt, and the one we decided on was the third or fourth one that I did. We took my friend’s DSLR, and I took pictures of it and I sent it to Imani and was like, Let’s do this!

The best part about hearing that is that the whole theme of the album is about process, and, even down to the artwork, it’s this really involved process.
It was also really cool because when Imani sent me the photos of the painting I had picked, all the photos and the painting were the same color scheme. I was just like, this is perfect.

What keeps you so drawn to doing this? It’s been a decade, so how do you still find the drive to make (your music) a priority?
When you’re on a team, there’s always one person that’s pulling ahead a little. But honestly, you just hold hands and go for it. With Comrades, if we don’t play music, something’s missing.

That’s because it’s what you’re meant to do.
Yeah, I think that’s a huge part of it. I have a job, Joe does recording, John, our drummer, has a full-time job. We all work. And I make things. I knit, and I’m now trying to sell all the paintings. I’m like, what do I do with all of these paintings? So, yeah, you just hustle in a lot of ways. There’s a lot of different ways people become successful. It would be sick if the band paid all of our bills all of the time, but as with anybody and a dream, there are some times where you have to do what it takes to keep the dream alive. It doesn’t make it less your dream, it just means you have to find balance.

The scene that you’re in, a lot of it is very DIY. The name of the game is that you hustle because you have to, but also because it’s part of the art. It’s part of the respect and the culture and I think that makes it really special.
I love the fact that DIY is very much “you get out of it what you put into it.” If you throw goodness out there, that’s what you’re going to get back. Treating people well and being an example of the things and the way you want the world to be.

Do you think the opportunity to be a part of that DIY scene carves out a unique space for you to have a different connection with your fans? Some of my favorite shows are the smaller, grassroots shows, and it seems like there’s such a strong sense of community there. Do you feel that as an artist?
A lot of times, yeah. I know there are some places where it’s more of an intentional thing than other places. Smaller shows are great, especially when there isn’t a stage. You’re on a level playing field. We’re all here being part of the same thing. A lot of people think, Oh, the musicians are up there, they’re the ones that deserve our attention. But if you didn’t come to the shows, we couldn’t do this. It’s a very symbiotic dream accomplished every time we have a show.

It’s so easy to forget that after you’ve done this for so long, but, whenever I step back and think about it, I’m like, oh my gosh, thousands of people have watched us. I don’t know if they all liked us, but those that have and supported us – and even just listening means a lot. Especially in this day and age when you can go outside and be with your friends or be on your phone the whole time. It means the world, honestly, that you would spend $10 or an hour of your time to listen to me play these songs that I wrote.

People who are listening to hear what you have to say appreciate the effort that goes into it. There’s so much music out there that’s empty noise, and you guys are so far from that.
We try to be. That’s the sincerity behind it and wanting to be good at what we do. You just work toward doing what you love, and you hope for the best out of it.

Comrades was posted on July 6, 2019 for HM Magazine and authored by Danielle Martin.