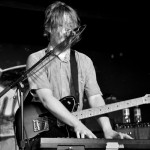 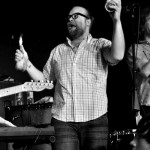 If Rubik is Finnish for absolutely crazy, then I would begin to understand their performance opening up for mewithoutYou you June 15 at Emo’s in Downtown Austin. Throwing in double guitars, double trombones, a clarinet, two sticks and a kazoo, these boys put on one hell of a show. Utilizing every member of the band and possibly a roadie or two (there were as many as eight musicians onstage at once!), the band staggered in the Texas heat and delivered a slightly neurotic showcase of hipster rock at its finest.

-One Rubik plays cowbell and also blows bubbles. The sing-along choruses remind me of Danielson. 8:09 PM Jun 15th via Twitterrific

While we are not sure that Rubik is actually HM Magazine material, in the sense that their music is formed from an evangelical worldview, but they were the opening band on the tour and we liked them a lot. 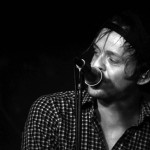 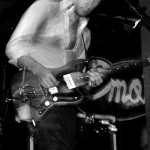 Nashville’s Paper Route took the atmosphere of the gig in an entirely new direction. The electronica-infused four-piece played a tight set of gorgeous, epic rock that featured some of the strongest hooks this side of MUTEMATH.

Paper Route bolstered its guitar-bass-drums setup with an expansive bank of keyboards and synthesizers. Singer J.T. Daly and guitarist Andy Smith locked into ethereal harmonies that soared above the spacey melodies and complex, multi-tiered rhythms.

-Last Paper Route song they broke out the two drums (and Theremin). Sounded like MUTEMATH. 9:38 PM Jun 15th via Twitterrific

While it is not often that an opening band can leave you thinking of them far into the headliners’ set, the band’s trippy vibe stood out between the spastic jams of Rubik and the frenetic, anything-goes aesthetic of headliners mewithoutYou. 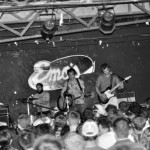 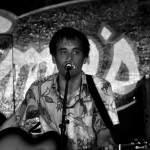 As the day turned into night, and the heat cranked up a notch, the somewhat socially awkward mewithoutYou took the stage grabbing the captivity of the audience. While it is not because the bands does much or are beautiful, it is the sheer intensity of their lyrics, music and delivery that demands your attention.

Obviously moved by his own music, front-man Aaron Weiss danced and fumbled intensely, lost in the music around him. I think deep down inside we all want to dance like Weiss, so carefree and joyous, like an innocent child. Hypnotized in the honesty of mewithoutYou, some crowd members stood perfectly still while some passerby’s danced and sang, infected by the music.

-I observe some really sweet and sincere and joyous worship at a mewithoutyou show … here at Emo’s. Very cool. Can worship be contagious? 10:19 PM Jun 15th via Twitterrific

Following the set, the band returned to the stage for a rousing encore including “Sweater Poorly Knit.” Prior to the vocals and deeply into a moving melody, someone pulled the mic stand down, and with a loud thump, the microphone hit the floor.

“Well, so much for setting the mood,” Weiss said.

Starting the song again, with a quicker intro, mewithoutYou brought down the house with an energy that both the crowd and the stage shared.

-Aaron Weiss thanked all the bands at the show (nice), but then he thanked Ronnie the soundman by name (scores 10 points for that in my book) 10:30 PM Jun 15th via Twitterrific