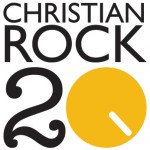 FOR THE CHRISTIAN ROCK 20

The Christian Rock 20 is setting out to raise $1,000 to replace worn-out equipment with help from some of their friends, including band members from Silverline, Southbound Fearing, Hawk Nelson, House Of Heroes, Shonlock, Family Force 5 and more!

When fans of the Christian Rock 20 pledge $30 or more, they will get a phone call from their choice of more than 10 of Christian rock’s biggest names.

The Christian Rock 20 is offered free of charge to stations who wish to add it to their weekend playlist. The show airs on 25 stations across the United States, Canada and the United Kingdom.

Paul Gibson and the Christian Rock 20 celebrated three years of broadcasting the show last month, featuring more than 90 different guest interviews and tons of giveaways since its inception in 2008.

Kickstarter.com is a way to fund creative projects with a unique all-or-nothing approach. Pledges are made toward a specific goal. When the goal is met, donors’ credit cards are charged the amount of their pledge. If the goal is not met by the deadline, however, no one is charged.