White Collar Sideshow has released it’s first full length album, The WitcHunt, on September 4, 2012. The WitcHunt is now available on several music distribution sites (iTunes, Amazon mp3, CDBaby, etc…) as well as the band’s official website: www.whitecollarsideshow.com The physical copy ($14.99) is a tri-fold digipack with the CD, DVD as well as an insert with great photos and all of the song lyrics.

Once again, by combining music and film, White Collar Sideshow brings a vaudevillian feel with a horror movie twist. An original movie plays on stage while two drummers, auxillary percussion and the faceless woman (playing bass in a 9 foot go-go cage) provide the live soundtrack. The film, loosely based on the seven deadly sins, take you through the day in the life of several different characters-each dealing with their own personal struggles while the live characters draw in the crowd for a truly memorable Shock Rock Experience.

The music was recorded in Los Angeles at The Atrium, the studio in the bassment of Motley Crue drummer, Tommy Lee. Chris Baseford, who has worked with Tommy, Rob Zombie and John 5 (to name a few) produced, engineered and mixed the 16 track album. The music was written and co-produced by TD Benton, the lead singer and drummer for White Collar Sideshow.

The 45 minute film was shot and edited in Fort Smith, Arkansas by Emmy Award Winning Travis Joiner of 777 Productions. It was filmed over a 13 month period with around 100 volunteer actors from the Arkansas River Valley area.

White Collar Sideshow will be on their CD Release Tour this fall across the mid-west as well as all the way down the east coast (from New Hampshire to Miami!) It begins with the hometown CD Release parties, Friday, Sept 7 and Saturday, Sept 8 at the King Opera House in Van Buren, AR and ends the weekend before Thanksgiving.

For more information as well as tour dates, please check out White Collar Sideshow on Facebook or visit the band’s website www.whitecollarsideshow.com 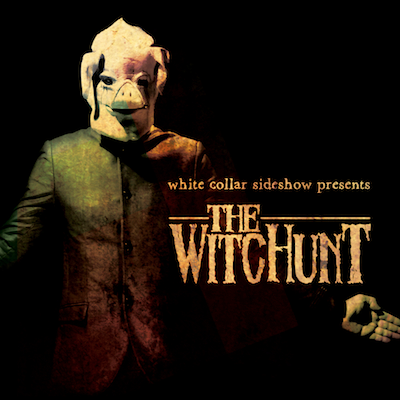