The Order of Elijah has released the first single from their upcoming album, War at Heart. The band signed with Luxor Records at the beginning of February 2015, and the full-length will be available Jan. 8, 2016.

Vocalist Shannon Low spoke about the album as a whole via press release:

“We’ve poured quite a bit into this album over the past year. The title, War at Heart, seems to perfectly describe that season of life when reflecting upon the lyrics. After treading through a battlefield of life tragedies, divorce and overcoming all obstacles before us, The Order of Elijah is taking 2016 with us into the relentless storm.”

The band will follow up the release with a short tour with Forsake the Fallen. 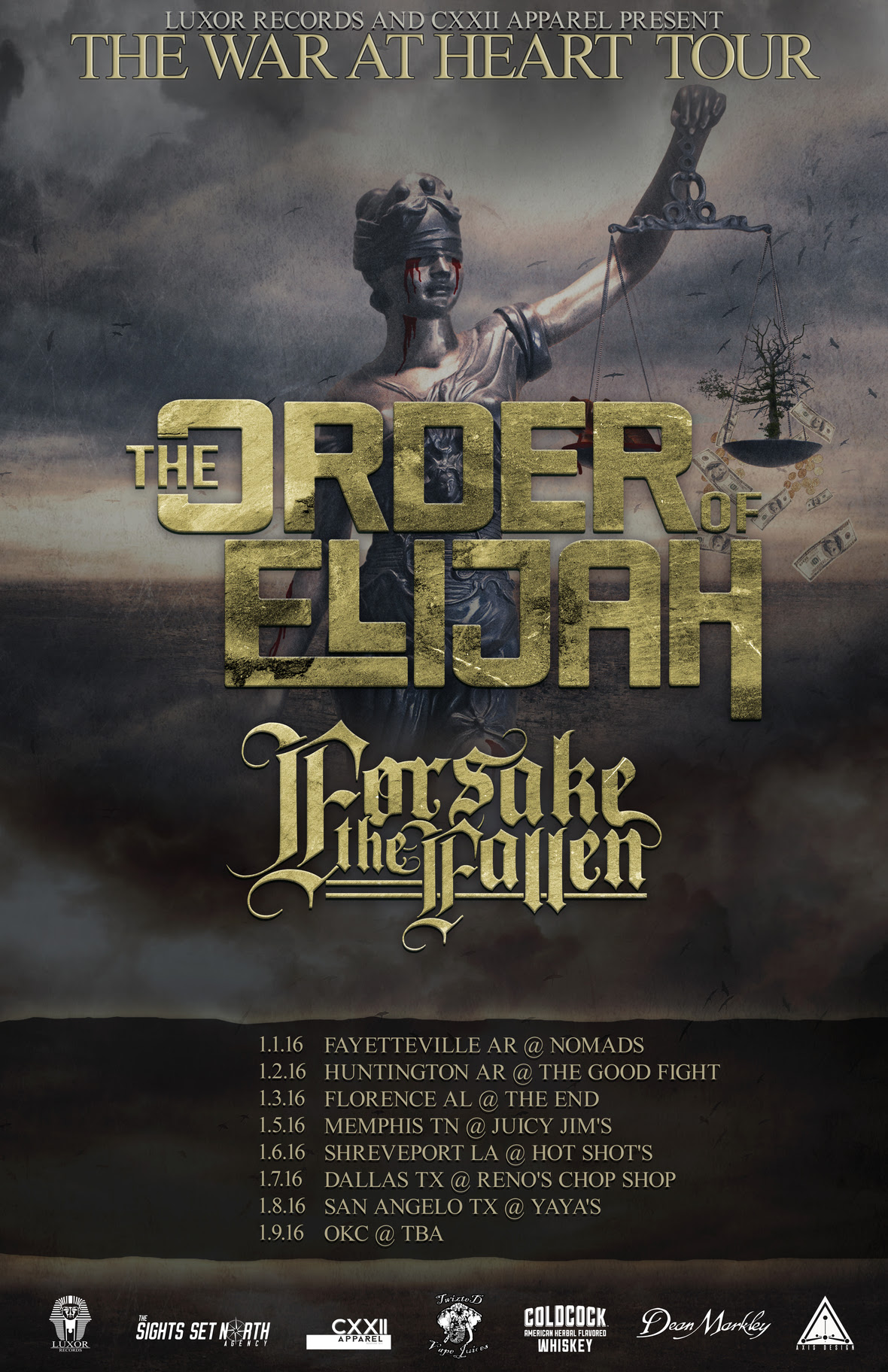