This is my first full SXSW experience. It has been a little overwhelming as you can see I have not posted any news and am just posting this now.

I got into town Thursday night and was picked up by my friend David Horning. He is a old friend from when I was in a hardcore band in Arizona. He lives close to downtown so it works great for me to get to all the action. Friday I came to the convention center and got my badge. SXSW was kind enough to give both Doug and I Platinum press badges which is the highest you can get for a outside media outlet. Then I went to my first keynote with Bre Pettis who has helped invent The MakerBot 3D printers, which make 3D images or pieces to make different things. 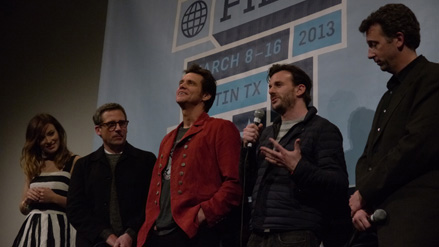 That night I went to go see the premiere of Steve Carell and Jim Carrey’s new movie, The Incredible Burt Wonderstone. Being a fan of both actors I had to go. I was stoked to be a few yards away from one of my childhood heroes Mr. Carrey. 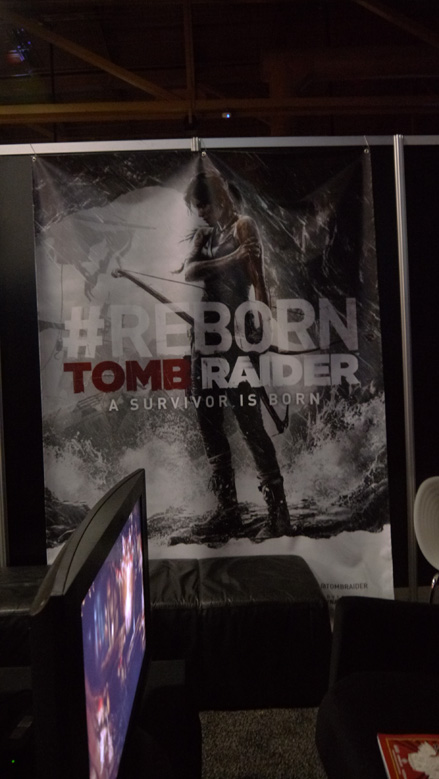 I Spent most of my weekend at the Gaming Expo. I got to learn how to play Stoic’s Banner Saga. A computer game I backed on kickstarter last year. Stoic is based here in Austin, so meeting the team was a real treat. It was cool to go to a gaming convention after so many years of watching coverage on the inter webs. I also got to play Square Enix’s new installment of Tomb Raider. I was very pleased with the final product. I hope I can get it later this year. 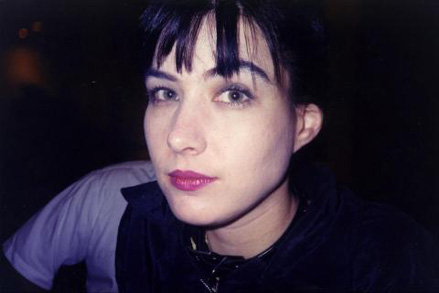 Monday I started watching movies. The first one I went to go was a movie on Kathleen Hanna of Bikini Kill, and La Tigre. The movie was about her start in punk rock feminism to the reason of her getting sick to where she had to quit going on tour and could not write music due to an unknown disease later finding out she had Lyme disease five years later. After watching this I was moved so much that HM is going to have a all female zine called “Girls to the Front” that will take up the first part of every issue of HM. We hope to have that going soon.

Tuesday Doug and I went and saw a new movie called Holy Ghost People. The movie was about a girl who is trying to find her sister who has gone missing after she went up in the Appalachian mountains. She tries to steal a car but gets caught and pays the man who owns the car to take her up the mountain. She goes to a church called “The Church of One Accord.” A old school Pentecostal church that believes in handling snakes and beating the sin our of its members. She uses a different name so the members do not know she is related to her sister. Not giving everything away, it is crazy to think how Christians can take the Word so far out of context. 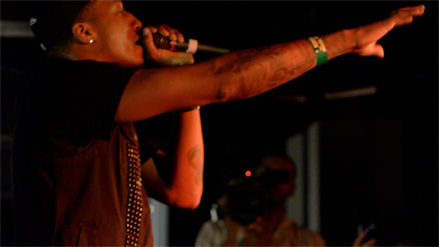 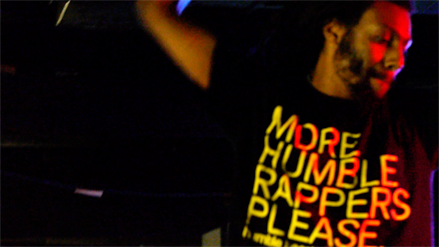 That night we went to a hip hop club called 119 on 8th St to go watch Propaganda and LeCrae for a Nick Cannon Showcase. Nick Cannon is the one who put together the Church Cloths Mixtape. They did not go on til late, so we went to Stubbs and thought we where watching the Nick Cave concert, but it was Deadmouse. The openers were this cool hipster band called The Local Natives. After their set we headed back over to 119 and watched Prop and Crea. Both artists killed it. It was great watching them speak the truth in a dark place. 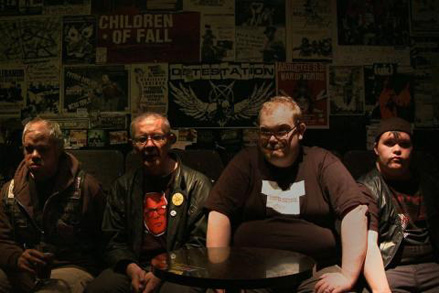 Wednesday I went to Waterloo records to go see Tegan and Sarah. Stayed for a few songs then left and rode my bike to the convention center to start working on photos and writing what you are reading now. Then I left to go watch Iggy Pop and the Stooges, which I can say that was kind of a mistake. 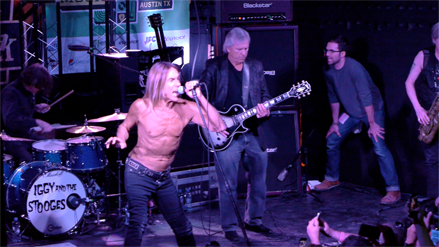 I should have went to go see Dave Grohl’s new movie Sound City or this other documentary called The Punk Syndrome about a punk band from Finland called Pertti Kurikan Nimipäivät. The band is made up of four developmentally disabled guys. So being a person with a disability as well as a part of the punk/hardcore scene. I find this movie to be very moving. I know I will cry. 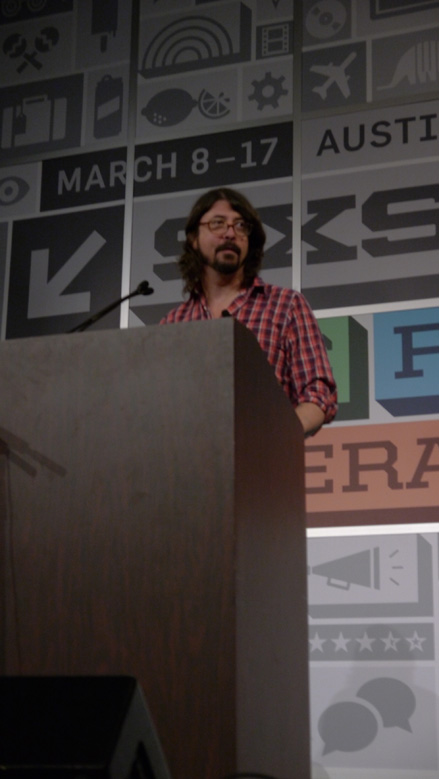 Today is Thursday I woke up early and rode over to the convention center to hear Dave Grohl’s Keynote speech. He spoke on his life and how he learned to write music at the age of 12. Then finding punk rock in his early teens … to quitting school to find his voice in this underground scene … to driving up from LA to Washington Stage to Join Nirvana, and how they just wrote music to write and create … to A&R guys taking them out to eat at Benihana’s. Signing a deal with DGC. Then after Kurt Cobain died Dave did not do anything for a while … then, as therapy, he wrote some songs then went to record them all himself. Going from one instrument to the next and drinking strong coffee to keep him going… Not even looking for a record deal A&R guys started calling and wanting to sign Dave. After talking to his manager he decided to put it out himself under the label Roswell  Records. Never forgetting the reason why he fell in love with music and wanted to keep the love of it alive. I cried I am not going to lie. Maybe it was that one of my heroes was in the room speaking to me. All I know is that I had tears in my eyes when I left.

Tonight I hope to meet up with Doug and go see Norma Jean at the Dirty Dog. I am sure we will get to hear some new jams. I am very stoked to hear what they wrote over the last year. Til next time. I am your man on the streets trying not to run over people.

Look for more postings/updates and photos from both Rob Shameless and Doug Van Pelt soon.