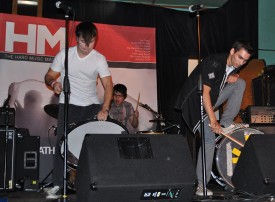 Invisible Target started the HM magazine showcase promptly with a cool double drum tribal vibe intro that broke the norm for this pop punk band. It worked pretty well and the band showed continued progression and maturity with it’s performance. The melodies showcase vocalist Josh Flores’ voice pretty well, though they haven’t written that killer permanent-memory hook yet. As a frontman, he’s really learning the ropes. At one point he hopped off stage with his wireless mic and went out into the street, never missing a note. 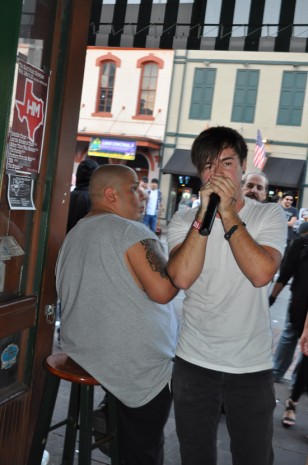 And the Greatest of These showed their hardcore muscle with the right metallic tones and a tough vocal delivery.
Before There was Rosalyn turned things up several notches with an incredibly tight and powerful sound that pushed back against the audience with force for the duration of their set. The long tours obviously have had a good musical effect on the band. 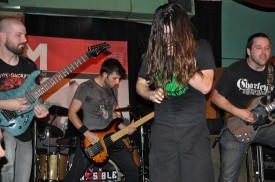 The Famine showed off it’s humorous and talented vocalist with a wall of technical sound that was pretty much jaw dropping. Introductions and between-song banter about their intense songs (like the tune about the black man being dragged to death in Jasper, TX, by some racists a decade or so ago) seemed to almost fall on deaf ears as the crowd seemed somewhat stunned and blown away by the metal onslaught of each song. At one point, the vocalist (Nick Nowell) also went out in the crowd. 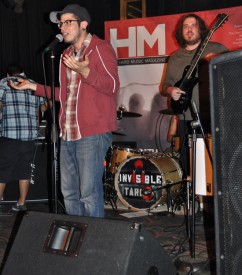 Firstborn from the Dead added to its hardcore metal sound with an added percussionist, who pounded some toms with might. I really liked their sound and their fiery vocalist’s delivery. 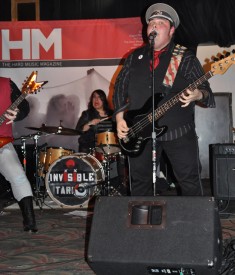 The Shiny Darks got things going in a fun new (albeit it old school punk) direction with a cover of the Ramones’ Blitzkrieg Bop,” which got a couple shanking dancers up front spinning around. Then they kind of five into their signature sound but dragged a bit tirades the middle before they finished off with two glorious songs from their latest – “Stab at Love” and “I Wanna Be A Kennedy.” 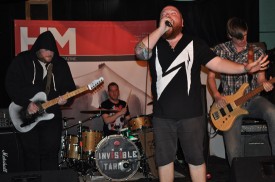 The Brigade finished the night with an angry sound that kept peeking and intensifying through the end, where frontman Ian Harvey whipped our some signs that drove home his passionate pleas to be real and confess our frailty. Killer show, actually.