RED: Until We Have Faces Fan Kick-off Event 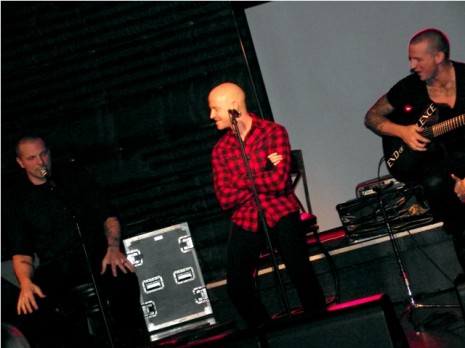 This past Monday (January 31, 2011) RED showed how much they love their fans by inviting contest winners to an exclusive CD release party in Nashville, Tennessee. The contest was simple: send an email, wait for a winning reply. I was one of those lucky winners. 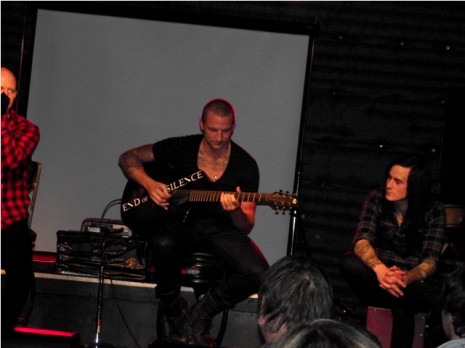 After getting our names checked off and receiving a VIP badge, staff escorted us excited winners into a private room at SIR, a place just minutes from famous Music Row in downtown Nashville. We dined on delicious pizza, provided by Pie In The Sky Pizza, and could test our skills with blackjack or poker (played just for fun). Red lights illuminated the room, creating the perfect RED party atmosphere.

At 11:00 p.m. the band entered the room to applause. They welcomed us to the party and thanked us for joining them in the celebration of the release of their third alum, Until We Have Faces. We listened to some of the tracks from the album, including “The Outsider.” 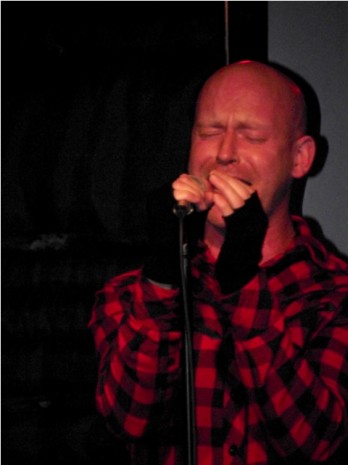 When talking about the track, “Not Alone,” a beautiful song about God being with you, Anthony said that when he first heard the final mix, he almost cried. “Yeah,” said bassist Randy Armstrong, “Different tracks make you do different things. While listening to ‘Feed the Machine’ I speed.” 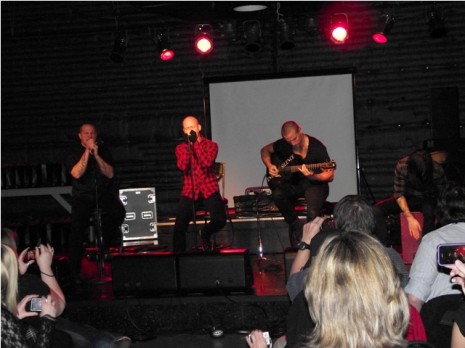 They played a few songs acoustically, including the current number one song on Christianrock.net, “Faceless.” Michael [Barnes] doesn’t usually scream for acoustic sets,” said Randy.  “He must be feeling it tonight.” Michael grinned.

The backwards “E” in RED (R3D) originated from drummer Joe Rickard when he posted it on his twitter. It stuck, and it’s appropriate, since this is their third album.

The rest of the night was spent mingling with other fans—some came as far as Wisconsin and Canada!—while we waited for the number on our VIP badges to be called. When they were, we got to go to a corner of the room and hang with the band for a few minutes.

While we waited, door prizes were periodically given away. Up for grabs were drum sticks, boots that Michael wore during a music video, banners from the event, a banner from the “Death of Me” music video, and a custom, autographed, electric guitar.

When the clock struck midnight everyone cheered—Until We Have Faces was officially released.

Perhaps the coolest part of the night (for me, at least) was when I told RED I had met them a few weeks ago at Winter Jam and wrote a review of the night. Not only did they remember me, but they had actually read the review! 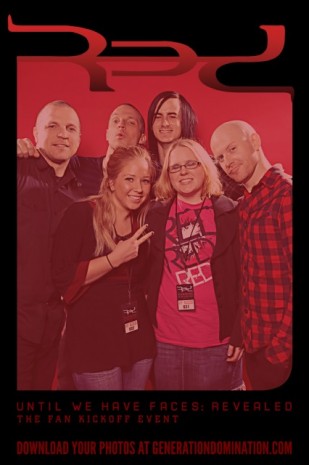 Thank you, RED, for sharing an unforgettable night with your fans, and for proving that Christians can rock out!

Verdict on the new album? This is RED’s best album yet. It’s the perfect mix of intensely heavy songs (“Feed the Machine” and “The Outside”) that will be ridiculously fun to mosh to at concerts, and entrancingly melodic songs (“Not Alone” and “Hymn for the Missing”) that will move your soul.