Over My Head Tour concert review

Over My Head Tour Review by Chad S Sides 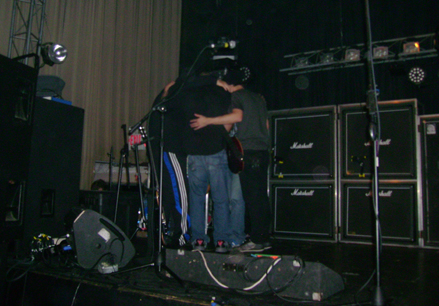 I hooked up with the Over My Head tour at the 7 Venue in Douglasville, GA.  There was a small crowd in attendance, but it was a crowd ready to rock!

The Wedding opened up. Believe me now and hear me later, this is a band to keep an eye on.  Let me put it this way, a band doesn’t sell out of CD’s at a concert if they suck.  They rock hard and have a great stage presence. They interacted with the crowd a lot so I couldn’t help but get into it. The Fans For Christ shirt I was wearing bears my username, “Jackie Chad.”  Upon seeing it the band announced that Jackie Chan was in the house. I don’t know about everyone else, but they got me PUMPED! And I can’t wait to get my grubby little hands on a CD!

The Letter Black was next. I wasn’t as impressed with them at first (a touch more lead guitar in the sound mix would have helped), but as they got into some heavier songs the place lit up. Singer Sarah is this cute little petite girl, but when she lets loose mosh pits erupt. Speaking of which there were these guys dancing behind me that really got into it. They were doing flips and all kinds of crazy stuff. They were fun to watch, so much so that they got compliments from the band. 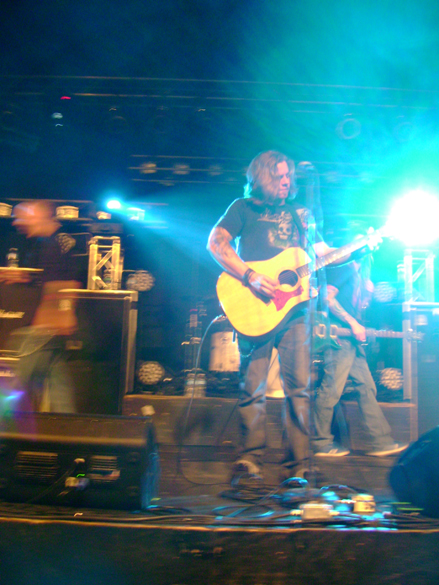 Decyfer Down took the stage for about 30 seconds before the power crapped out on them. So TJ, the lead singer, played a short acoustic set of covers for us while others tried to figure out what was going on. He had the crowd singing along, and we all cracked up when someone yelled out, “Freebird!!”

DD knew their crowd, though. We were there to R-O-C-K!! From the time their power came back they launched into a set favoring their loudest material.  “Break Free” (my introduction to the band thanks to an HM sampler) and “Ride With Me” (from the new album “Crash”) stood out to me as particularly fun and well performed. 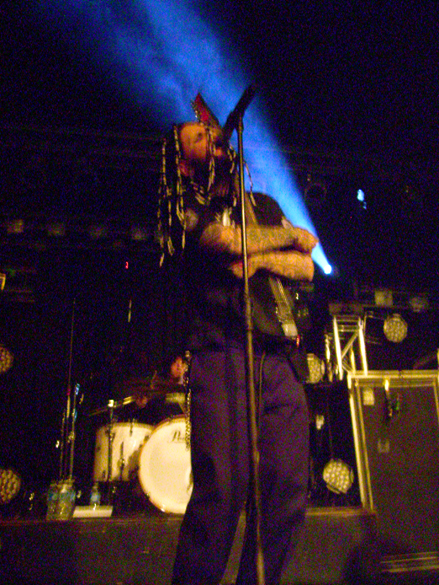 As time drew closer to Head taking the stage the crowd doubled if not tripled. Since I had been there the whole time (you late-comers really missed out!) I had been able to work my way up to the front of the stage. I was so close that during the show Head randomly handed me a bottle of water from the stage. I guess he thought I was moshing too hard!

He was amazing, but not just him; his accompanying musicians have tremendous presence and were just as much fun to watch as Head himself. It was energetic, loud, and about as much fun as I’ve ever had at a rock and roll show. What’s more, though, is that I came away feeling like I had just been to church: he had the entire crowd crying out to God!

Head is extremely funny, but man when he gets serious he commands the ear captivating us with humorous but poignant stories of his drug-drenched days  – how he would feel great for a moment then be reduced to a blathering idiot and then comparing that to the true and pure fulfillment he has found in God. 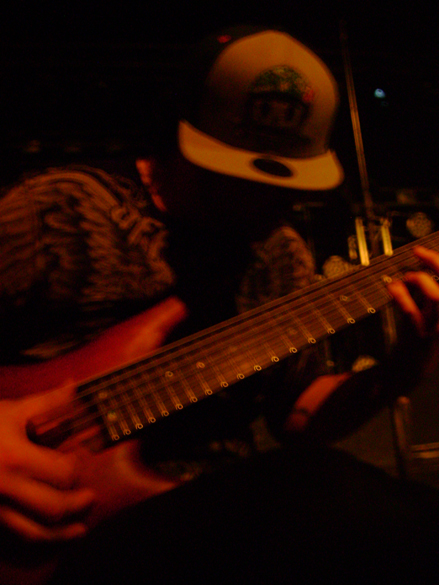 Head’s bassist sat on the edge of the stage to play a short jam. He was so close to me I could have touched his guitar without fully extending my arm. I can’t help but wonder if it’s intimidating to be playing guitar for someone as accomplished as Head, but I guess when you’re this good you’re going to command respect even in Head’s shadow.  The other musicians got a moment to shine, and Sarah from TLB came out to do a metal duet with Head which was cool.

After the show I got to hang out with all the bands a little. Got pictures, CD’s, and autographs and enjoyed meeting them all. I was excited to learn about what the Mocha Club, who is sponsoring the tour, is doing with their ministry in Africa.

As the bands began breaking down their merch tables somebody got the notion to have a group prayer so everybody still around joined in. It ended with Head saying a prayer over us. Never had a rock star pray over me before.  I’ll take it.  And if Over My Head ever comes back through Atlanta, I’ll be there!