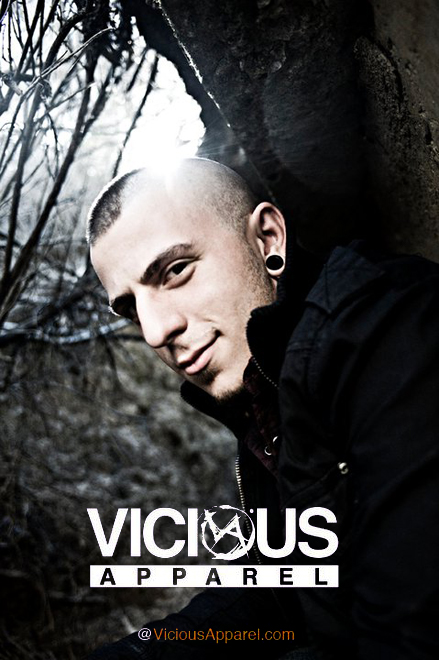 How did you get started with this company?
I would never have thought that I would be making clothes, but after changing schools and switching around my majors, I found my self in a rut. After a lousy couple of semesters at my new school I wondered if I made the wrong choice by leaving The American Academy Of Art as a design major to pursue music and web design at Columbia College Chicago. I had no clue what I was going to do so I prayed that God would give me direction with school, my career and my life. literally the next day I felt that prayer answered by sitting next to a guy on the train home from Chicago. I saw him creating some cool designs and asked him about it. He told me he was working on designs for the clothing company he was going to start. We started talking more and I found out he went to Columbia as an advertising art direction major. I got one of those feeling when you know what your trying to say but you cant think of the word and then someone says it! That night I stayed up until like 3am or so and designed two of the shirts I currently have for sale today. I posted them on facebook that same night and got some great feed back! That weekend at church I can’t remember what the sermon about but I remember the pastor saying “you cant save yourself” and I loved that! I had to design a shirt with that on it. Our “Salvation” shirt has been one of our best sellers which reads simply “Cant Save Yourself. I wasn’t sure If I would actually have any of these made until a band I started sponsoring needed a shirt made with the words Chase Your Dreams on it for a show they were playing with For Today, Bleeding Through, Attila, and The Word Alive. I couldn’t believe that I could sell my stuff at that show so I made sure that the Chase Your Dreams shirt was made by that day. Thankfully God blessed me with enough money to really get this going at the time and I felt like He just opened so many doors for me that I just had to keep going with it.
What were one or two of the biggest breakthroughs so far?
When I was able to launch new products I felt like that was huge and they sold out as well which I still think is insane. Recently being able to have a presence at large tour stops has been a great break through for us since we do awesome shows all the time in our local scene, but being able to go to some of these larger shows gives us a new audience and just feels like we are growing.
What are some of the biggest and/or hardest lessons learned so far?
I’d have to say the hardest lesson for me has been learning to keep a level head and staying true to what we stand for. We are representing Jesus and sometimes opportunities come our way that seem like a great idea but really conflict with what the bible teaches us. Just learning to take a step back from time to time and remember that we are nothing with out God and our awesome customers has been a tough lesson to learn. Philippians 2:3-5
Why the name Vicious Apparel?
Back when people used myspace, I had some crazy hair that I dyed black and my aunt had said I looked like Sid Vicious. At the time I honestly had no clue who that was haha but I just adopted the name Tom Vicious as my “myspace name”. 6 years later after meeting Justin from Joker Apparel, I thought Vicious Apparel would work nicely. Now I feel it is a bit more appropriate to say it represents both being bold with your faith as well as a humble admission that we are all born Vicious to one degree or another and certainly all fall short of the glory of God.

Any stories or themes/explanations behind any of your designs?
The salvation shirt is directly from scripture saying Cant Save Your Self  meaning that salvation can only come through faith in Jesus Christ. Iv been told that it is a broad enough statement that it relates to people who don’t necessarily believe in Christ which I think is awesome. The chase your dreams shirt was the first one we actually had printed and I just feel like the simple statement on the shirt is empowering to people since allot of people have their dream put down because it seems dumb or wont make enough money but we want people Christian or not to plain and simply chase their dreams. Our logo it self the VA symbol sort of has an anarchy feel to it and we feel like it represents breaking from the mold and to seek truth, and not just listen to what everyone tells
you.
How involved are you with various bands?
We are always thinking of new ways to be more involved with the bands we currently work with, When we are at a show together sometimes we will record and edit together a montage video of them playing along with the rest of the show. The bands we work with have really become part of our family and we do a ton of different things together from working on new merch ideas to touring together and even just hanging out during and after shows. We are really blessed to have them involved with what we do and they mean the world to us.
Are you working with The Color Morale and Eli Rises?
Yes and no, We have a great relationship with The Color Morale, We have never established any official agreement with them but they wear our stuff some times and we consider them family none the less.  Eli Rises on the other hand is a band on our roster and we also have an awesome relationship with them. They were formally just known as just ELI and I actually run their facebook page.
How did that come about?
with The Color Morale I met garret through a friend when I had just started Vicious Apparel, I gave him a shirt at a show they played and he wore it on stage. I was so stoked about that since I really like their music! I was a bit starstruck at first that he would do that. After time we got to hang out more and I eventually met the rest of the guys and we just have become great friends since then. They are some of the nicest people I know and continue to encourage us to keep moving forward. When they come in town we all get together at Buffalo Wild Wings and catch up. As for ELI I heard about them online and they used play with bands like A Day To Remember, The Devil Wears Prada, and Still Remains a couple years ago. I check them out and was honestly intimidated to email them about working together. Luckily they were playing at a venue in Bartlet called Local Noise which I frequently set up shop at. I talked to them after their set which was amazing and they agreed to jump on board. That was all about a year ago, The venue Local Noise was a huge help in getting us off our feet, we were able to set up at every show and thats were we met a lot of the bands on our roster

Who else are you working with?
We currently work with I The Breather, These Hearts, Fit For A King, Of Sights & Sounds, ELI Rises, Elysion Fields, The World Ends With You, Running In Circles, Ghost Of Poseidon, Burn The Remains, and I Killed Everyone. 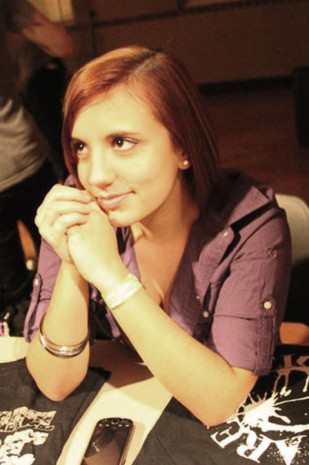 Anything else you’d like to add?
I spoke briefly about my girl friend Lis but she is actually a huge part of Vicious Apparel and is really the only other person who runs the company with me. We work really well together since what shes good at I’m generally terrible at and vise verse. I’m really blessed to have her in my life. Id also like to thank a ton of people who have really helped get Vicious Apparel off the ground: Justin Wielding, Jamie Koala, Alex Cirillo, Mike Galati + Awaiting The Daybreak(RIP), Cameron Latham, Garret Rapp, Nick & So Far Stupid booking, Zack Hurt (Local Noise), George Medic, Arla Mae(RIP), The World Ends With You, Liar Vs Lawyer, Running In Circles, Ghost Of Poseidon, Burn The Remains, I Killed Everyone. I The Breather, These Hearts, Of Sights & Sounds, ELI Rises, Elysion Fields, Iscaria (RIP), From The Ocean(RIP), Milosny(RIP), Mojoes, and most of all we thank all the awesome people who follow us and above all our God who has allowed for us to continue to grow and with out Him we are nothing.
© 2012 Copyright HM Magazine. All rights reserved.