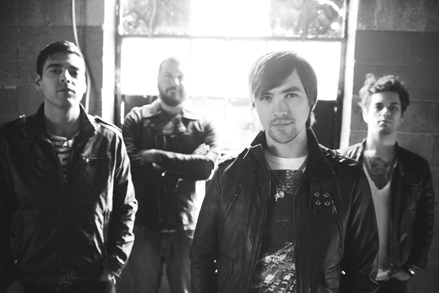 House of Heroes new record “Cold Hard Want”, is at first listen instantly catchy and familiar feeling but not at all worn out or stale.  In fact it’s quite the opposite with a unique pop sensibility, insightful lyrics, and stellar production values it’s a breath of fresh air in today’s overcrowded music market. I’ve had the pleasure of knowing HOH for many years, and I was fortunate enough to ask Tim Skipper a few questions about their new record.

On this record I hear influences from everywhere from bands like; Smashing Pumpkins, Muse, 30 Seconds to Mars, & Weezer, to the likes of Queen and even straight pop acts like One Republic. Yet you’ve managed to combine all of these into a cohesive sound that is distinctly House of Heroes. Is your songwriting intentional in combining all of these elements or is it something that just comes natural to you?

I think it’s a mixture of both, but more on the natural side of things.  One of my favorite things about playing in this band is the variety of music we are all influenced by.  All of the bands you named are bands that we like to varying degrees.  I think that musicians in general are like that for the most part, but I think what sets us apart is that we consciously try to draw from all of the music that we like when we write songs.  We mix it all together and see what comes out.  My favorite Smashing Pumpkins records had metal, new wave, electro, acoustic/folk and just straight ahead hard rock all on the same record.  That’s what we shoot for.  A lot of variety that can still somehow fall under the same umbrella.

Can you tell me about the recording process of “Cold Hard Want”? Any interesting/funny stories form the sessions?

It was an absolute blast!  We spent a lot of time preparing and rehearsing because we knew we only had 15 days to record the whole thing.  We did it at Paul Moak’s studio (The Smoakstack) in Nashville, and played all of the basic tracks for every song live.  I think that rawness really shows.  It’s a rock record and it’s got a lot of feel and vibe.  Everyone was involved every day that we were in there and that really kept the spirit of the band up.  My favorite story from the recording process comes from the last day of tracking.  We wanted a police siren at the end of a song called, “Suspect” and Paul said, “We can do this the easy way, or the fun way.”  We chose the fun way and walked up to the Berry Hill Police Dept. asking if they could send a cruiser by so we could get a legit recording.  Eventually an officer showed up and we recorded his siren.  I asked what his name was for the credits and in a tough southern drawl he said, “Just put down Officer Monster from the Berry Hill Police Department.” 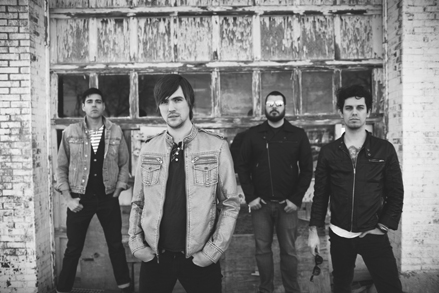 Is there an overall theme on “CHW”?

There are hints at a theme throughout the record, but not in the same way as our last 2 albums (The End is Not the End, and Suburba).  I think desperation would be the theme this time around.  We really tried to set the tone of urgency with the production.  The opening a cappella sequence of the album is called, “A Man Who’s Not Afraid” and the quintessential lyric in that song is, “In my dreams I see a man, A man who’s not afraid, of life and death”.  The rest of the record is basically us fighting tooth and nail to embrace and become that man who’s not afraid.  I think it’s all summed up with a lyric from the last song, “I Am A Symbol” that says, “The first one through is an easy kill, but no one’s safe is we all stand still.”  Throughout the record we are desperately trying to embrace the being that person.  The one who will stand up for what is right in the face of overwhelming opposition. 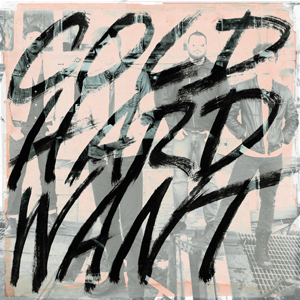 The title “Cold Hard Want” is used in the song “Out My Way” it’s an interesting title for the new record, almost like a statement. What is the title all about?

I think you nailed it.  It is a statement and it is meant to sound bold and brash.  It’s more of an internal mission statement than an arrogant claim though.  It’s us saying this is desperate.  This is Cold Hard Want to us.  It’s raw and unashamed.  And we’re sharing that with the fans and asking them to get on board with us.  Asking for accountability even.  If we’re not dripping with passion and love and desperation for what we want and who we want to become, then we have failed.

“Remember the Empire” seems to tread political waters, and it has a certain anger to it which is a nice contrast to the more upbeat sounds that House of Heroes is known for. Is there a specific event that triggered this song or is it just the general state of the Union?

I think it’s the general state of the union.  We’re not amazingly political, but we do pay attention to what’s going on.  I think we’ve lived enough life to find that the further you get on either side of the political spectrum, the more dangerous it is.  What matters to us is truth, justice, and good things like that.  Not party affiliations and things of that nature.  We’ve lived long enough to realize that we are hypocrites.  We don’t always get it right and I think one of the most important things that you can do is realize when you’re wrong, admit it, apologize, and move on.  Really, “Remember the Empire” is about standing up for what you believe in once you truly realize what you believe and have life and death conviction about that thing.

Is “The Cop” autobiographical at all or are the lyrics a fictional story?

That is a fictional story that fit into the original linear storyline for Suburba.  We had to change a few lyrics to take the song out of it’s original context, but it’s all made up.  However, I think we can all relate to the story.  We have grand, idealistic plans when we’re young, but at some point reality kicks our butts and our plans fall apart.  After that it’s hard to believe in idealistic things like love, and hope, and kindness.

The lyrics in the song “Comfort Trap” are really insightful dealing with comfort over passion/calling. Could you give us the story behind that song?

Yeah, that’s exactly right.  That song is about the path that is laid out before all of us as high school ends and it’s time to go to college.  A lot of my friends didn’t really know what to do and so they just went to college with a mind to make as much money as possible.  At some point, you get caught up in the rat race and a lot of times get lost in it.  More power and status becomes the goal, and it can be very destructive.  This song is about the people that lose themselves in that.

I have to mention the first single “Touch This Light” which uses what I like to call “yell-odies” in the chorus. Is there anything you would like to say here about that song?

Haha!!!  Yell-odies is PERFECT!  We actually set out to do that on a few songs from this record.  We only had the live show in mind.  We wanted “yell-odies” that people could really connect with and sing along with in the live setting.  That song was one of the first ones we wrote and it started off as a slower groovy song.  Then we changed the drum beat to be more driving, and that set the tone.  The song is about the profound mystery that is God.  The way we’ve seen Him communicate and intervene in our lives.  I tend to obsess over anything and everything that doesn’t make sense to me in this life.  I don’t understand evil a lot of times, and I especially don’t understand the depth of God’s love for us.  And I like it that way. 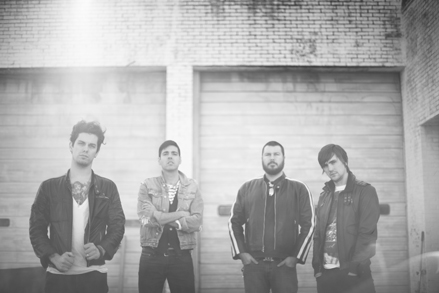 There are a couple of songs dealing with pain endured and what you do with it after the event that caused it (“Angels of Night”, “Stay”). Can you tell me more about these songs?

Those songs come from a pretty authentic place.  We’re all going to experience pain in this life.  We all experience loss.  When we have enough time to process through that stuff is when we can really learn from it.  Johnny Cash talked about that in his autobiography.  He said something along the lines of this.  Pain is inevitable.  There is no way around it.  You can only walk right through it and hopefully come out the other side.  You’ll never be the same, but at least you’re out on the other side.  That’s what both of those songs are about.  Especially Angels of Night.  It comes from a real place of reflection when you’ve had enough time to go all the way through the tough time.

There is a really cool almost “retro” funk vibe complete with a nice use of bongo’s on the song “Suspect”. Can you tell me how that the song came about sonically?

I’m glad you caught that!  We were trying to do our version of Grand Funk Railroad meets Radiohead on that one.  Haha.  Not sure it came out that way, but we gave it a shot.  AJ was trying to work on some pop music in his spare time and came up with the synth line.  It sounded more rock n’ roll than anything, so we just went with it.  In the studio, Paul Moak really helped to bring it alive with keys and organs and kaos pads and the like.

HOH would now be considered “seasoned veterans” at this point in your career. What keeps you going and making new records?

That is crazy to think about!  Seasoned veterans…  But you are right.  We’ve been at it for over a decade.  I think our profound love of music and love of creating it together is the driving force.   I also feel like there is something really profound that we want to say, and we get closer with every record.  But I don’t feel like we’ve said it yet.  So we keep chasing it.