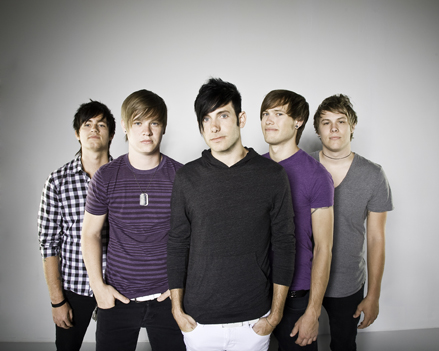 How is life for Philmont at the moment?

Life’s good.  We’re looking forward to this summer and the festival season.  We’re staying busy and that’s always a blessing in itself.

We’re doing a lot of writing now- we try to always keep writing  but it’s hard when you put out a new EP.  I get in this temporary mind frame of “well, that’s done” now I can relax.  We just released a music video for our last single “Closer” so we’re still touring heavily and getting the word out about our last release “The Transition EP”.  We have a couple of small fall tours in the works now.  As soon as they’re solid they’ll be posted at www.Facebook.com/PhilmontRock

The band has been around a few years now and through some changes (no label, label, no label, right?)… How have the different times, challenges and situations affected and/or shaped the band?

Yeah we were with EMI for the release of an EP and our full record “Attention”.  It was a good experience but being independent again has also been a good experience as well.  It’s certainly challenging but it’s also nice to have control over every creative decision.  At the same time you give up a lot of the connections you would have with a label so you have to work a lot harder to make stuff happen.  All in all we try to let God direct our steps.  In the future that may mean partnering up with another label or maybe doing another independent EP.  As long as we’re writing, recording and performing I’m happy.

What are your favorite songs to play live? Why?

We always try to work a cover song into our sets.  For me this always tends to be the most fun to play—I know I should be plugging one of our songs right now but hey, I’m just being honest!  We typically try to take an out-of-genre pop song and make it our own.  We’re currently doing a medley of 3 pop radio songs.  I love seeing people’s reactions once they figure out what song we’re playing.  It’s also nice for concert goers who may be unfamiliar with the Philmont tunes.  It gives them a chance to sing along for a song.

As for which Philmont song I like playing the best I’d have to say “Closer”.  The reaction has been great from the audience and the song is pretty dynamic vocally so it’s challenging and keeps me on my toes.

Which areas of the country have you had the most fun playing in (touring in)? Why? What about those places stands out?

I love playing the west coast but we’re an east coast band and it’s hard for us to get out there.  The kids there are always so rad and so appreciative that a band would travel across the country to rock out with them.  The mid-west and Florida are always great too.  There’s good Christian Rock radio support in both places which has a huge impact on our audience and that always translates into better shows.

How did the online “Stories Behind the Songs” work out for you guys last Fall?

It turned out to be a cool way to share the heart of the music.  Since the project was independent and the budget was small we didn’t have a giant CD book to write out stuff like this.  Thankfully sites like YouTube provide another way to get that message out.   A lot of people like to listen to the music and take away what they can hear, others like to read the lyrics and still others like to know what all we were thinking when writing the songs.  The “Stories Behind the Songs” turned out to be a great way to give some extra insight into the EP.  The videos are all still up on our YouTube page: www.Youtube.com/philmont

We did the project independently and had saved up a good chunk of money for the recording but when it was time to shell out for the mixes and masters we were tapped.  We started a Kickstarter.com campaign and the response was amazing.  We weren’t sure how it would do so we set the goal at $4,000 and gave it 30 days.  We were shocked when we hit that goal within the first 7 days!  Our fans really showed up for us in a time when we needed their help the most.  It was awesome to see so many people who really believe in what we do step up financially to support the project!  For that reason I think this EP will always be super special to me.  It’s not just something we worked really hard on and can be proud of— it’s something a lot of people believed in and supported even before hearing the first chord–that’s truly amazing.