December 13, 2010 – (Chicago, Ill.) – The No Rain, No Rainbow Tour was originally four respected post-hardcore bands, each with a slightly different take on the ill-defined genre. After Vanna and Tides of Man had to drop prior to the Chicago date, however, the show at Beat Kitchen ended up being shorter and less varied, yet still entertaining enough to draw a respectable number of folks away from finals studying or just off the bitter cold streets.

Two young opening bands, one called Reaching For Alaska from nearby Plainfield, Ill., played short sets to a mostly receptive, if unfamiliar crowd. Once A Bullet For Pretty Boy set up and tore into “The Deceiver,” though, it was clear the real show was on. They played a brief five songs from their Artery Recordings debut, Revision:Revise. The clean vocals came through a lot clearer than the screamed vocals on the fuzzy sound system, which was a trend all night. 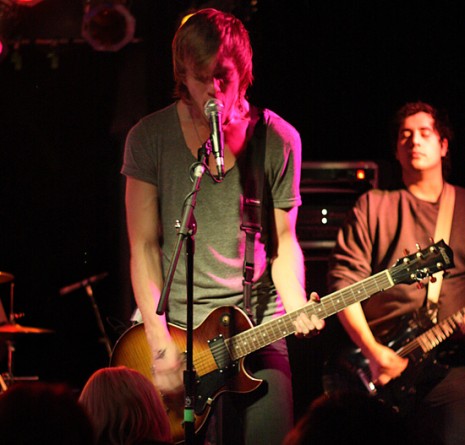 The set-up wasn’t conducive to a clear metal sound, resulting in the sounds from each instrument running together. Still, that’s being too much of an audiophile. It’s a metal show, what can you expect? ABFBP translates their music well from their recordings – the keyboards which are slight on their album were more audible live. From the Middle Eastern interlude leading into “Decisions” to the more noticeable loop on “Tides,” the keyboard parts complemented the sound. For a six-piece, they kept beat together impressively, especially since they often each played different rhythms like on “Decisions.” 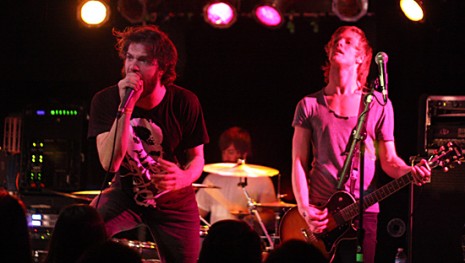 They said it was their first time in Chicago, so if they’ve yet to come by your part of the world, get familiar with their new album.

Greeley Estates’ vocalist, Ryan Zimmerman, has a noticeable Chicago accent so even though it wasn’t technically a hometown show for the veteran Phoenix quintet, they sounded at home with his introduction. “Blue Morning” was first, with guitarists Brandon Hackenson and David Ludlow providing the backing singing to Zimmerman’s distinctive howl. 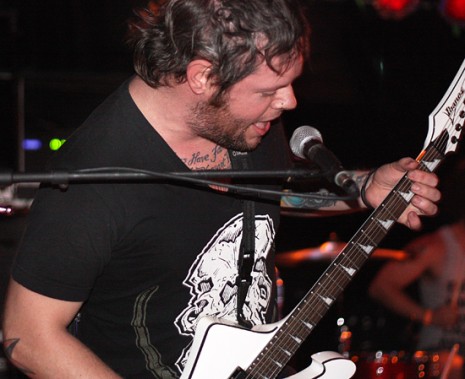 Ludlow recently moved to rhythm guitar, handing bass duties to newcomer Kyle Koelsch, who mostly stuck to the back of the stage although his energy and sound blended well with the rest. 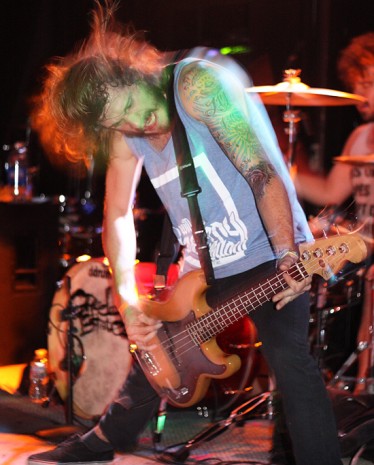 Zimmerman said following “Jealousy Breeds Killing Sprees” that they don’t often play the song, but if crowds keeps responding to it that way (moshing and shouting along), they’ll have to add it to their rotation. Zimmerman matched the jazzy thread of the guitar picking by delaying his words a fraction of a second during parts of the song. Some of the dynamics he pulls off with his screams were lost in the speakers, though. 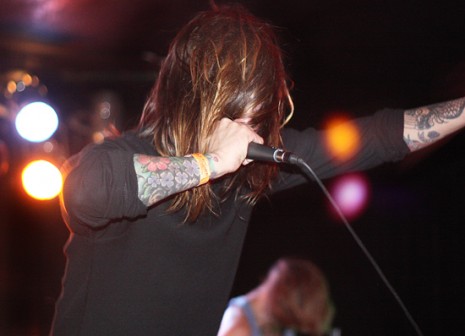 They continued the bank heist theme with “Desperate Times Call for Desperate Housewives,” which got the crowd yelling back “on the floor, on the floor!” “Swim for Your Lives” and “Friends Are Friends for Never” elicited similar responses with most of the audience participating in some way. Chris Julian’s drumming was probably most distinguishable in the muddy sound coming from the speakers, particularly during “Swim.” 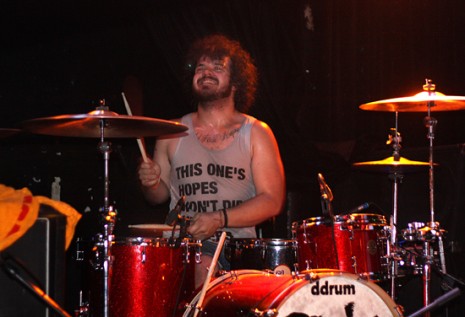 The small, spirited crowd wouldn’t let them leave after only six songs, so Zimmerman asked for requests for an encore. An onlooker yelled he wanted something from their first EP, Caveat Emptor, but it seems for the foreseeable future, expect only songs from their two most recent (noticeably heavier) full-lengths, Go West Young Man, Let The Evil Go East and No Rain, No Rainbow. During the encore, “Let the Evil Go East,” Hackenson showed off, shredding his guitar part on the neck of his guitar and utilizing a number of effects pedals.

The only real complaint about the show was the number of songs from the two main bands. If you go to one of the few remaining dates, badger them into each adding one or two more to make up for the tour getting cut in half – especially since the quick set-up/tear-down times contributed to it being a short two-hour show. Actually, do that on their next tours, too. They’re both worth hearing more of.