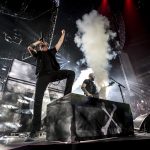 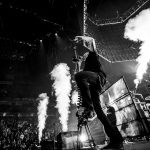 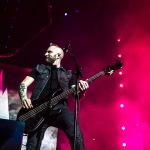 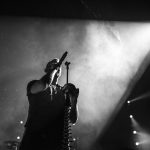 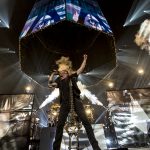 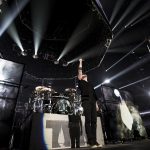 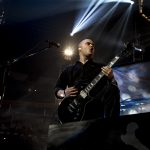 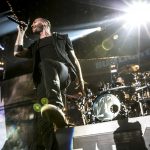 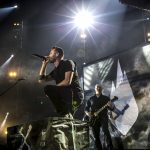 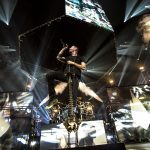 Evolution and momentum are two of the biggest contributors to whether a band fizzles out or has a long, successful career. Thousand Foot Krutch is one band that has both of those going in their favor and, 15 years after their major label debut, they’ve released their eighth album, Exhale, and, after watching them perform at 2017’s Winter Jam, have shown they have more momentum than ever before.

Exhale, the band’s third consecutive No. 1 album on top of the Billboard Christian Albums Chart, is a rock record through and through. While Oxygen: Inhale, the precursor to Exhale out in 2014, showcased the band’s softer side, only featuring a few rock tracks, Exhale lets all the heavy material out, the other side of the coin as the coworking titles imply. From the very start, with opener “Running With Giants” and “Incomplete,” the band establishes a statement-making sound and earworm-worthy hooks to put the record and off and running.

“Give Up the Ghost” is a rock track that provides enough pep to actually get you dancing. “The River” is a soulful track; the lyrics will stick with you long after you’ve finished listening to it. “Push” may remind you of “Untraveled Road” from Oxygen: Inhale. “Born Again,” much like “A Different Kind of Dynamite,” is closer to a conventional rock anthem, designed to get your adrenaline pumping. “Born Again” is typical of what TFK does best on this album, a rock track that combines heavy and poppy at the same time. “Honest,” the lone ballad on the record, is one of the most powerful tracks. TFK has always written strong ballads, whether it’s “Moment of the Day,” “Breathe You In” or “Be Somebody,” and that ability provides another memorable cut with “Honest,” one of the most dominant tracks TFK has ever written and should become a fan favorite.

When it’s all said and done, TFK’s Exhale is a rock and roll adventure, finding its way into your head and making itself right at home. Frontman Trevor McNevan has one of the most beautiful and underrated voices in all of rock, and that plays to the major strengths of the album. Through their songwriting, the band knows how to relate to their fans and listeners; if you’re a longtime TFK fan, you’ll love everything about Exhale, an album with which TFK have topped themselves again, raising the bar high for their next release.