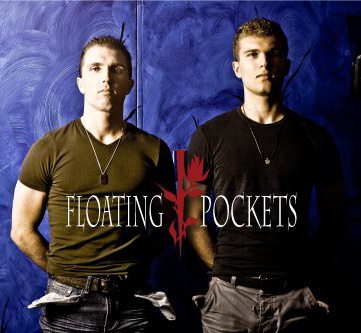 Q: What led to this collaboration with your brother, Adam?
When I lived in Orange County, I was a in a coffee shop band where a majority of this record was originally conceived with vocals and an acoustic guitar. Skip ahead to last year when I ran into Paul Roraback in Austin, a former drummer with my Father’s band, Bloodgood. We hit it off like old times and began discussing various music projects. Roraback graciously offered his recording studio, Illustration Room, as a creative outlet for me. I took him up on the offer and my brother, Adam, flew in from Seattle to make the record together. We recorded all the guitars, drums, and vocals (including harmonies) for 10 tracks in 17 days. It was an insane schedule but we somehow pulled it off! I convinced my Father, Michael Bloodgood, to collaborate with us on the project, and so we sent each other digital files back and forth from his studio up in Seattle, called B. Goode Records. I produced the album under my production company, Bloodygood Pictures, so you could say this was very much a family affair. I could not have created it without them.
Q: What was it like working with your brother?
Collaborating with my brother was ultimately a great experience. Although we had technically never worked on a music project together, we had a built-in, brotherly shorthand and natural rhythmic tastes that complimented each other very well. If this had not been the case, I truly don’t believe we could have accomplished this album in as little time as we were able. Don’t get me wrong, we had our creative differences, and we needed a break from each other every now and then, but that’s all a part of the creative process! In my opinion, sometimes our best work on the album developed out of artistic compromise. A little bit of what I wanted and a little bit of what Adam wanted and the result was exactly what we were looking for – even if we didn’t know it just minutes before.
Q: How similar / different is working in the dance arts and music arts?
Working in the field of dance versus the field of music really isn’t that different, but it depends on your specific role. Dancers/choreographers collaborate with musicians all the time, and how the two artistic elements blend together are what’s most important in the end. As a dancer, you are led by the choreographer to move in a specific style that the choreographer is looking for, but as the dancer you are still giving your interpretation of the movement, so that’s where your personal artistic contribution comes from. I would compare that to any member of a band who doesn’t actually compose the songs, but still ultimately lends their artistic abilities to the sound recording or live performances. The choreographer in the field of dance would be comparable to that of the music composer in the field of music. The cell from which a song or dance work is conceived stems from the choreographer or music composer, and eventually grows into a fully developed piece with the aid of fellow artists. The work effort is very similar in both fields, too, in that dancers have to develop their muscles in a specific fashion to accomplish the physical feats required of them; whereas musicians have to develop an entirely different set of muscles and coordination, but both art forms result in artistic expression.