“House of straw. House of sticks. Can’t shake this house of bricks.” The song “Smoke Blower” was just one of the many anthems performed by Flatfoot 56 at the San Antonio, White Rabbit Tuesday night.  Following Second To None, Flatfoot got the pit off their feet and in a sweaty-circle-frenzy.  Their energy was high and grabbed the attention of the whole room. The crowd was constantly moving no longer spectators but rather participators in the performance. Singing along, throwing down fist, and kicking up feet, everyone seemed to be enjoying themselves. Mid-set Flatfoot dedicated their song “Courage”, to the veterans and people in the work force trying to put food on their tables. They also sang “We Grow” off their latest album Black Forest. At One point, while trying to get the crowd in true punk rock spirit, lead vocalist, Tobin Bawinkel, said “Everyone put your hands up and throw your fists down on the count of three.” On command, the crowd threw down and the next song began.  The band finished up the set with the familiar hymn turned punk anthem, “Amazing Grace.” Bawkinkel had everyone put their arm around the person next to them as the crowd joined together in a unison final song. 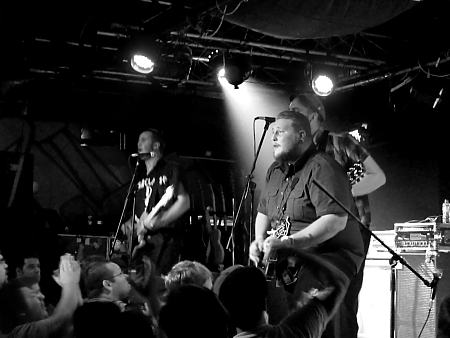 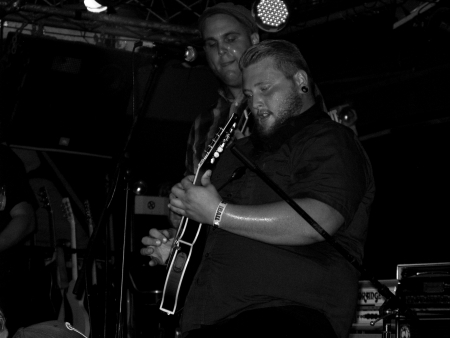 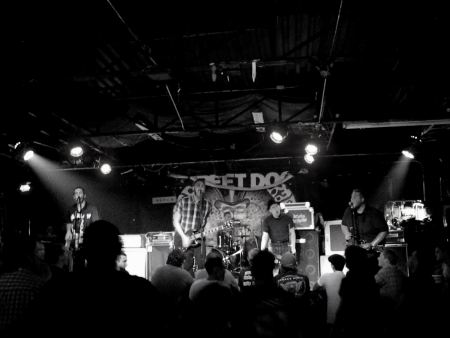 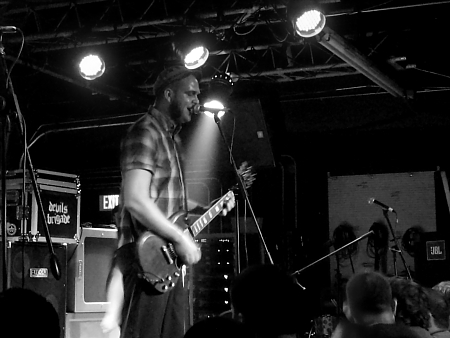 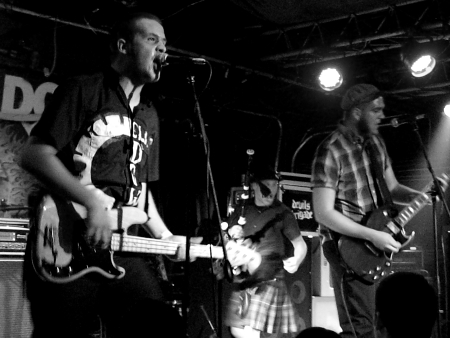 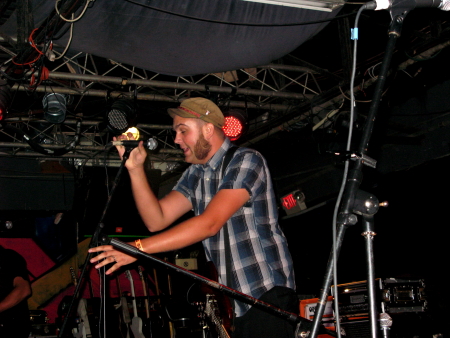 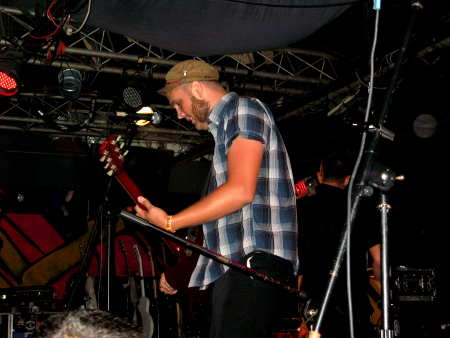 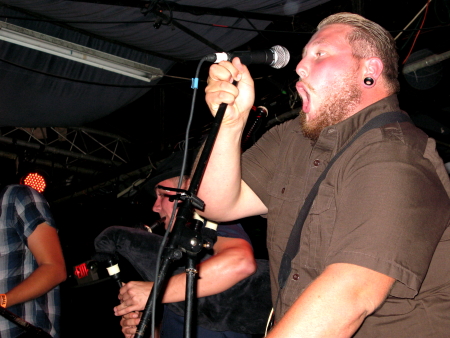 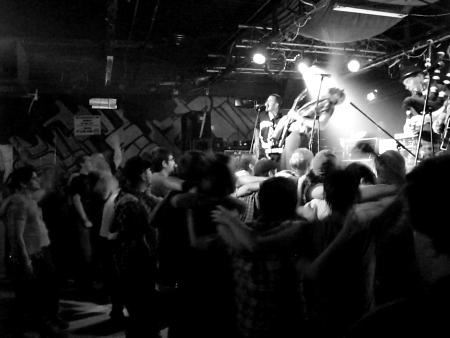