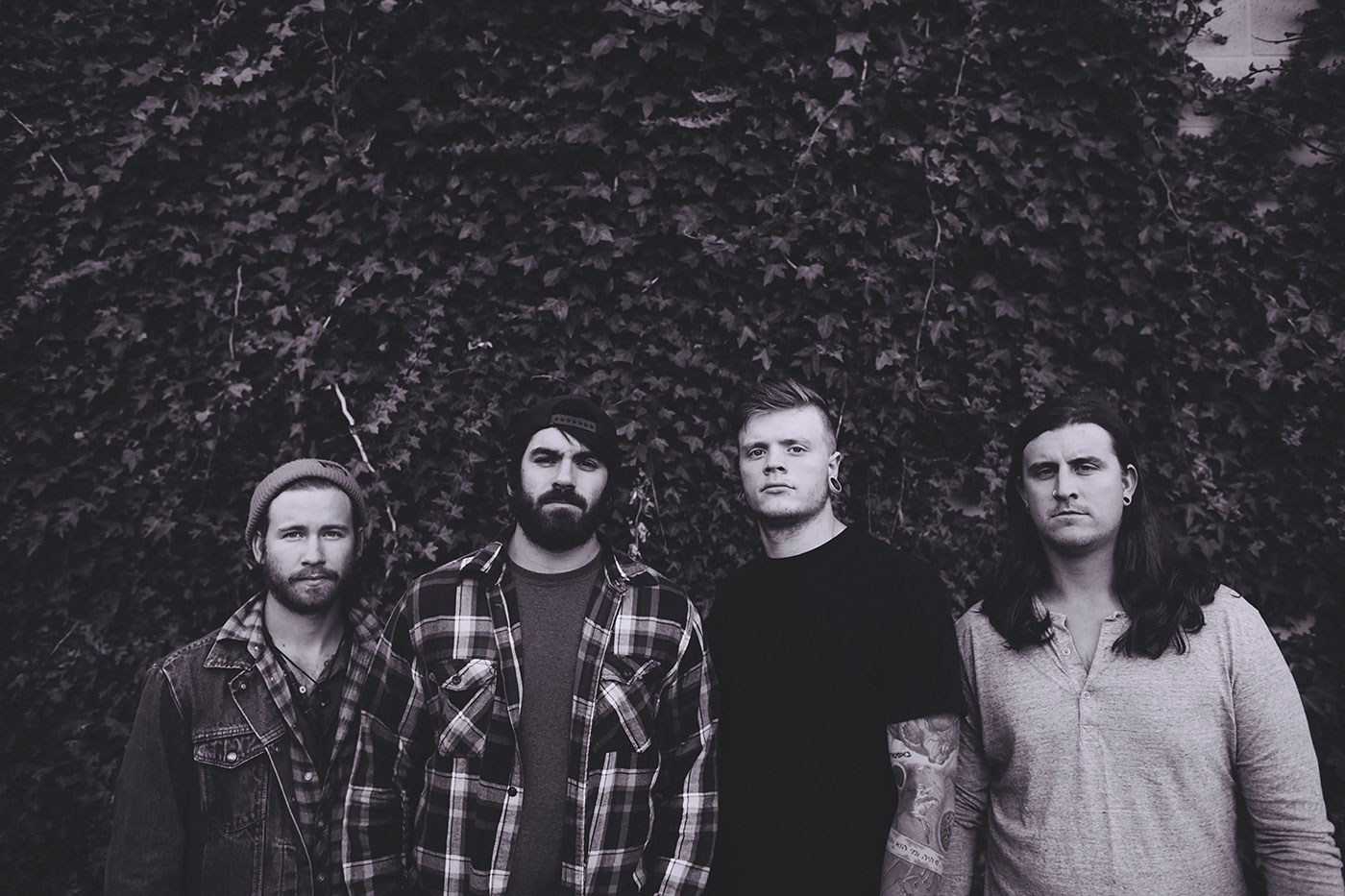 Steve Cobucci writes for the thinking man, as Wolves at the Gate drop 'VxV'

I first interviewed Steve Cobucci, clean vocalist from Cedarville, Ohio-based post-hardcore Wolves at the Gate (WATG), outside of the hole-in-the-wall music club Peabody’s, which was awkwardly jammed in-between Downtown Cleveland’s historical Playhouse Square (which hosts the nations’ second largest theater district) and the under-ripened campus of Cleveland State University. Peabody’s was a dark, cramped and seemingly unsanitary venue that seemed to always have sewage smell and a sticky feel to its floor.

We met to discuss their then-latest EP, Back to School, which featured covers of Thrice, Thursday, The Receiving End of Sirens and Blindside — all pioneers of modern post-hardcore — for an article I was writing on the band. After discussing the EP, we drifted into a discussion of their upcoming album. Cobucci mentioned he thought their first album, Captors, was too polished. Curious, I pressed him for more details, and he explained that they emphasize their live show so much that, according to many fans, they sounded better live than in studio.

Cobucci immediately added that he didn’t want this to come off as arrogant, which wasn’t a hard sell coming from a guy with a gentle demeanor and who rocked an Ascend the Hill t-shirt. Nonetheless, he meant his fans were actually hearing them — their true screams, riffs and rhythms. It was a culmination of a natural evolution of their music after so many repetitions, and the demands of a good live show, whether their performance was simply more seasoned or their songs were actually altered to fit the mood. It’s the live show where you clinch your fans, Cobucci said.

Fast forward several months later. Peabody’s is now demolished for good, it’s space used for Cleveland State University’s new medical school facility, and WATG’s new album, VxV, (pronounced “five by five”) is ready to hit the shelves. While VxV preserves much of what put them on the post-hardcore map — from their fast paced, melodic stanzas to screamer Nick Detty’s furious, staccatos — which contributes to their “strange breed of post-hardcore.” For one, Cobucci said they altered their studio sound to accommodate what was going on with their live sound. “You think being in studios is going to give you this great environment to set up a product you want to put out, but there’s also something about live shows that you’re going to do things there that you won’t do in the studio,” Cobucci said. “I started taking mental notes of the things that I love doing personally.”

Some of those changes included Cobucci and bassist Ben Summers screaming more in the studio. “What would happen is we would record songs, studio versions, and a lot of stuff I would have just Nick scream. But at the end of the day, Ben and I ended up screaming a lot of stuff live, too,” Cobucci said. “Not that Nick can’t do it, but there’s overlapping parts, and more and more we want people to hear on the record what they’re going to hear live.”

Perhaps one of their biggest adjustments was the fact that VxV was recorded without their former lead guitarist, Jeremy Steckel, who left when he got married to “do real things with (his) life,” Cobucci said. (He is also now engaged; no plans to quit the band, however.) They toured extensively without him in the past year, but being that he was the main music writer, the new band found a way to keep the overall studio process the same.

“(It) was different in many respects, but (the) way that we do things as a band is, I send a complete product up to the guys — guitar, vocals, bass, drums — and then we go from there.”

“Going from there” means a lot of one-on-one time with the band, Cobucci said, after he shows them a song. He’ll ask drummer Dylan Baxter what should be done better or what was done right. He’ll run the bass stuff with Summers, who often will mold Cobucci’s original work into something of his own. Then there is Detty, who Cobucci said listens to his own vocals diligently as he seeks to improve and always has great ideas.

“It’s cool letting everybody be themselves, everybody has their parts,” Cobucci said. “Everybody wants a good song. Everyone tries to top it. I say like, ‘Hey, if you can top it, go ahead. That would be awesome.’”

But for the guys in WATG, the detailed work doesn’t stop at the music. Their message is a huge part of who they are, and Cobucci said his goal is to communicate the Gospel of Christ. “It is the greatest message that anyone can hear,” he said. During their live shows, whether on a secular tour or a Christian music festival, they always have a pause in the action where Cobucci will give a detailed but brief Gospel introduction. For example, last year in Cleveland it was about six minutes, paced with Thrice’s instrumental “Night Diving.” It’s unique each time. It is important to Cobucci to craft each message anew at each show, especially to show their sincerity to other bands they’re on tour with.

The crowds they play for will often inspire his writing. “The longer that we play music and tour the better I learn what our audience is,” Cobucci said. “That’s something I really try to study because the people that are listening to our music, I want to write songs that are for them.”

Regardless of what the crowd is like (he said last year it wasn’t rare to get verbal insults during and after their performances), he tries to get their attention. “They may not think the Gospel applies to them, but I want to write a song that says, ‘Hey, you may not know that this applies to you, but it actually does.’”

Whether he’s writing a song or speaking to a crowd, he is a storyteller at heart. “Dead Man,” which describes someone before their salvation, and “Man of Sorrows,” which narrates Christ’s crucifixion and resurrection, are some examples of his style from Captors. He expands on that style in VxV, especially with “The Bird and the Snake,” which is a tragic story of a bird who gives his precious feathers away little by little to a snake in exchange for free worms. Eventually, the bird cannot fly and is devoured by the snake.

“We’re telling people who don’t believe in Christ about sin and telling them it will devour them and there’s not a happy ending for everyone,” Cobucci said. “It was tough for me. I wrestled with whether or not I should write a song that didn’t have a happy ending, but I wanted people to feel the weight. It won’t be a happy ending if you try to live life on your own apart from God.”

Storytelling comes naturally for Cobucci, who said his lyrics are a combination of made up stories, Biblical stories and personal stories, such as “Wild Heart,” which is Detty’s own personal testimony. And similar to the music-writing process, he guides the lyrics but seeks input from the rest of the band.

“I want to know what makes our guys tick and what would be something they would want to hear every night on a tour, be reminded of,” Cobucci said. They like to keep their content genuine and close to their hearts. “I can’t speak for all Christian bands, but I can tell you most assuredly us, as a band, everything is very personal and very emotional.”

Wolves at the Gate was posted on June 3, 2014 for HM Magazine and authored by Jordan Gonzalez.