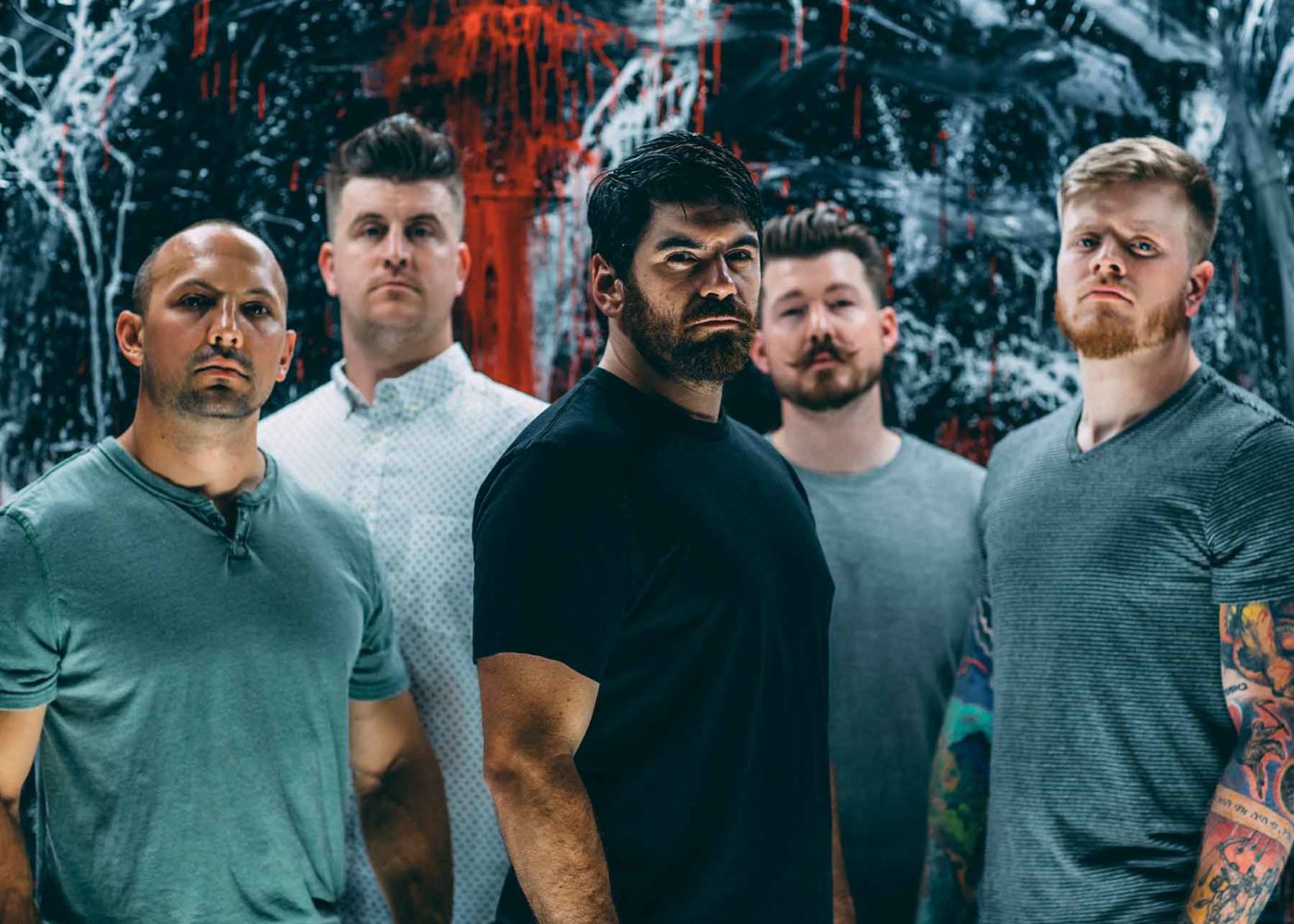 The Light Behind the Eclipse

"That’s what makes the idea of faith so difficult. You have to put your trust in something you can’t see. That’s the idea of an eclipse." HM contributing writer Andrew Voigt revisits Wolves at the Gate's 2019 release, 'Eclipse,' with vocalist and songwriter Steve Cobucci, and explores his new (aptly named) project, Home Front.

Wolves at the Gate has been around since 2008, releasing four studio albums thus far, so they’re not newbies by any stretch of the imagination. However, their most recent album, Eclipse, was released in 2019 and it defines a band that is maturing, working towards mastery of their talent. Steve Cobucci, vocalist and songwriter of Wolves at the Gate, sat down with Andrew Voigt, an HM contributing writer, to discuss Eclipse, future projects, and life in quarantine.

With the newest album Eclipse being released last year, I get the feeling that Wolves at the Gate is really evolving in the metalcore/post-hardcore genre. The music was heavy and a bit dark with hope intertwining the lyrics. It’s such a unique album that balanced the dark and the light with impeccable precision. According to Solid State Records, “Eclipse tells one major story in a myriad of ways: Don’t let what’s real be hidden by darkness.” What inspired the darker overtones to this album?
With the record being titled Eclipse, I felt like it was the best imagery for the very thing that I’d been thinking a lot about in-between record cycles, specifically about belief. What does it truly mean to believe something? Obviously, for me, it was more so directed towards my faith and belief in the Gospel. What does it truly mean to believe what the Gospel says? I think that anyone in any faith system can think that belief is our knowledge of certain facts or events or details rather than belief about who God is. It’s believing something about someone, not just believing these cold, stoic, hard facts.

In the Christian faith, you’re believing something about someone; you’re also believing something about yourself, as well. That’s what makes the idea of faith so difficult. You have to put your trust in something you can’t see. That’s the idea of an eclipse. Everything becomes almost completely black, but there is something very obvious, as well, about an eclipse. You see that white ring around it and think, “Something incredible is behind that, I just can’t completely see it the way I was intended to.” So a lot of the songs kinda came from that.

Everyone has an idea of who they are as a person. You either numb yourself to the reality of who you are, or you realize more and more that you’re not quite as great as you think you are – or as smart or as nice… Being married and having kids, I realize that I have a lot more flaws than I thought I did. What is my faith really resting on? Is my faith resting on how good I think I am or how great a Savior I believe Jesus is? That’s what I was hoping the record would touch on: Me seeing my own darkness, but me seeing hope in all of that. 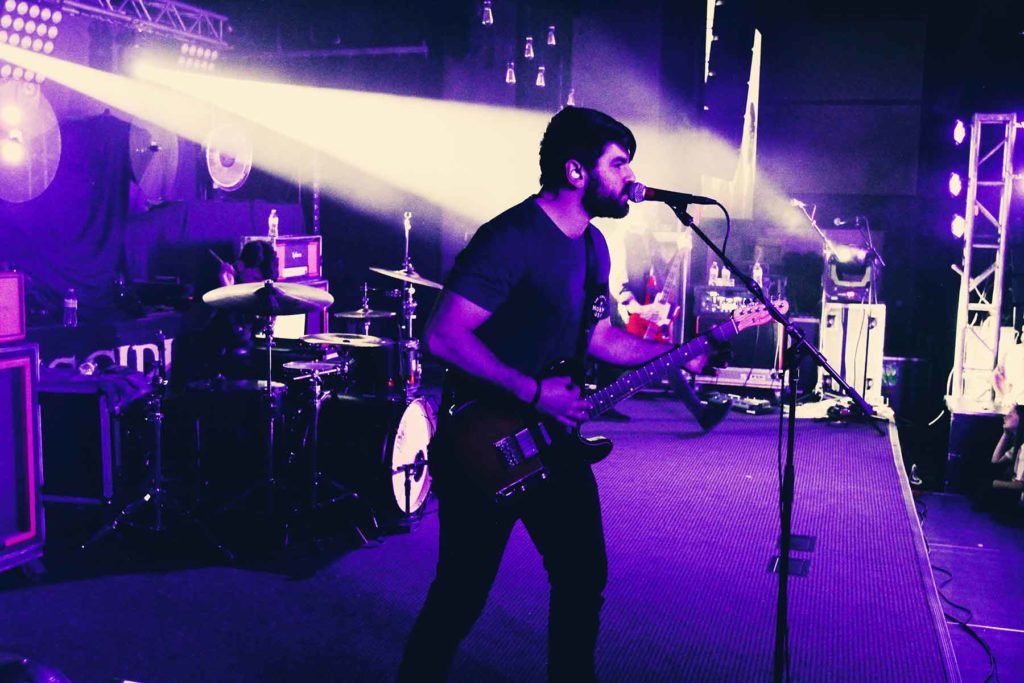 Wolves at the Gate Photo by Chris Bengs for HM Magazine

What usually sparks inspiration in your songwriting? Do you write based on the experiences in life you’re going through in that season, or do you take inspiration from elsewhere?
I used to think that I didn’t write based on experiences in my life, but I think this last record opened my eyes to the realization that everything I’ve written is inspired by what I’m learning, what I’m going through. There’s definitely times through album cycles that something very clear and poignant has happened and it’s like, I can’t help but think about it.

Our previous record came out in 2016 and this record came out in 2019 and the political landscape completely changed, like huge issues with race relations within our country and other issues like that. I couldn’t help but think about those things because they’re thrown in our faces all the time and I care about them too. Some of the songs were definitely influenced in that way, which I would never have imagined myself writing anything at all in response to politics or social issues. I just try to stay out of that stuff, because it ends up just being far more divisive than anything else.

As a Christian, I don’t like the idea of political parties, because there’s something on each side of the fence that I think would align with what I would say are good values and good moral principles. I don’t think there will ever be a political party that completely affiliates with the truth because we are flawed people.

Do you and the guys plan on releasing another album in the next few years?
We’re not good at plans because anytime we make a plan it gets derailed. Eclipse was supposed to come out in 2018. I would love to stay on track to release a new record every two years.

With the current climate in our world, how are you and the guys from the band staying in touch?
Yeah, we actually prefer FaceTiming each other whenever we’re not together anyway, especially Joey (Alarcon, guitarist) and me, because we crack each other up. It kinda makes us happier to see each other’s faces (laughs). Not much has changed to that effect. I’ll be working on music late and night and Joey’s in San Diego, so he’s three hours behind me, so I’ll FaceTime him when I’m working on stuff and be like, “Yo dude, check this out!”

How are you spending your time during the quarantine?
Spending time with family. I’ve been super busy. Everyone’s like dying of boredom; I’m dying of busyness (laughs). I would just kill for somebody else’s free time.

I’m busy with a lot of things. I have a side project I’ve been working on for a while, which is kinda like a rock band. There’s nobody in the band except for me, but I’ve written and recorded all the pieces, and I’m in the middle of finishing recording that record, which I’m so excited to finish. The band is called Home Front. All the songs are about my marriage and the things I’ve learned from being married. There’s probably a lot to share.

You often post pictures on Instagram of your handiwork with home remodeling. How did you get into that?
My Dad owned a home remodeling company; he had been doing it since he was 16 or 17 years old. He would pick me up after school or soccer practice and that’s where I went afterward: to help put door hardware on. I was always interested in it, but my dad was like, “No, you need to go to college and blah blah blah.” I went to college and here it’s still what I do (laughs). He and I laugh about that. I enjoy it, and it’s something that is easy for me to do in-between tours.

With four studio albums as a band, which one would you say, “That one. That’s my favorite. That’s the one I take the most pride in.”
Bands always say their most recent record, but I would say Eclipse for more reasons than just because it’s our most recent record. We did a lot of it ourselves. This honestly feels like the record I’ve always wanted to make, sonically, the way it sounds, you know? This is what I’m looking at as the bar as to what I’m expecting from myself from songwriting in the future. It also really just comes down to the mix. It’s always something I wanted out of our music. This was the first time we had the final say on how we should sound as a band. It sounds right.

I know the music industry as a whole is taking a massive hit with having to shut down all tours and shows for the foreseeable future. How can your fans support you guys?
All bands have merch stores where you can buy stuff online; that’s a huge help. At the end of the day, the biggest thing for us is that, when we do tour, is that people pay attention to our social media. People are like, “Hey, when are you gonna come to Nashville?” And we’re like, “We were just there…” So, make use of social media that is available. If you love our band, put notifications on when you post stuff. We want to make sure people are aware of what’s going on.

Wolves at the Gate was posted on May 2, 2020 for HM Magazine and authored by Andrew Voigt.