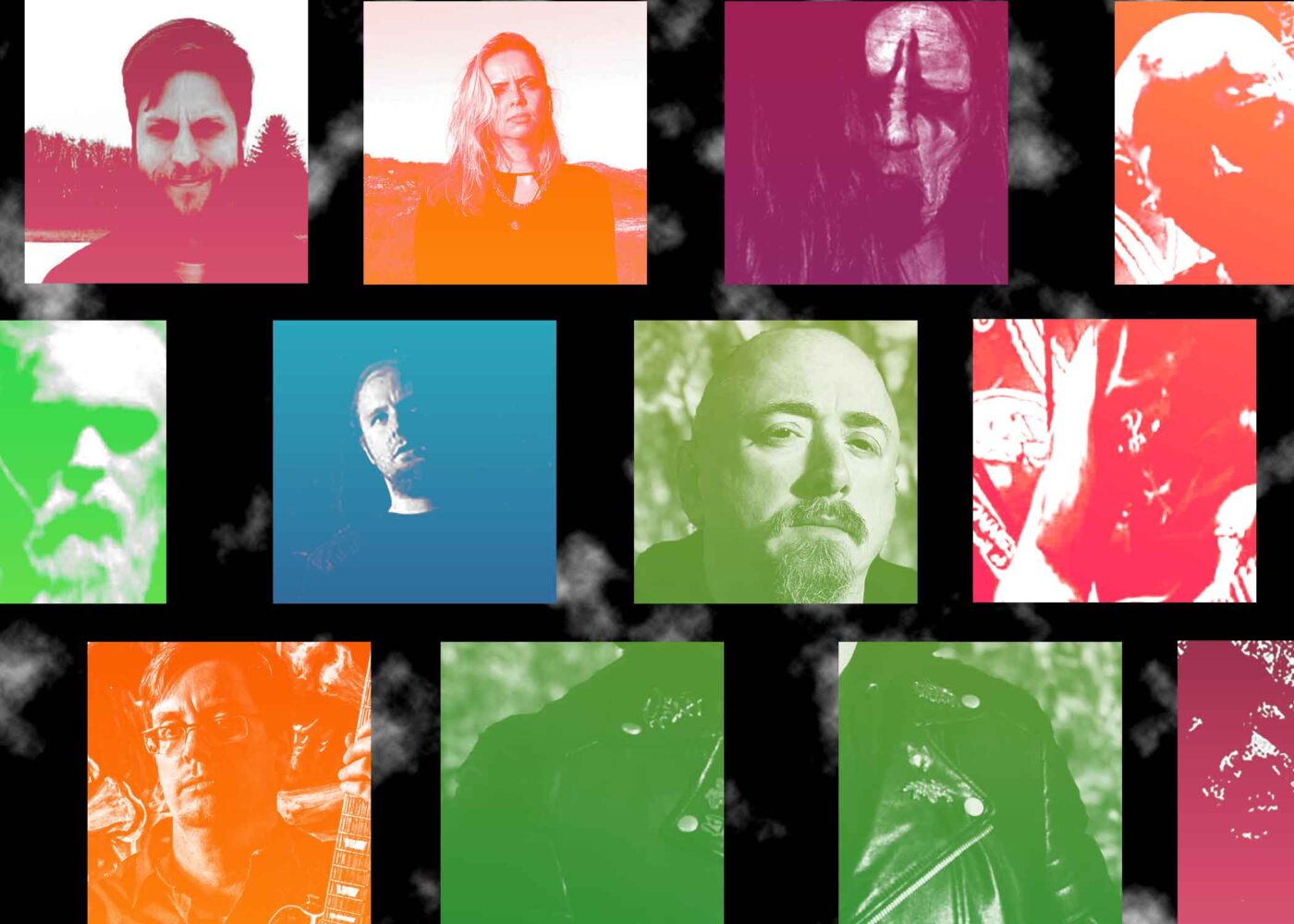 A Hill To Die Upon

As a genre, black metal is an acquired taste in the holistic metal canopy, which is not an understatement to metalheads. For subscribers of the subgenre – and, typically, for followers of niche subgenres writ large – there is a fervent passion for the art form despite the lack of mainstream appreciation. Often referred to as “unblack” in the Christian world, it can be difficult to find your way when you’re getting started in the realm. We’re here to help. You’re already a fan of the genre? Great: We’re here to take you deeper.

A quick note before we proceed: Let’s clarify the use of the term “black metal.” As a Christian, most of what follows would be considered “black” stylistically yet “unblack” lyrically. You may also hear it referred to as white metal. We’re going to take a different perspective and call it all – straight-up – black metal. Recently, the magazine published an interview with Dempsey Mills of Vials of Wrath, a prominent Christian in the black metal scene who writes music and lyrics from that perspective. During our conversation, he spoke about drawing a line in the sand of the genre with the terms. “I’m not a huge fan of the term unblack metal,” Mills said. “A few people asked me about it in the past. I understand where it came from with Horde and that album. I think that was the initial idea of calling Christian black metal “unblack” metal. To me, it’s kind of a weird title. You know, there’s no undeath. There’s no unmetalcore. Why does it have to be unblack?”

Throughout this article, we will be using the term “black metal” to describe the faith-based black metal artists, particularly with regard to an emphasis on style. Of course, this list will leave out many legendary black metal bands (such as Horde). This is to highlight some of the more interesting active-in-2021 bands and artists in the Christian black metal world. In a genre where black metal is incredibly niche, being a Christian in that sub-subgenre is even more so. Here: The Top 10 recommendations for believers wielding their craft in the black metal scene. 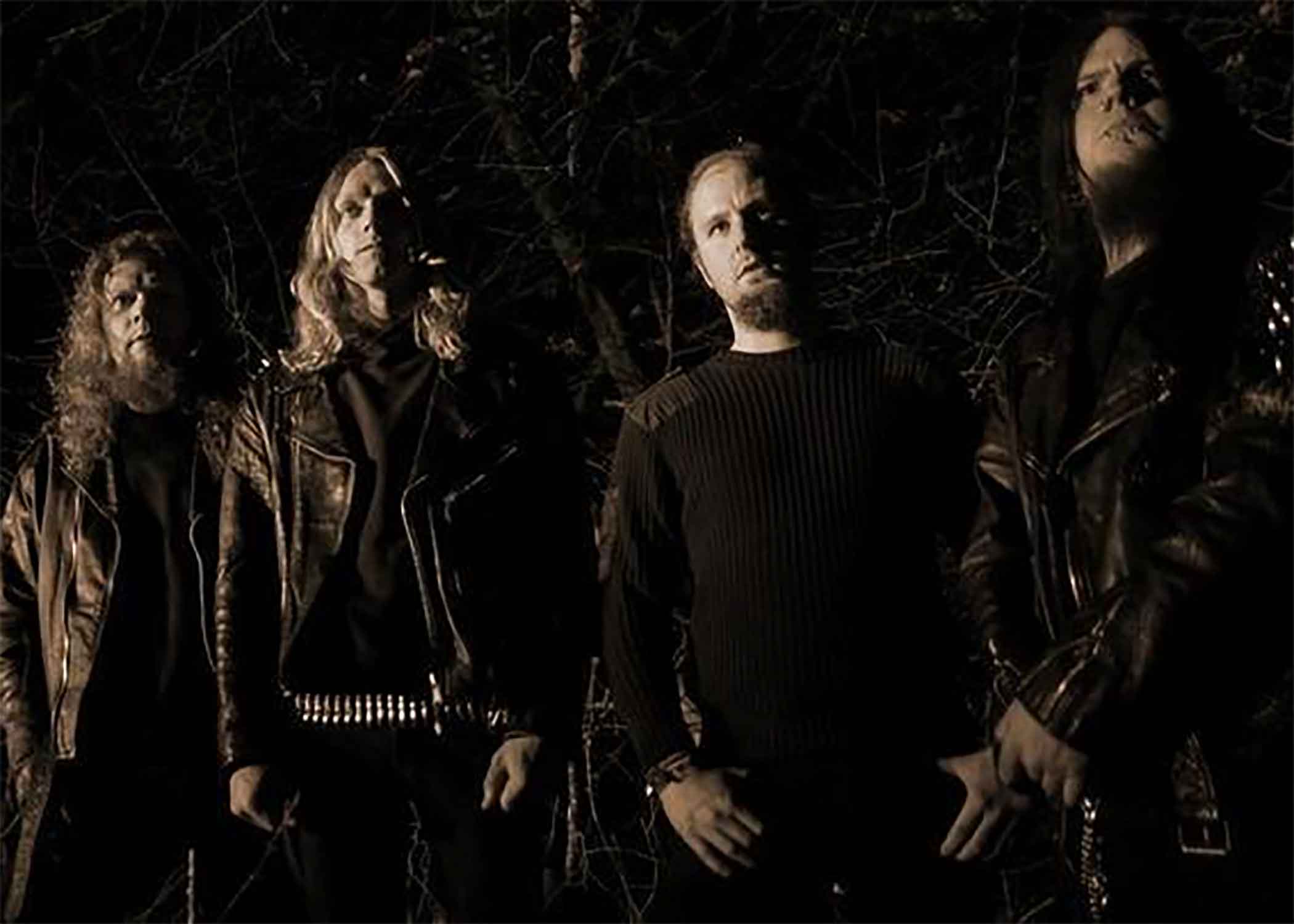 Frosthardr is Norwegian black metal infused with folk-like ballads (and caffeine and brilliance). Despite being a band for quite some time, they have only released one full-length self-titled album, which made its arrival in 2019. Nordic metal straight out of Braveheart. 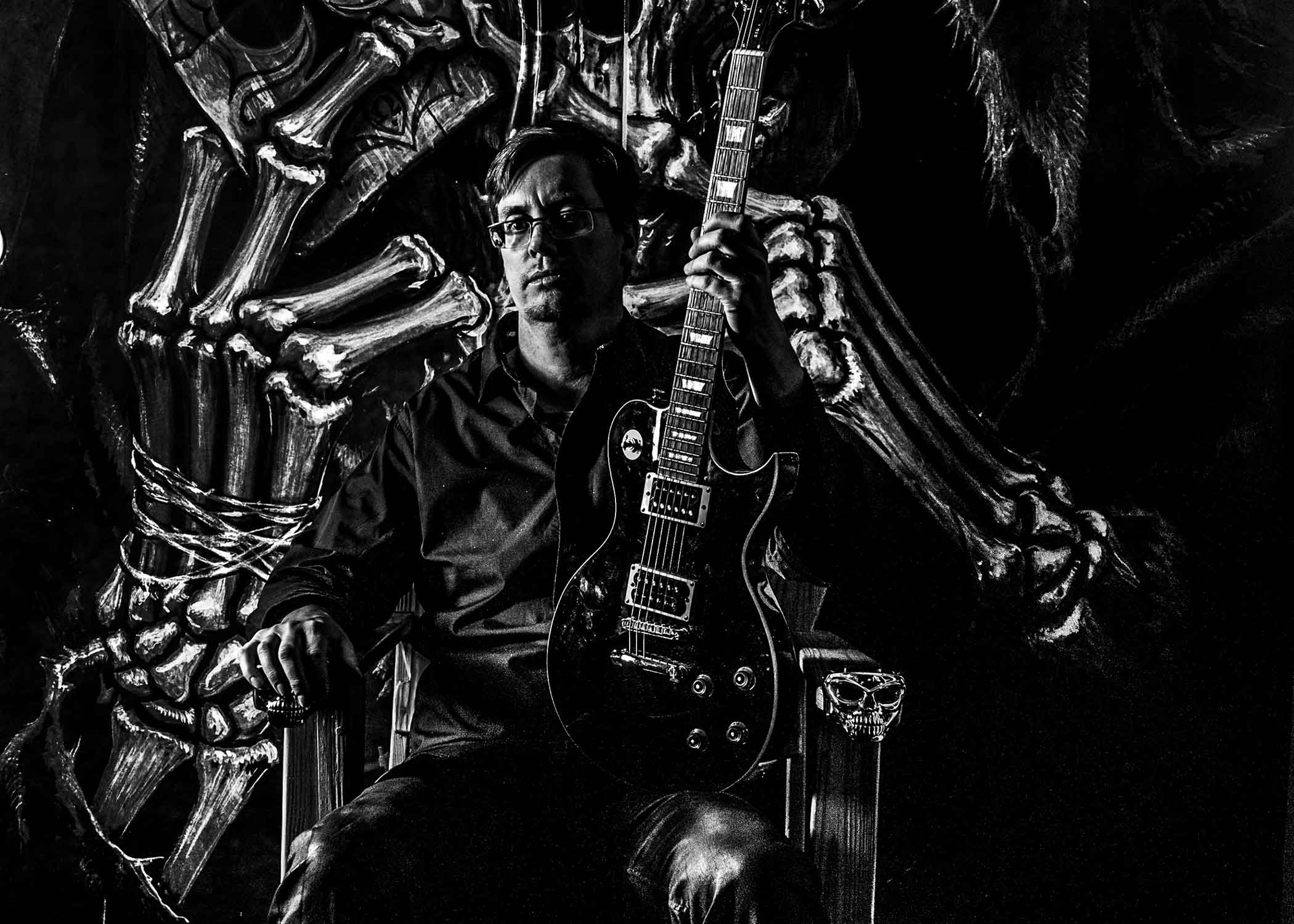 Black Metal Now: Since the Death

This may be one of the most intriguing artists on this entire list. Since the Death’s newest release, The Black Must Come Out, came out amid the pandemic, and the one-man wrecking force (also known as Oscar Rask) has released three records since beginning the project in late 2016. It’s hard to describe the stylistic leanings, and it’s probably a compliment that there’s no easy comparison. Consider a stew of black metal with some punk rock, doom metal, and death metal thrown in. (Top it off with an ice-cold root beer float and you’re eating like a king.) 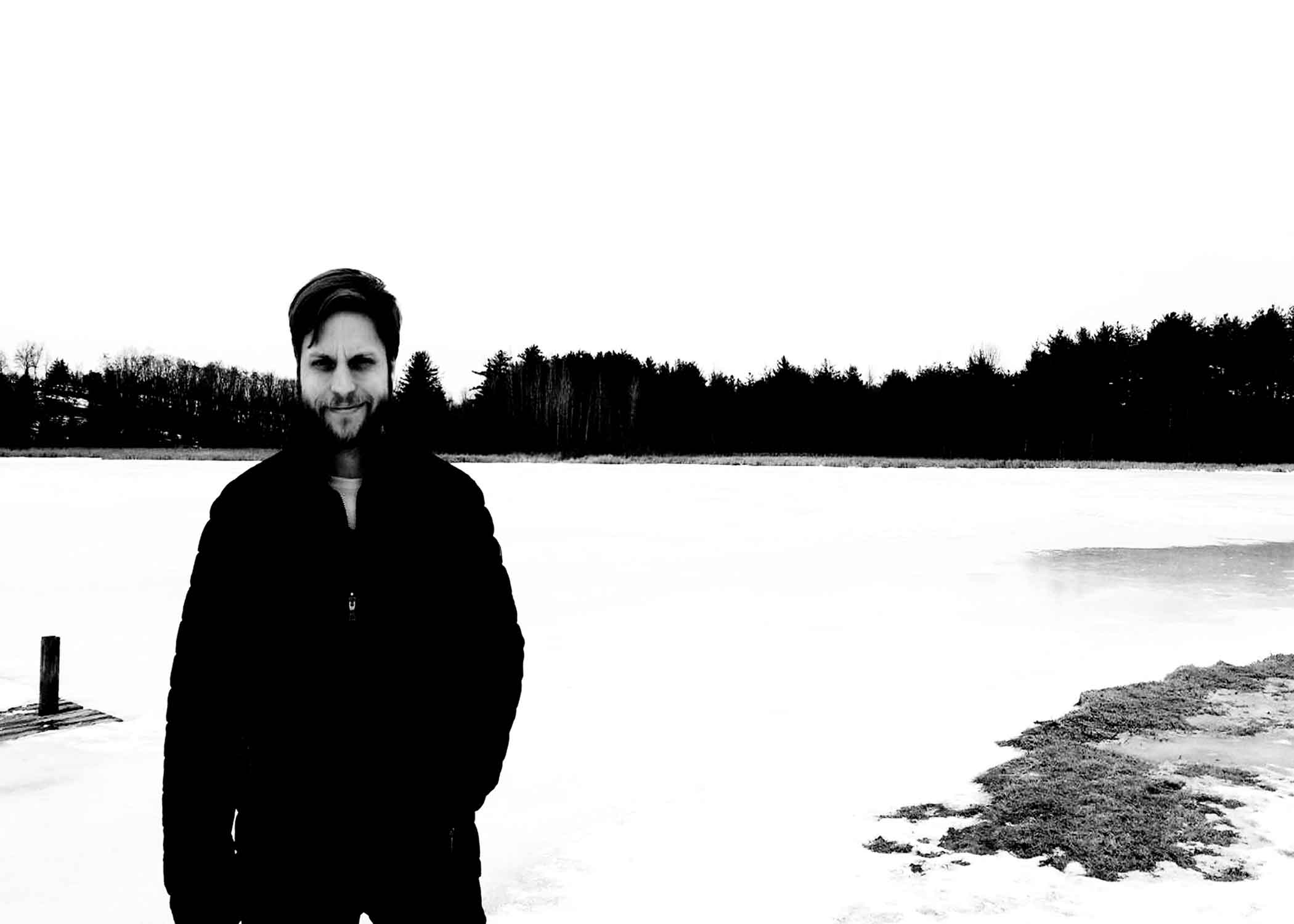 With three albums in roughly three years, Dawnbreaker would be doing us all a favor by keeping up this pace. To call this purely black metal would be a deception; there is a nice blend of death and doom splattered on the canvas. Yet, the blackened influences are undeniable, hauntingly portrayed on their most recent album, Vanquished Horrible Night. Blackened deathish doomy vibrations, on occasion, are the perfect medicine. 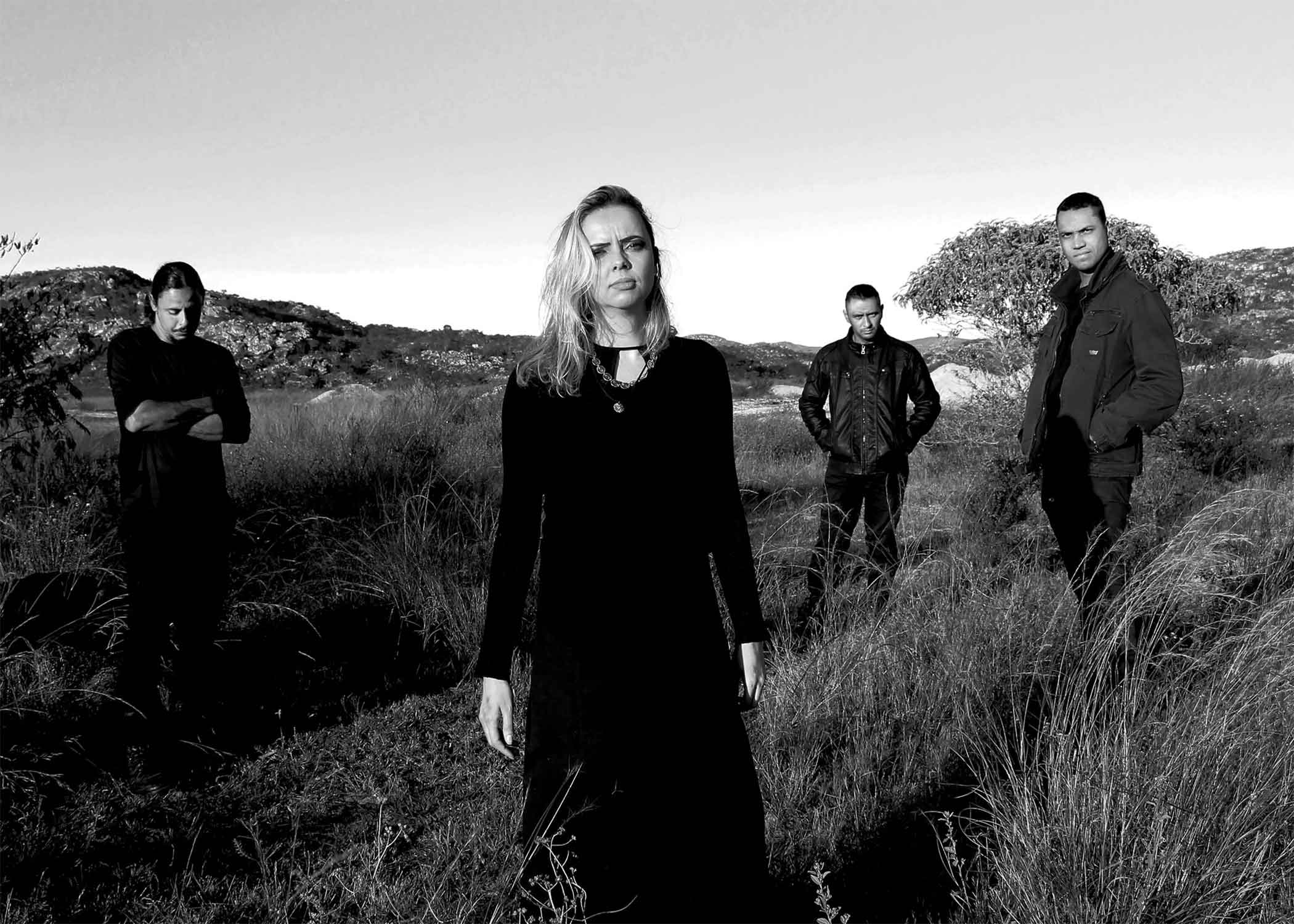 With two albums released, Brazilian black metal band Exortta is creating a blend of blackened operatic metal that is definitively unique. Their most recent album, Tempus, is orchestral, dark, and beautiful. It’s the sound of stumbling into a concert hall in the 1400s that happens to have the makings of a metal band. The band puts a simple-yet-mysterious spin on the genre that is often lacking in the Christian scene.

A Hill to Die Upon 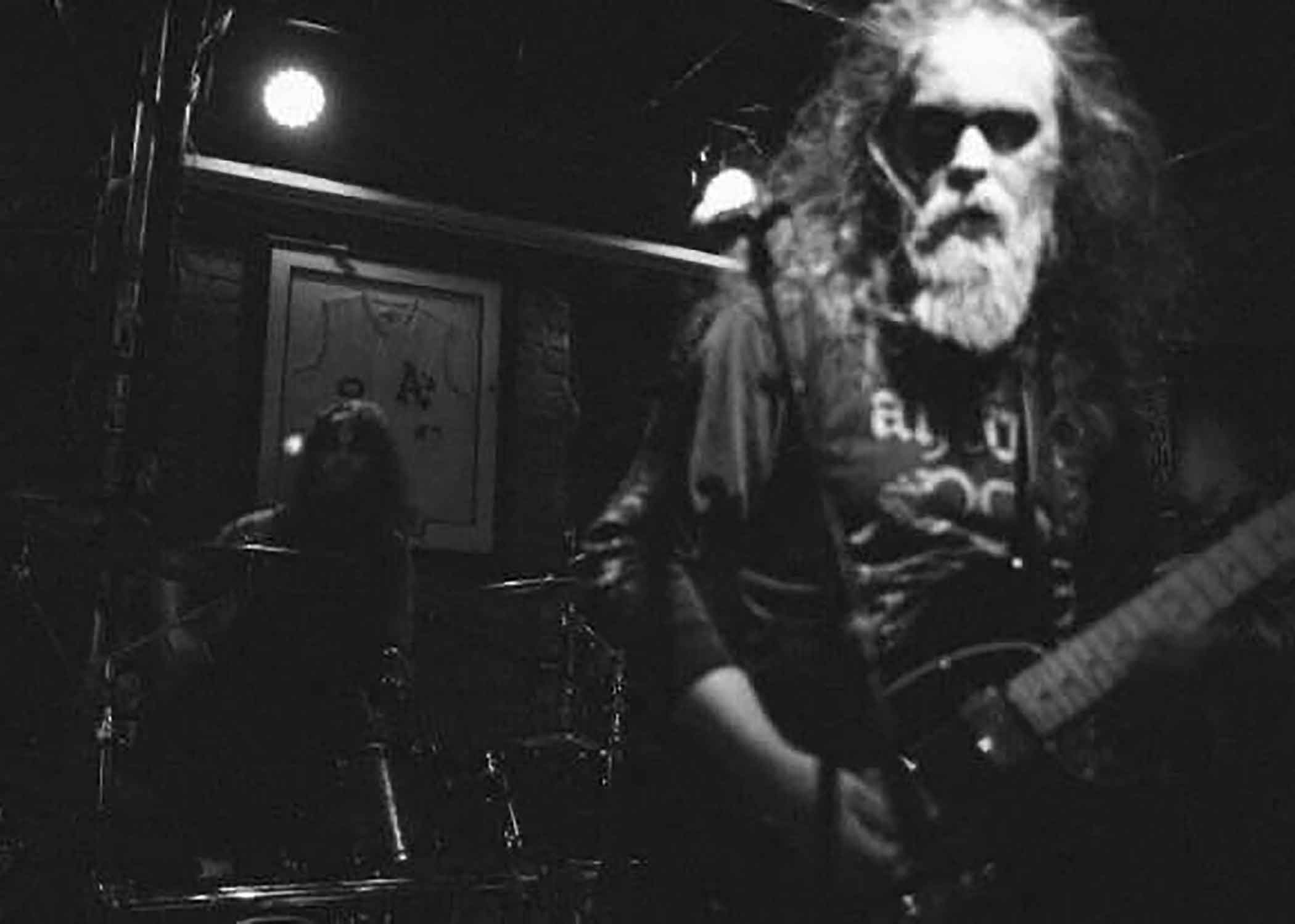 Black Metal Now: A Hill to Die Upon

Another veteran act of black metal, A Hill To Die Upon is one of the most notable outfits that also bear influence from their faith in Christ. Their most recent album, Via Artis Via Mortis, was released in 2017, and, if there is such a thing as pure black metal, AHTDU fits the bill. With a hint of orchestral metal and a dose of doom, the talent of this band is unrivaled. 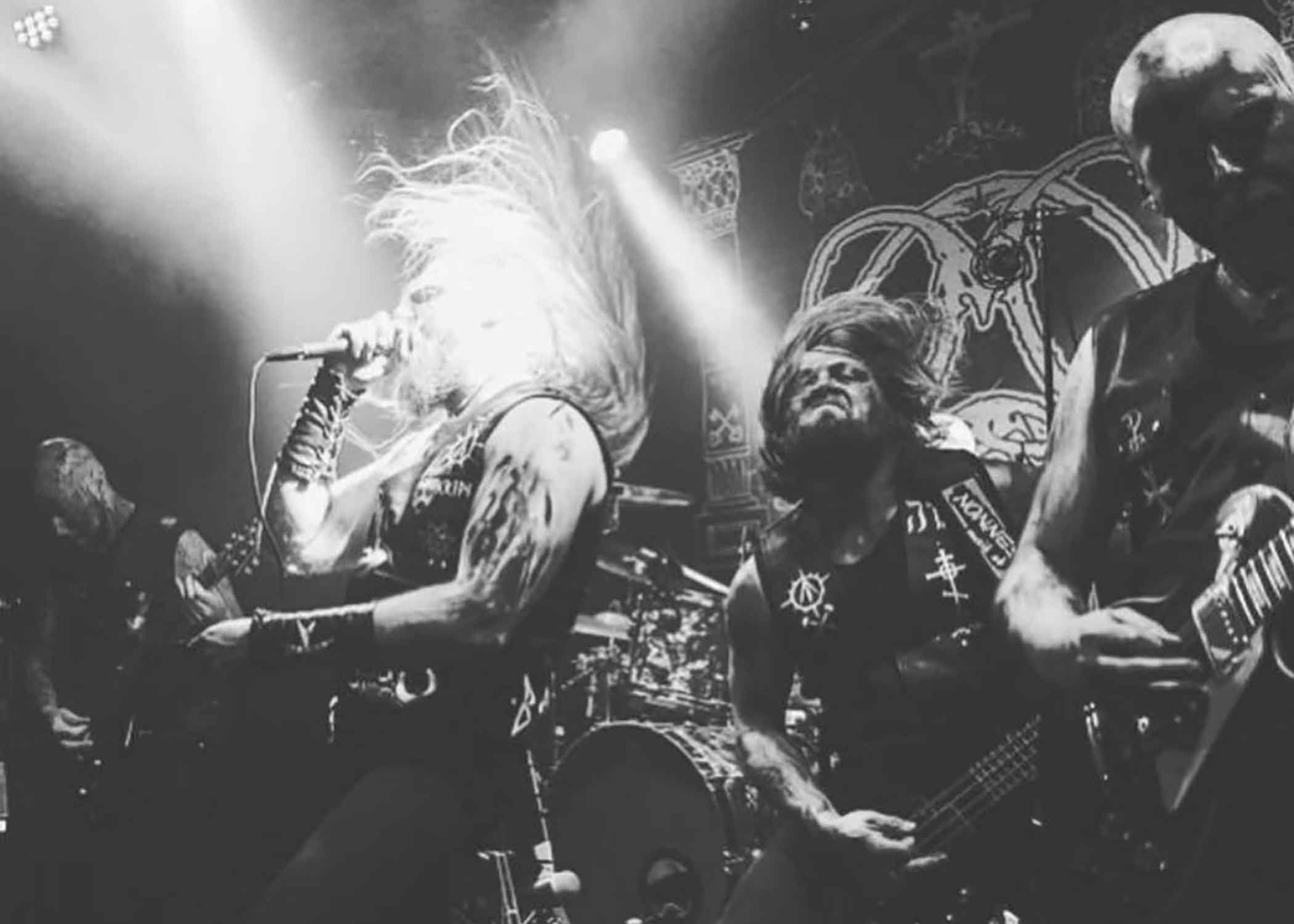 If you have been listening to the Christian black metal scene in the past two decades, little needs to be said. Consider them the rightful heirs to Horde, the founding fathers of Jesus black metal. Despite not being new to the genre, they’re still active and it would be remiss to leave them off. Similar to Skald in Veum, this is brutal black metal, not the ambient kind that can be found elsewhere in this Top 10. Pulsating, dark, and riveting black metal, Crimson Moonlight is essential. 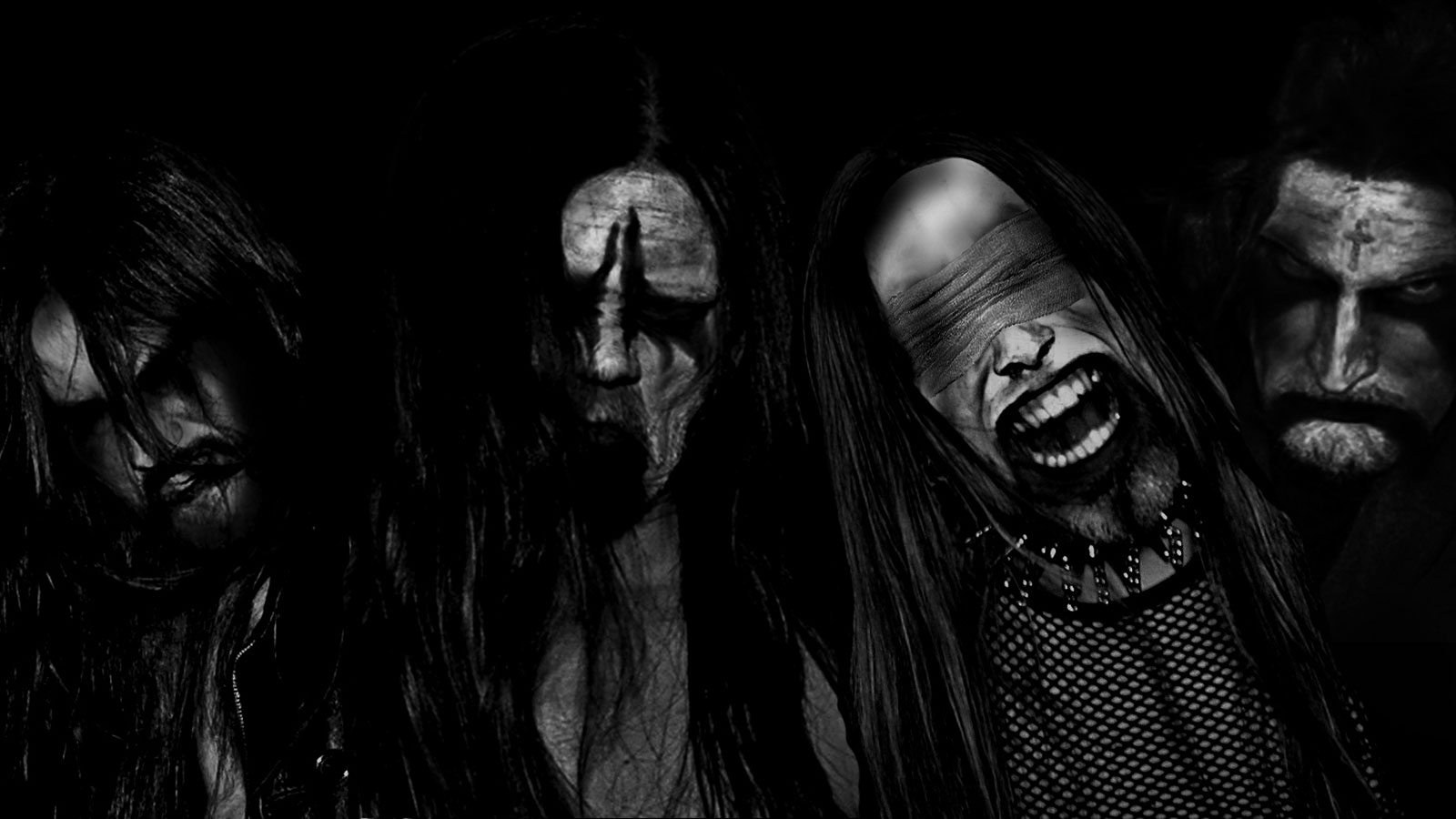 The Swedish self-described Scandinavian black metal band has released two albums (the most recent titled Stridslysten, and it’s consumed with speed and fury in a blend of blackened extreme metal reminiscent of Crimson Moonlight. This is one of the most chilling, dark bands in the mix – and I’m here for it. The band is very vocal about their Christian roots and their evangelistic approach to their music, which is a spiritual uplift for fans of the genre. 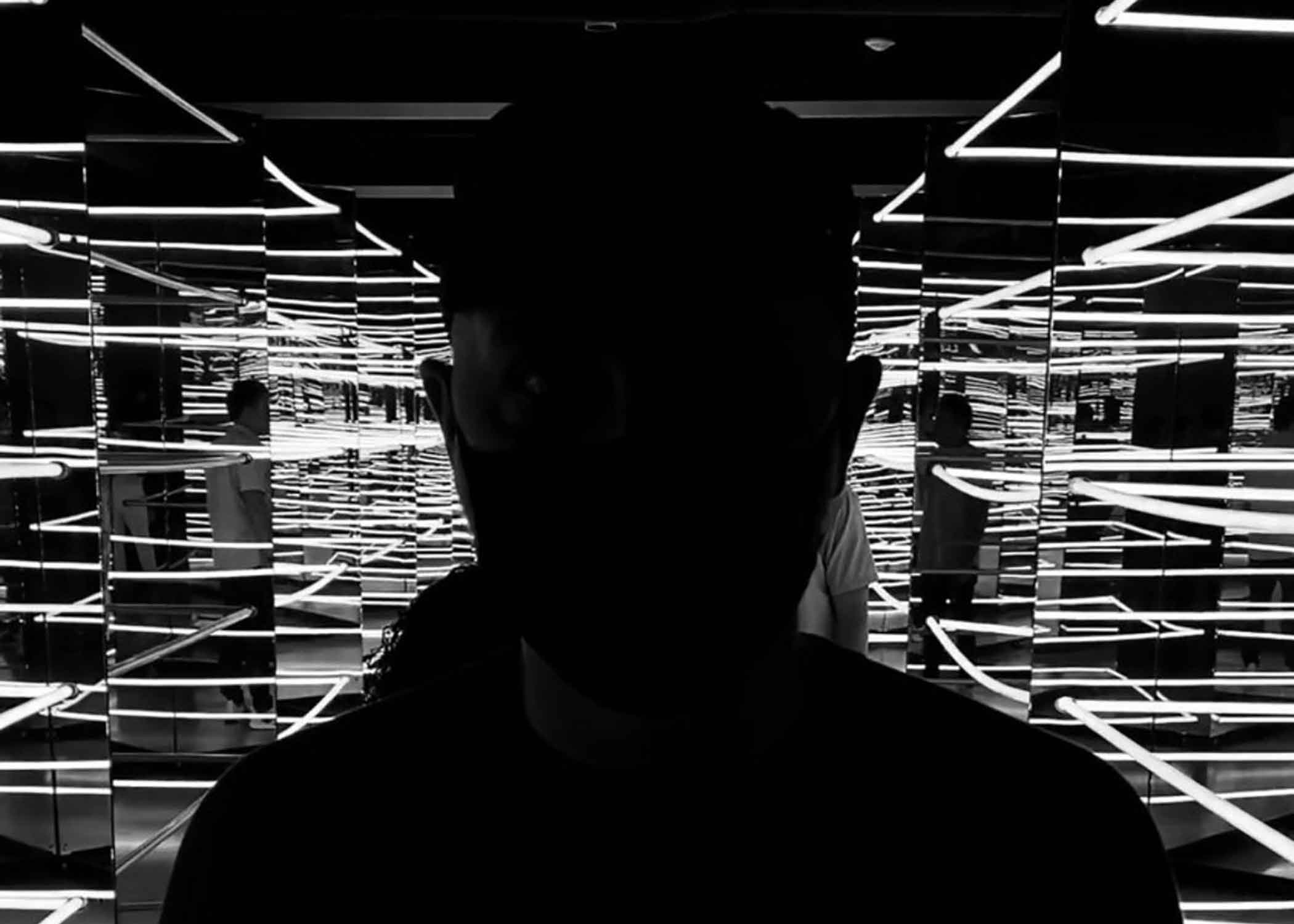 Black metal/blackgaze has a new icon in the making. Deafheaven may have defined the sub-subgenre, but Daygraves is perfecting it. Daygraves is new to the metal world as of 2020, which is one of the few good things we can celebrate originating from such an abysmal year. With five-track EP Silver, a single titled “The Final Empire,” and a split with none other than Within Thy Wounds titled Nocturns, the first impression of Daygraves is amazing. Atmospheric, emotional, and introspective: It’s good. 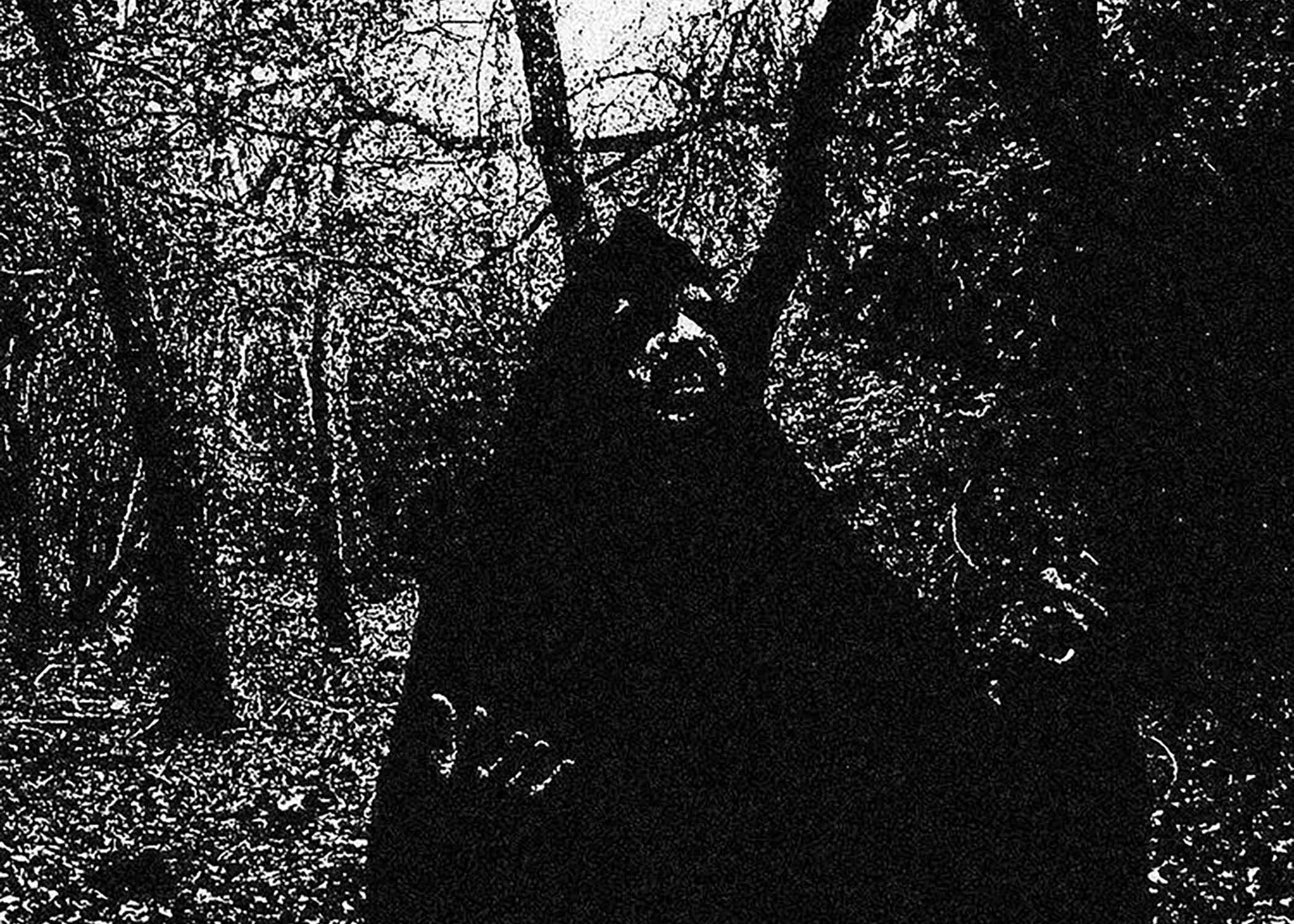 Black Metal Now: Within Thy Wounds

I know I said Vials of Wrath is arguably my personal favorite, but the keyword there is arguably. If an artist was vying for that title, Within Thy Wounds would be at the top of that list. This production of musical mystical fantasy is like the smell of fresh winter air in the highlands that morphs into beautiful soundwaves. It’ll leave you feeling haunted by peace and solitude. 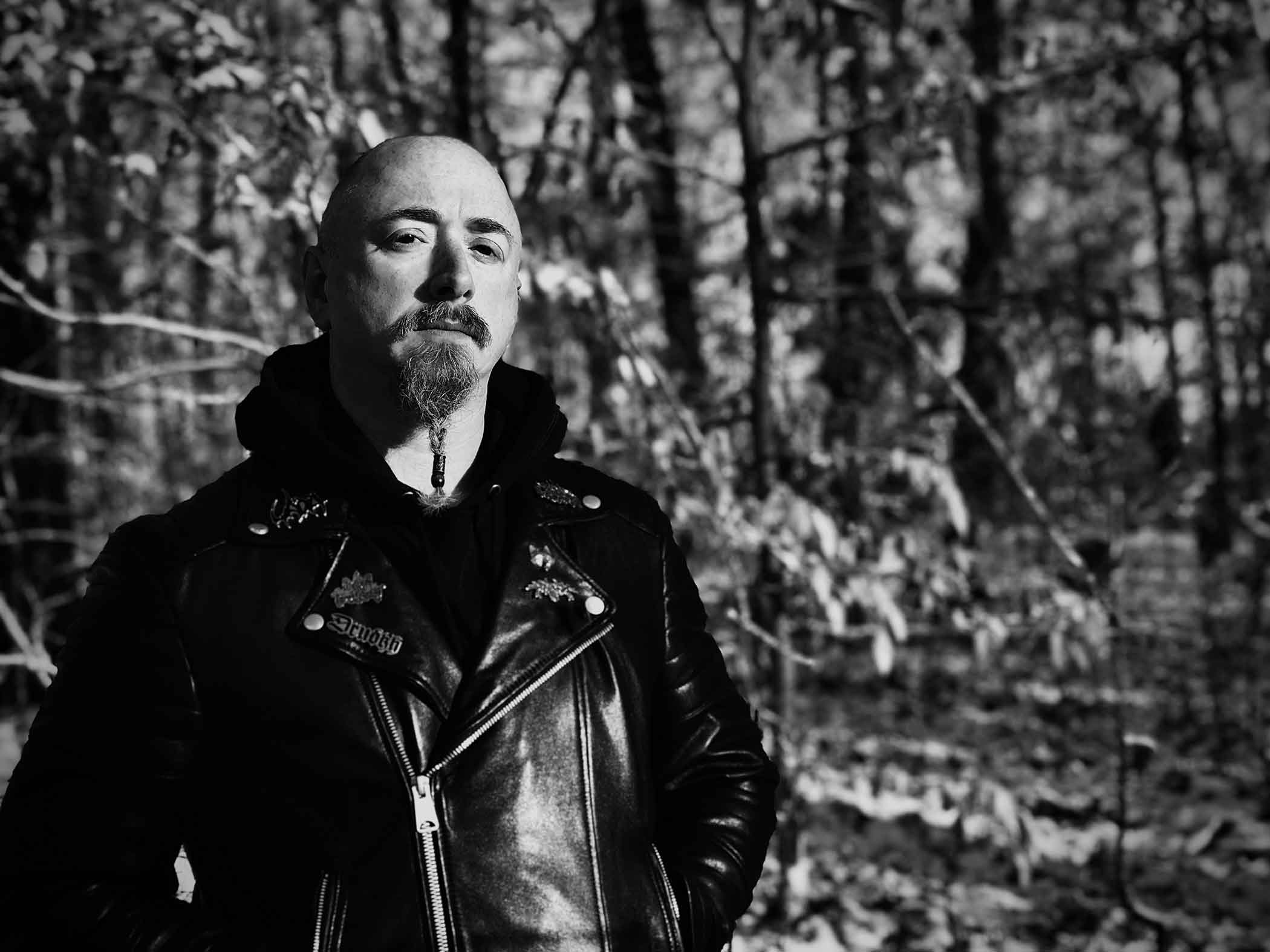 Arguably a personal favorite in black metal, Vials of Wrath is enigmatic, mystical, and dark. In the vein of the band’s artwork, which is reminiscent of something you’d see in a fantasy, the brand of black metal Vials produces leaves you with a feeling of tranquility, a sense of calm and weightlessness that is often found in meditation and prayer. For fans of atmosphere, fantasy, and enigma, Vials of Wrath is a must-listen.