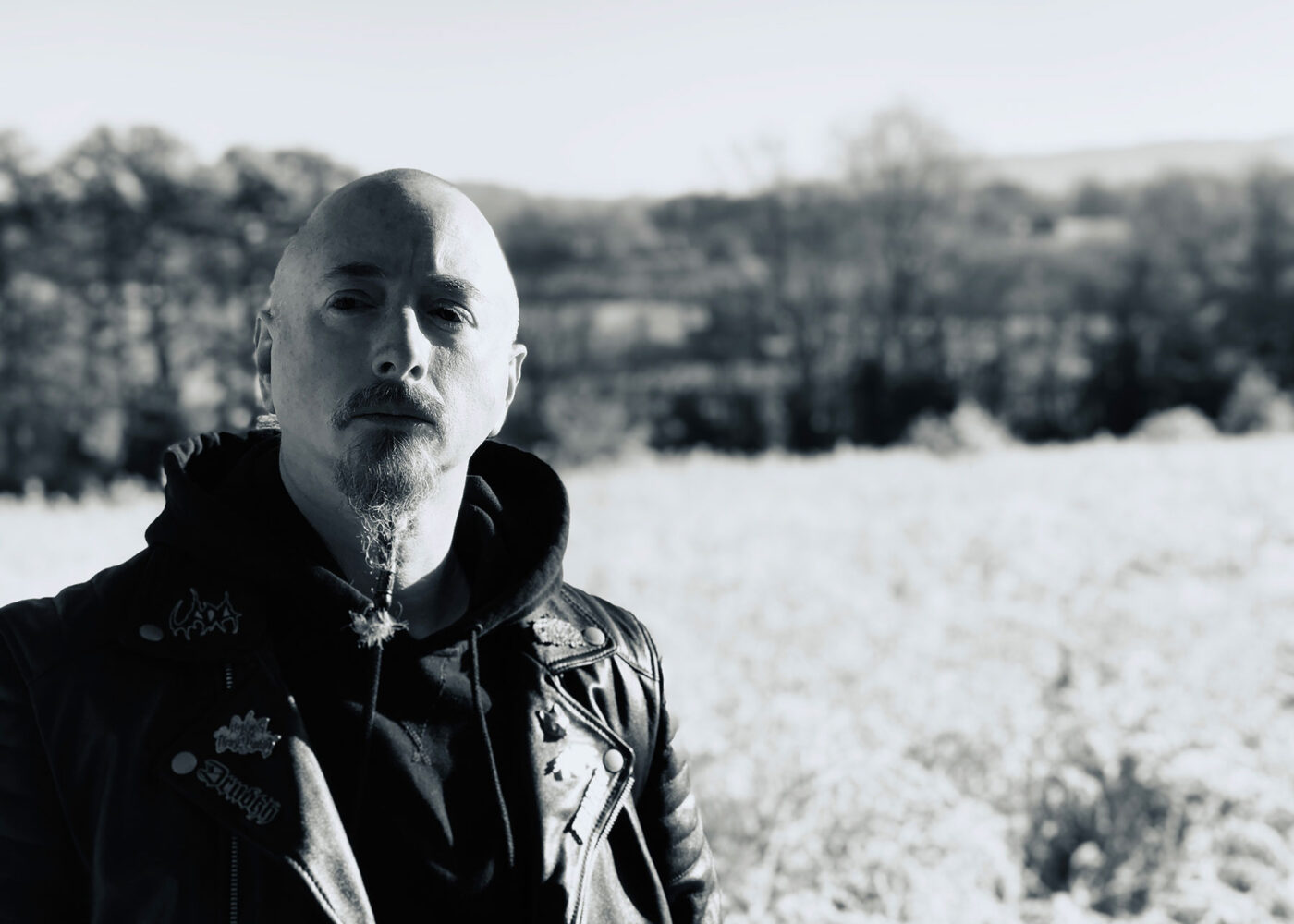 Black metal is one of the most opaque genres in metal. It’s technical yet rhythmic; heavy yet ambient. To steal a word from Dempsey Mills, the brains behind Vials of Wrath, black metal is very much atmospheric: It’s commonplace to hear a folk influence, chanting, classical music resounding through the ballads. Many black metal artists, due to the Nordic roots of the genre, reinforce the original feel of their forefathers with shrieking vocals, rapid licks, and building a world around a musical theme. It’s also a genre rooted in Satanism and Paganism; its very name is meant to represent the opposite of white (representing God).

As with any other form of music, it is hard to separate the actual art form from the stereotype attributed to it, and that has certainly extended into the 2020s. Artists have adopted the sounds of the genre, widowing it from one ideology or worldview. There is tension between heaviness and peace that is hard to capture, and, as Mills would have it, the heart within this otherworldly oxymoron is propelled by love and devotion to Jesus Christ. Mills is an artist incredibly devoted to his craft, a believer in Christ who had a peace and gentleness about him that was reminiscent of his music. Andrew Voigt, contributing writer to HM, sat down with Mills of Vials of Wrath to discuss the music, the faith, and the man behind the atmosphere.

In the world of Christian blackened metal, many people call it unblack metal or white metal. How do you classify the genre?
I’m not a huge fan of the term “unblack” metal. A few people asked me about it in the past. I understand where it came from with Horde and that album. I think that was the initial idea of calling Christian black metal as “unblack” metal. To me, it’s kind of a weird title. You know, there’s no un-death. There’s no un-metalcore. Why does it have to be un-black? It was a cool name for his album, but I’m not crazy about the whole scene being called that. Having said that, most of the time I just say that it’s Christian black metal. I’m trying to branch out and get to where it’s not just straight black metal influences. I do some more of the doom metal or even death metal influences, too.

Your music has a very Nordic folk vibe. What influenced that?
Years of listening to different bands. Obviously, black metal originated in Norway and Sweden. Before I was a Christian, that was pretty much my dominant influence, the Norwegian bands. I think they really call it the second wave of black metal bands when it really broke through and created some kind of identity.

When I became a Christian, I went for several years and didn’t listen to any of that kind of music but the influences were still there: the Swedish sounds, the Gothenburg bands like At the Gates and Dark Tranquility. I’ve always liked a little bit of folk-type music. I actually grew up in Southern West Virginia before I moved to North Carolina. Moving here to Tennessee, I was able to enjoy some of the local bands as far as the folk, bluegrass, that type of stuff.

On your 2015 album, Days Without Names, the first track by that same title reminds me a lot of something you would hear from the soundtrack to Blade Runner.
That’s cool. I like when the music paints a picture in your head, whatever that picture is. It’s all about the atmosphere for me. Going back to the black metal influences and some of the early death metal bands, it was like a soundtrack going on to something in your head. I like taking you out of the moment and putting you somewhere. I’ve had a lot of folks tell me that it’s almost like they can create a movie in their head while they’re listening to the music. It will put them in the woods or put them in the mountains. I’m cool with that. That’s really a high compliment to me, so that’s great. 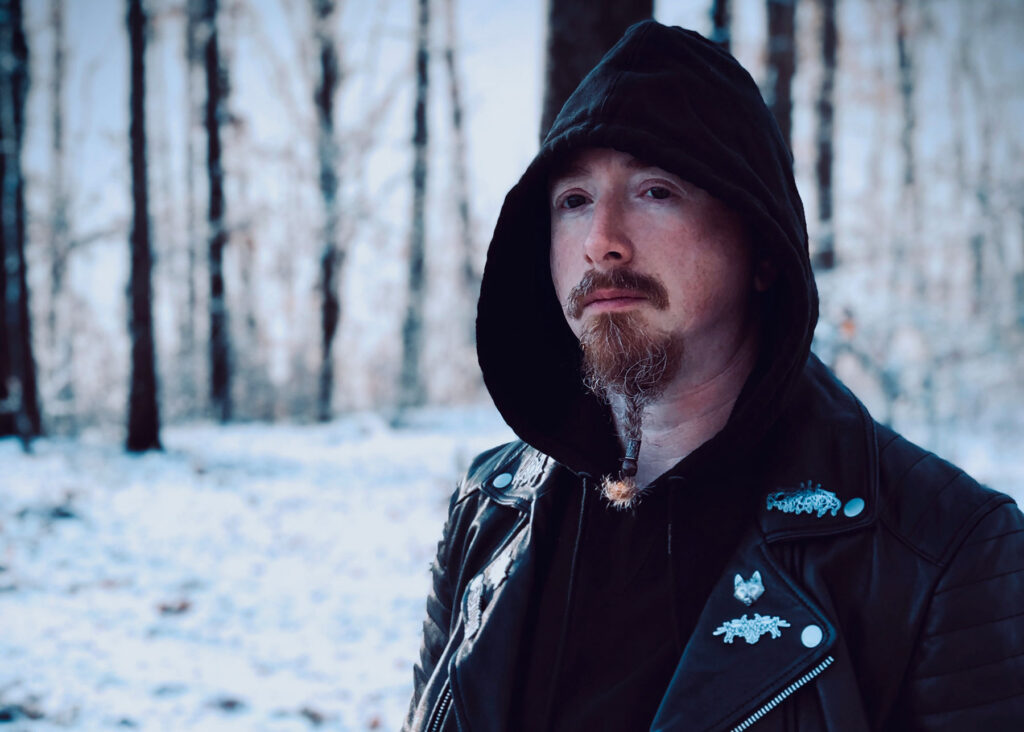 Dempsey Mills of Vials of Wrath

As a Christian in the black metal scene, how did your spiritual journey lead you to Jesus? When did that take place?
Well over 20 years. I became a Christian shortly after I got married. I wasn’t really raised a Christian. We went to church sporadically growing up, but by no means would I say I was a Christian. Music became my dominant religion. That was what I did; that was my outlet.

My brother and I started a band when I first went into college. I would say we sounded something like Morbid Angel or Deicide or some of the early death metal out of Florida. That really influenced us. But then, shortly after that, we discovered black metal bands. It influenced our second album and my early writing and I couldn’t get enough of that stuff. This was in the days before the internet, so really all you had to go on was: if you couldn’t read the logo, it was indecipherable, and you’re like, “Oh, this is probably cool,” we would grab that.

“That’s another thing with my music. I don’t shy away from being Christian at all. But, at the same time, I don’t want to be a band that just preaches to the choir.”

I was heavily into the music and my wife, her grandparents were actually ministers within the Church of God out of Cleveland, TN. She grew up in church, so there was a little bit of a divide going on there. She was able to sway me into going to church and something clicked, something happened. I found something I was missing, specifically at a revival that I went to at the church. The denomination we’re a part of is a Pentecostal denomination, so we jokingly call it “doing carpet time.” It’s one of those things where, if you really feel an anointing on you so heavy, you almost pass out under the weight of God’s presence. That happened to me, and to use a pun, it floored me. I went down and was like, “Wow, this is real.” I felt something I had never felt before. I gave my life to the Lord right then and there.

Immediately, I knew I had to give up the music. It was a little hard because that was my outlet, that was my religion. I was consumed with it. God brought it full circle. I took some time off. I didn’t play music. I didn’t listen to it for probably four-to-five years. When I moved to Charlotte, I met this group of guys who found out about my background, pulled me into a band, and started playing metalcore. The band was Bloodline Severed. I was able to start using my talents for God and never looked back.

You have been working on a new musical project. What can you share about that?
I’ve always got Vials of Wrath stuff going on in the back of my head. I do a lot of hiking. Actually, even today on my property here, we’re working on forging our own personal nature trail. I can’t get enough of going on hikes and walking around outside and enjoying the mountains because it’s so inspirational to me. That’s how I spend time in prayer and communion with God. Because I do that so much, I’m always getting ideas for Vials of Wrath stuff.

I also have other influences and things that I like that I have not been able to incorporate yet. I’ve always been into gothic hard rock and more of the metal that’s darker – but it’s not black metal. To name some bands, maybe Tribulation or Cloak, going back to maybe even some ’80s, ’90s bands like maybe Type O Negative or Danzig. I’m not aware of any Christian bands that are doing stuff along those lines. I’m finally putting the gas to that. I definitely want to do another Vials of Wrath album in the next year or two. In the meantime, I’ve also been writing stuff for this new project. It’s going to be called Pallidus. I’m writing some stuff now and recording that, hoping to have that out sometime in the Summer of next year.

One of my favorite things about your work is that you have a mythical approach to your music, including the accompanying artwork. Regarding the name Vials of Wrath, where did that come from?
I’m big into Revelation, end times, signs, and those types of things. I was thinking, man, that would be a cool topic for doing a lot of this style of music. So I went into Revelation; I was like, wow, Vials of Wrath. That sounded really cool. My first EP that I did was more death metal with some black metal tinge to it. I didn’t just click with that. It was really close to the style that I used to play in my previous band with my brother before I was a Christian. It was close to Dissection and Morbid Angel and that kind of stuff. I was like, I don’t really want to do this; I want to do something closer to my more modern influences, as well. I’m big into Alcest, huge Wolves in the Throne Room fan. Those are more of the modern black metal-style bands. My love of nature and the folk stuff, once I threw that all in, I was like, well, strictly confining my music to the book of Revelation and end times didn’t mesh – but I really liked the name.

You’re actually on a mainstream extreme metal label called Flowing Downward, not a Christian label. As a Christian black metal artist, how did that work out?
Honestly, I’m not sure myself. They sent me an email out of the blue, and I had never heard of this label. I had heard of Avantgarde Music. They have released some music by some of the major names in the black metal world and bands that I’ve loved my whole life. Some of them I don’t listen to anymore because they’re just so Satanic and evil and anti-Christian. I’m a huge Katatonia fan, and they had released some of their earlier material with (the label). I didn’t know they had started this sub-label called Flowing Downward. They just emailed me out of the blue and were like, “We really like what you’re doing, and we found you on Bandcamp. Would you be interested in releasing something with us?”

I thought about it for about two seconds, and, when I realized that they were a sub-label of Avantgarde Music and that I was going to be the only Christian (to my knowledge) on that entire label, it was very humbling and exciting. I was like, Wow, they feel like my music is on caliber with these guys that I just held in such high esteem. I thought this was going to be a good stepping stone for me to crossover into the secular realm.

That’s another thing with my music. I don’t shy away from being Christian at all. But, at the same time, I don’t want to be a band that just preaches to the choir. I want to branch out and have that crossover appeal. The fact that that label wanted to pick me up, I thought, Well, that really means God is moving on my behalf and I’m doing something right. So, I jumped on that opportunity.

Vials of Wrath was posted on December 21, 2020 for HM Magazine and authored by Andrew Voigt.