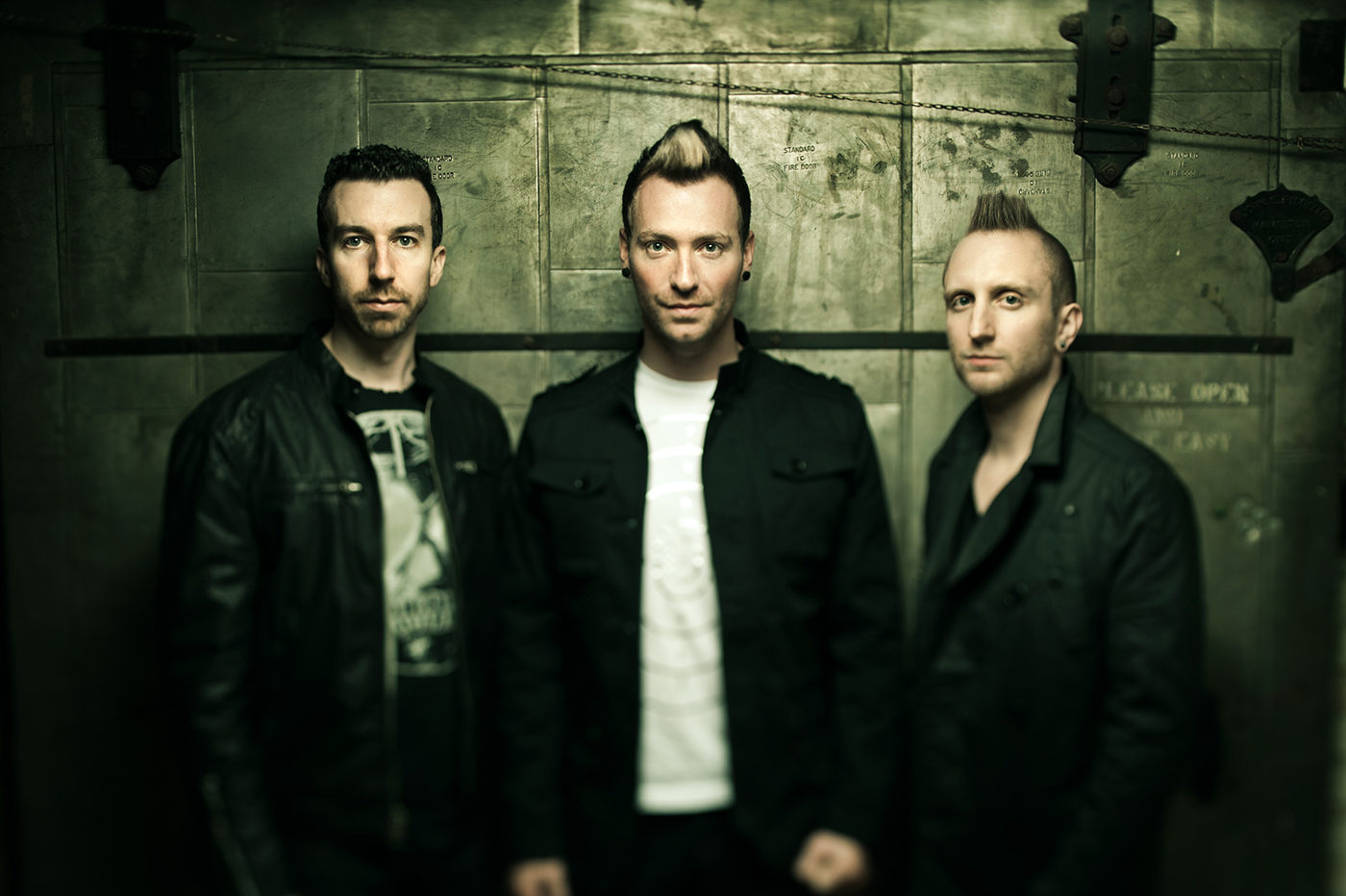 You have talked about moving forward and getting back to the basics, how does “Made in Canada” fit into that plan for TFK?
This was a “greatest hits” type of release our former label wanted to pursue. We assisted them in that, but tried our best to make sure it didn’t interfere with the other new material or releases we as TFK independently were releasing or working on. These are both songs that were written during the last two albums that we loved, but didn’t quite fit the body of each record. We thought it was only fitting to record them and include them in this compilation.

They are not an indication of what the new album will sound like (or a window into what’s next). They’re a fun new addition to the records we made during this time. They’re both a little step outside the box for TFK as well, so we thought it would be fun to share them. Hope you enjoy!

Are there any surprising sounds to be heard from this upcoming album?
Both of the new songs have a very distinct sound, and are out of the box a little for our previous TFK releases to this point. We wanted to showcase them for that reason.

“Complicate You” — This song has more of a heavy funk feel to it, which we loved. It’s more of a fun, feel good song about meeting someone that completely catches you off guard, but in a good way. It’s about a guy/girl randomly meeting for the first time, and it captures those same quirky feelings you get when that happens. I thought it was an honest and funny perspective on that.

“Searchlight” — This song is about those times in our lives when we feel like a small ship in a big sea, surrounded by crashing waves and looking for solid ground.  It felt like a unique way to say, “God, I need you so bad right now, I feel like I’m sinking.” It’s an S.O.S.

The title “Made in Canada” draws from your Ontario roots. What are some other reasons for the homegrown album name?
We were trying to find a name for this collection that best encompassed where we’ve been and where we came from.

What was the motivation for putting out an album on Tooth & Nail Records after having tremendous success with an indie album?
The label asked to conclude their tenure with the band with this collection. We are still very indie, and we have a new record that will be released next year on our own once again.

The public’s reception of The End is Where We Begin has been phenomenal. Can you describe the Kickstarter process and how Fuel Music helped you release this independently?
When we chose to go independent, we formed a great team led by Fuel Music, and it’s proven to be the right channel for TFK to release our music directly with the people who support this band and this music. At the time, Kickstarter was still very new all around, and something we’d never seen done before. Being independent, it allowed us to connect with our inner circle the way we intended, and it gave us the chance to give more, and work with them directly to help support what we were doing.

We’ll always stay true to our music regardless of what’s happening in rock or any other genre, musically, at the time.  An artist’s music needs to be honest, or I believe we can all see through it.

It was a huge blessing, and at the time, it resulted in being a Top 3 Kickstarter campaign, which was something we could have never imagined.  The thanks go to everyone who reached out and supported us in what we were doing there. The results were so humbling and encouraging.

Going through the Kickstart process can be daunting. How do you think TFK reached their funding goals?
By relying on the TFK ARMY, solely. They’ve been the reason we could take this step forward independently, and the kickstart we needed to get things moving independently.

What were some of the issues transitioning to an independent project? How did TFK work through some of the problems, and what kept you guys strong through the process?
Going truly 100 percent independent from the inside out means no record labels, no outside distribution deals and everything’s internal.  That’s a huge risk for any band or artist, and a huge financial risk. We took a faith step we believed we were supposed to take, and the TFK ARMY stepped in full circle. We can’t thank everyone who has supported us enough.

The difference is a lot of extra work that no one else sees outside of your normal shows/writing/recording and releasing new music.  We had to “trust,” and we’re very glad we did.

You talked about your most recent album being “uninhibited,” and learning to simply listen again. Where have your biggest influences come from for keeping TFK’s raw sound?
I/We draw influences from all great music and all great songs, across the board, from every era. (Our inspirations) coupled with life experience have shaped what is becoming the new TFK album, and we couldn’t be more excited. We’ll always stay true to our music regardless of what’s happening in rock or any other genre, musically, at the time.  An artist’s music needs to be honest, or I believe we can all see through it.

How hands-on is the band with the Metamorphosiz: The End Remixes EP collaborations? What are some of the stipulations given to your collaborators before tackling a project like this?
This project started by us offering a challenge to our audience. We told them that if they helped us debut in the Top 20 on Billboard with our current album, that we’d remix and give away two of the new songs for free. The response from this was so great that, based on their request, we chose to remix the entire new record in two EPs.

The first remix EP debuted No. 1 on the iTunes Hard Rock chart, and the reception of that gave us even more tools to remix EP No. 2. We’ve never done this before, and the experience was incredible. Getting to work with some of the world’s best DJs and producers, in that genre remixing our songs, was incredible.  It felt like Christmas, waiting to receive their interpretations of the songs.

Never in our careers have we been able to sit back and let someone else pour into this creatively.  It was a great experience, and something we’d like to continue in the future.

Steve Augustine said you’re constantly updating yourself with different types of music. What inspires you the most? How would you say these types of music influence you in general?
He’s right (laughs). I am a complete and utter music geek from A-Z. I’ve always been obsessed with how a great song (in any genre) could make me feel — something I couldn’t recreate elsewhere. Songs are like a time machine that has the ability to take us back to a place and time in an instant, with the simple sound of a melody. This, in itself, is incredibly inspiring. Monday night at midnight on iTunes has always been my new music perch; I love to preview everything being released and always hope to catch the spark of a new and budding artist that makes me feel that certain something.

Thousand Foot Krutch was posted on October 2, 2013 for HM Magazine and authored by Kaitlin Reynolds.