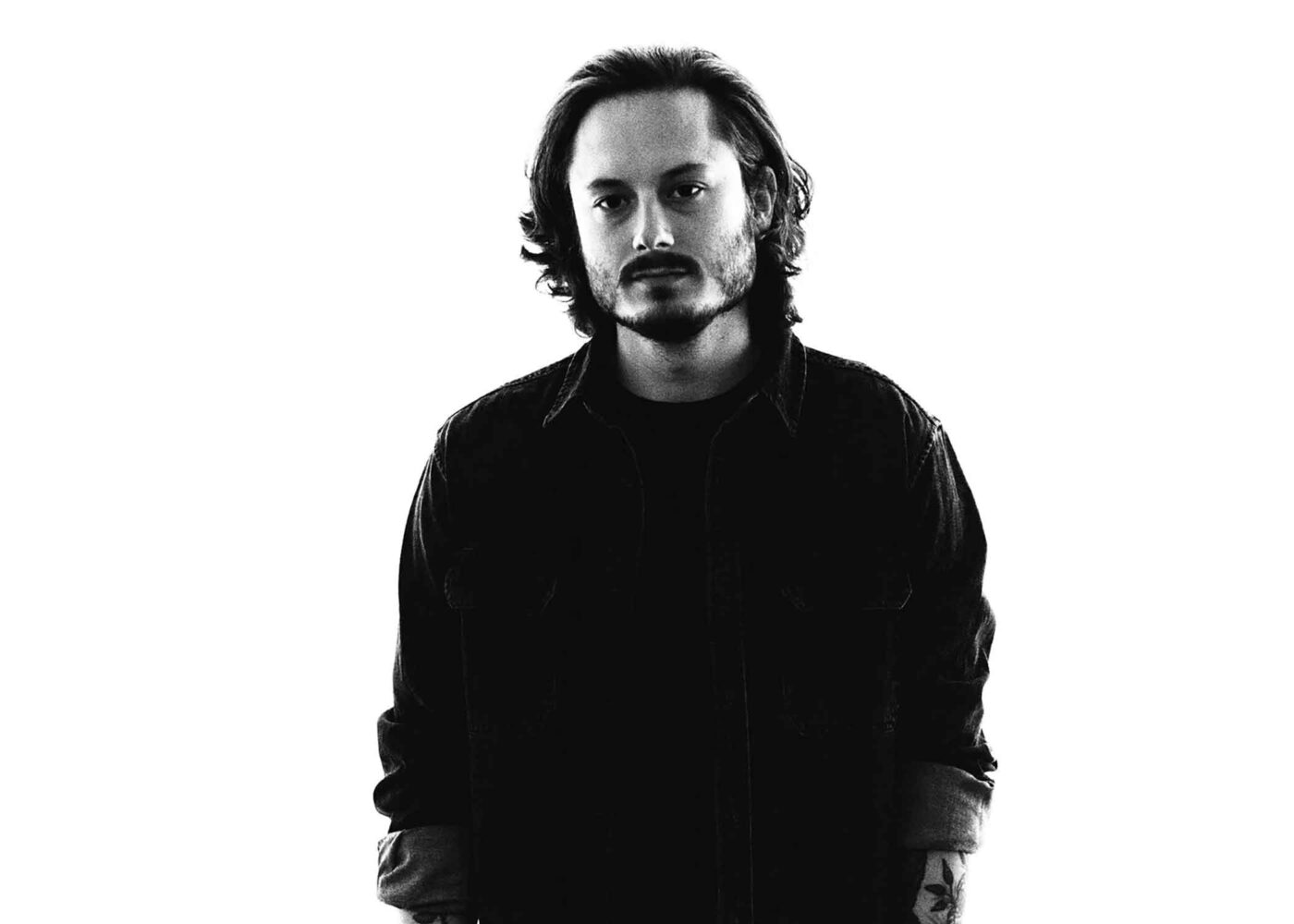 The world of metal and hardcore was meant to evolve, and, in its evolution, it’s created a myriad of subgenres. It can create perplexing output from bands, making it tough to categorize. The Drowned God is one of those bands, embracing metalcore, hardcore, aggressive alternative. The good thing about this conundrum is that it’s still good music. The band released their first album, Moonbearer, in 2017, followed up in 2019 with I’ll Always Be the Same, the first release after they signed with Solid State Records. The label has been known to sign bands with incredible talent, flying under the radar in an oversaturated market. Andrew Voigt, a contributing writer to HM Magazine, sat down with Cody Golob, the lead vocalist and one of the original two members of The Drowned God, to discuss their upcoming record, the inspiration behind his writing, and a mutual love for sparkling water.

You are currently based in Pennsylvania, correct?
Yep, inside Bucks County about an hour outside of Philadelphia.

Your band, The Drowned God, has two records released to date. Do you have plans for new music in the near future?
Yes, we do. We went into the studio in June around the height of everything going on – the pandemic and the civil unrest, which made for a surreal experience. The studio is called Machines with Magnets. We’re pretty fond of that place. They’ve recorded Daughters and Metz, which are a couple of our favorite bands. They let artists do what they want artistically and be as creative as they want. I really appreciated that about our producer, Seth (Manchester).

It’s a heavy, ethereal, and pummeling record. We have a couple of hypnotic influences in there, too, using repetition to our advantage and getting a couple of sounds stuck in your head just to mess with you a little bit. It’s definitely something that we’ve all listened to a bunch after we recorded it, and we’re consistently super proud of it – which is a great sign to us, personally. There’s something that we brought out in this new record that we can’t wait for everyone to hear.

I’ll Always Be the Same, your second and most recent album, reminds me of a blend of melodic indie alternative and metalcore. Is that an accurate interpretation?
Yeah, that makes sense. Brandon (Baun, bass/guitars) used a lot of his own influences from those genres – especially shoegaze – and also bringing it back to The Chariot vibes.

There is a band called Night Verses that reminds me of The Drowned God. Are you familiar with them?
I’ve heard of them; I haven’t listened that much, but I’ve heard teases on Instagram and I thought it sounded great. For me, when I listen to music, I’m kind of straying away from metal, which is pretty funny since we play heavier music. I tend to listen to bands like Torche and True Widow. If I listen to metal though, it’s usually Sumac or Cult of Luna. I’ll go back and listen to Underoath and Korn every once in a while. I’m in a Korn phase, for some reason. Untouchables is a perfectly weird record.

I have to ask: Where did The Drowned God name originate for you guys as a band?
So a lot of people know it’s from Game of Thrones. When we were thinking of a name, I remember our texts, and I think it was Brandon who sent a list of ten or so names and we voted on one. The Drowned God sounded like something that could be harsh and heavy but also beautiful, so it went with the music we were creating. So, no, we don’t really have a meaning behind it. If you search it on Google, it’s kind of hilarious. There’s, like, a weird conspiracy video game about all of human history being a lie. And then you have the Drowned God from the Game of Thrones. And then you have… us.

“It’s hard for me to grab onto one religion because I don’t want to say the other people are wrong who believe in a different God. I want everyone to practice what they believe and gets them to that heightened spirituality they’re seeking.”

Does spirituality or faith play a role in your life individually?
It did in my past a lot. I grew up in a religiously torn household. I lived in P.A. first, so I went to Catholic school and learned all about Catholicism. I moved with my mom to Texas and went to, like… It was fundamentally Baptist, kind of like when you see Jesus Camp. It was like that; it was the other side. So I fell away from that stuff, and I wasn’t really religious after I came back to Pennsylvania. I just wanted to feel normal again, because I had so much weird pull back and forth in my life. I started hanging out with some kids who were in the music scene and started playing music.

My wife is Christian, so that’s how it plays into my life now. To be honest, I don’t practice anything. I’m an agnostic where I believe there is a higher power but don’t understand what it is or could be. It’s hard for me to grab onto one religion because I don’t want to say the other people are wrong who believe in a different God. I want everyone to practice what they believe and gets them to that heightened spirituality they’re seeking.

Do you primarily write the lyrics? If so, what inspires you?
Yes, I do. With our past records, they’ve been pretty conceptual following a character’s experiences with love, loss, and depression. The new record is about the same character, but, this time, their experiences and feelings after death. It follows the character while they travel through a purgatory-like realm. I was inspired by the vibe of The Further from (the movie) Insidious. I wanted it to feel like the listener was in a vast, dark, empty dimension.

To be honest, when I was writing these lyrics, my mom passed away, and then it was my grandfather a month after. It wasn’t due to COVID, but the pandemic was starting to be at play. So it was like the world’s crashing around me, and I didn’t know what was coming next. I had to say goodbye to her like how we’re talking now (Editor’s Note: The interview took place over Zoom), which was weird, dude. I felt a lot of pent-up anger, so I’d say my lyrics are inspired by that, as well, on this record. I feel like that’s why I love the record even more so because I really enjoy the way it makes me feel, in a cathartic sense.

When I first heard your music, it reminded me of a blend of Further Seems Forever and Underoath.
That’s awesome. I love that you heard anything similar to Spencer Chamberlain in my vocals because that band got me into screaming music. Define the Great Line was the record I listened to religiously when I first got a car. I’d drive around aimlessly in Texas just blasting that record. I don’t really know the other band, but Underoath I’m down with.

With the year being so devastating to many industries, including the music world, how can fans best support you guys until touring resumes?
Of course, buying merch is always helpful. We have our own store that’s just ours. If you buy from our website, then that goes directly to us. If you buy on the Solid State store, then that helps us out, obviously, because they’re looking for good numbers. Any merch, physical music, LPs, CDs, that helps us out the most – though I do love to see people streaming our music because that’s going to entice new listeners to check us out when other listeners see higher numbers. It’s how humans are. We feel like we need to get this new record in the ears of everyone after this year (2020). 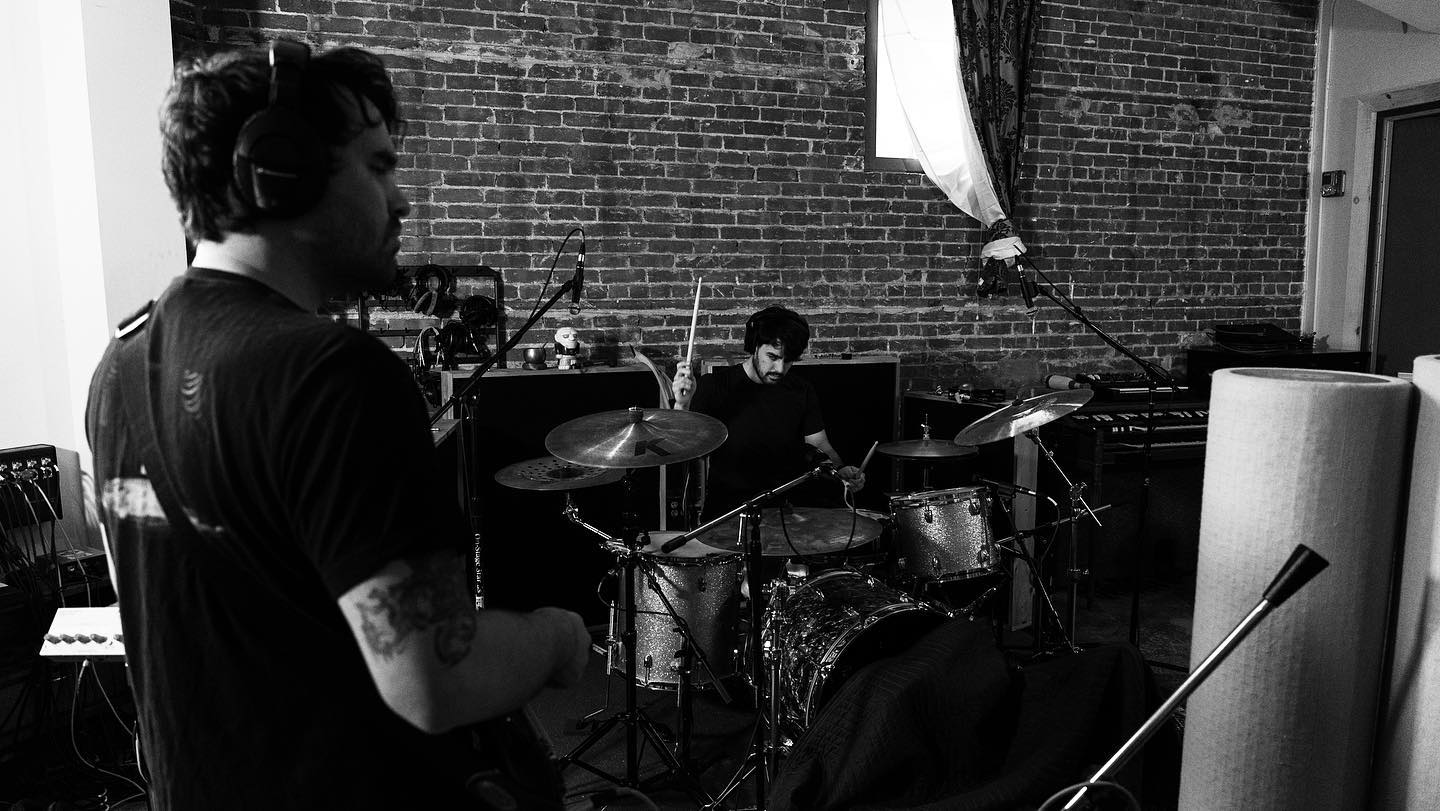 The Drowned God recording new music for 2021 in studio, Machines with Magnets

In a dream scenario, if you could tour with any band of your choosing, who would you pick?
That’s so hard. I have so many favorite bands, and it’s really hard to pick out a few. I’d tour with Underoath. I’d tour with Norma Jean. Yeah, I would still play with them, even though they got in trouble. Cult of Luna, Sumac, Deftones, Cult Leader to name a few more. It’s hard to pick, man.

What have you done or accomplished during the pandemic that was weird or bizarre?
The band recording the record was weird, dude. We were in Pawtucket, Rhode Island, which is where the studio is. When we were recording – this is something I never thought I’d be dealing with – there were Black Hawk military helicopters because we were near some of the protests. We were outside around midnight because we were just having a good time. There was this helicopter circling us and doing scare tactics to make us go back inside and flying super low with a guy leaning out the side with his gun. So that was kind of weird. It felt like I was not in America.

On a total aside, I see you’re drinking La Croix, which is a favorite of mine. Which flavor is that one?
This is Peach Pear. What are your favorite kinds?

I’m addicted to those things. My favorite is probably limoncello.
My dude! Sorry, I got super hyped about that.

My last question for you is properly focused on The Drowned God. You guys have had some lineup changes. What can you tell us about that?
My bassist was falling off, and you could tell he wanted to go in a different way in life. We had to part ways, so that happened, as well, in the writing process of this record. Brandon, who is the main guitarist and writes the skeletons of the songs, we were the first members. He now plays bass on this new record and also recorded guitar with our other guitarist, Lucas. Now we have a great friend of mine, Josh Mitchell, on guitar. I couldn’t be more excited about where the band is headed.

The Drowned God was posted on February 3, 2021 for HM Magazine and authored by Andrew Voigt.