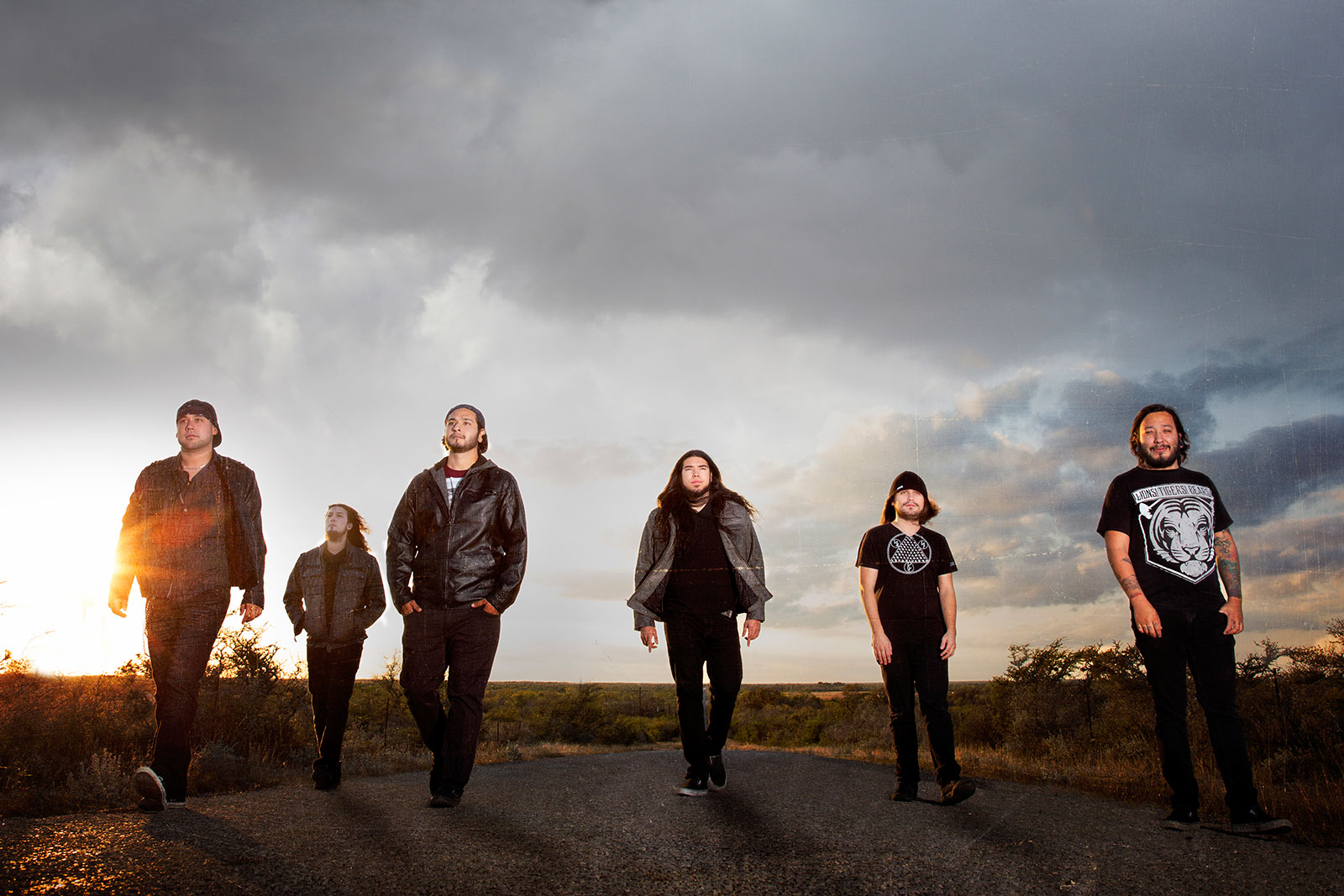 Texas metalheads with dreams of shredding and glory? Shattered Sun can wake up now. It’s happening. HM’s Ben Rickaby gets with vocalist Marcos Leal to talk about the important things in life: Texas and barbecue 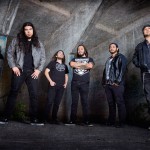 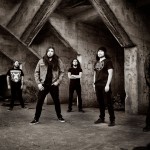 Why don’t we start off with a little background about the band?
We’re Shattered Sun from south Texas. Alice, Texas to be exact. It’s about a 30-minute drive from Corpus Christi. We’re six guys who have been jamming together since we were 13, doing the whole cover band thing coming up. So it’s all been a dream come true these last couple of months.

How did you guys get hooked up with Victory Records?
It started out through management. We had been looking for a label for awhile, and we had been talking to a few. Victory was the one we were always interested in, and they were interested in us. So at the end of the day, we wanted to go with the label that truly believes in us and believes in the project and what we’re trying to do. As soon as we got hooked up with them, then everything started to happen. I have to attribute a lot of it to Johnny Z, Chuck Billy and Maria Ferrero. They’re the ones who got this deal pushed through.

This is your first record. How was the writing process, and how did your time in the studio go?
It was long (laughs).

It was a long process and we really wanted to put a lot of time and effort into this album. We started recording this before we had management and before Victory was even in the picture. From day one, we knew when we wrote this album that, not only did we want to attract the major labels, but we also wanted to appeal to a wider audience and not just strictly heavy metal fans.

But, yeah, it was awesome. The experience in the studio was fun. We got to record with a guy from Corpus Christi, TX named Robert Beltran. He’s been with us for three or four years already. It’s pretty huge, and it’s always great working with friends.

Did you guys bring in material you had written previously or did you write everything while you were in the studio?
Everything was new. We started from scratch. Our previous EP, Confessions, was something we were proud of. Once we were finished, though, those tour cycles weren’t really satisfied musically, and we weren’t really satisfied with what we were putting out. We knew we had better potential, so we went into the studio with the agenda to make a better album and to be a better band. We wanted to try and appeal to a broader audience then we had before.

What influences did you guys have when you wrote the new record and with your new sound?
Oh man, there are so many. When we went into the studio, one of the first things that popped into our heads — we brought up on old-school music like Metallica, Pantera, Megadeth, bands like that — and the one thing we said all those bands had, aside from all their amazing talents, was that they just wrote great songs. Songs that last.
So we wanted to kind of take that approach. We wanted to write great songs. We aren’t the most technical band, and we aren’t trying to write sell-out choruses. We just wanted to write great songs that would be timeless. So we mixed in a lot of those old-school elements with the bands that we grew up listening to like Korn, Slipknot and Machine Head. Those bands really influenced us a lot, and they changed the game. That was what we were trying to do as well.

Yeah I’ve listened to the album a couple times and I noticed it has more of a classic metal sound than most of the post hardcore bands that are out there now.
Yeah man, thanks.

What are some the themes you touch on with the record?
One of the things that has always been a huge pet peeve of mine, ever since I was younger, is that just because you scream, people automatically think you’re summoning Satan or something. I always thought it was so stupid. But this album, in particular, I really wanted to empower people with the lyrics, and I really wanted to put out a positive message. What I was trying to go for was — the title of the album is called Hope Within Hatred — about having hope within humanity and having hope within people. It’s stupid to think you can get past the negativity in this world, but one thing people seem to forget is that we still can believe in each other. We still can believe in ourselves, and at the end of the day, that’s really all we have. Every song is a different story that ties into that theme.

It’s something I’m very proud of. Like, “Ultimatum” is about how people rise up from when people are kicking you when you’re down. Coming from Alice, people always told us we’re never going to make it out of Alice, Texas. You’re never going to be able to follow your dreams.

Are there any songs on the record in that you’re excited for fans to hear or are particularly proud of?
Yeah. I’m super excited for people to hear “Burning Regrets.” That’s a very personal song. It’s all about one of the biggest regrets of my life. My grandmother was diagnosed with cancer. Most people, when something like that happens, tend to get closer to their family. With me, it kind of sent me in the wrong direction. It pushed me down the wrong path, and I distanced myself from my family. I lost my grandmother. It’s always been one of the biggest regrets of my life, and that song is an apology to my grandmother for not being there. So that’s a really special song for me.

Also “281.” It’s a pretty simple message about coming home, but the reason it’s called “281” is because every time we come home from touring, we have to drive through San Antonio and we have to hit a highway to get to our place in Alice. That highway is 281, and whenever we see that sign, it’s a big sigh of relief because it two hours and we’re home. I think people can kind of resonate with the meaning of that song.

Let’s talk about your upcoming tour with Exodus and Testament. You excited?
Fk yeah, man! It’s a dream come true for us, and, I say it all the time, opportunities like this don’t come to bands like us from small towns. We’re going to take this opportunity, and we’re going to run with it.

Sounds like you guys are taking off really fast.
Yeah, that’s what it feels like. It feels like a dream come true. That’s the only way I can really put my finger on it. I’m thankful for all the support we’ve had so far from everyone here in Texas and around the world. We genuinely appreciate it. We set out to be a fan-oriented band. That’s what we’re about, and what we’ll always be about.

So now that you’re going out on tour with Exodus and Testament are there any bands you want to hit the road with?
Yeah, man. I’m a huge, huge fan of Machine Head. Robb Flynn is one of my idols and influences, and I would love to tour with them. It’s always been a dream of mine, and — I don’t know if it’ll ever happen or not — but I’ve always wanted to play at least one show with Metallica. Johnny Z is our manager, and all that history between them? It would be awesome if he were ever to make that happen, though it would probably be years down the road. It’s always been a dream of mine.

I saw you guys have barbecue at you’re shows sometimes.
Yeah! It’s not something we do at shows too much. It’s mostly just special occasions that we’ll do that. Barbecue is a big thing for us. It’s a family tradition kind of thing. You know, Sunday afternoons, football games, the whole family is around so of course you cook up some barbecue. It’s actually a funny story because the first time we met Chuck, Billy and Johnny Z, they flew to Texas to come meet us. So the first thing we did for them when they got here was we barbecued for them.

So, being from Texas, I’m guessing you guys are brisket guys.
Oh, yeah. To clarify, I’m mostly the one who barbecues; the rest of the guys just sit around and eat it. And I’m a huge brisket guy.

I’ve perfected my craft at barbecuing after years and years. I’ve been barbecuing since I was a kid, so it’s my second passion next to singing!

Shattered Sun was posted on April 17, 2015 for HM Magazine and authored by Ben Rickaby.