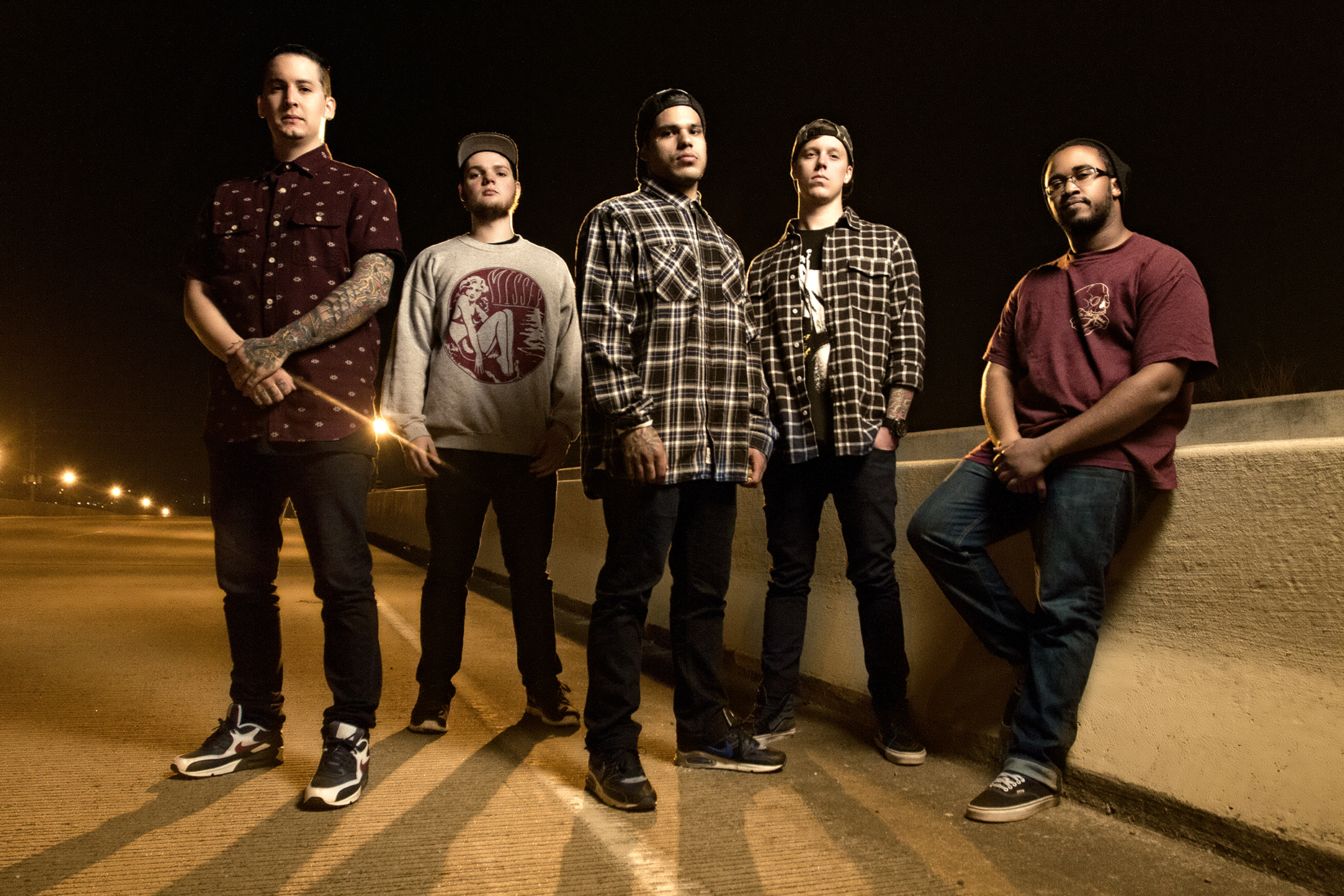 Nothing Till Blood is back with a new frontman, and HM's Rob Houston catches up with bassist Matt White

Nothing Till Blood came out of nowhere a few years back with their crushing Strike First debut. Now they have a new singer, a new sound and a fire in their bones for the gifts God has given them. With the premiere of their new video for the single “Life Cycles,” we had to get the scoop on what life is like with the boys these days. I had the chance to spend a few fun-filled hours with bassist Matt White before they hit the road with The Great Commission and Those Who Fear.

For those who have forgotten who you guys are or who have never heard of you, tell our readers who you are.
We are Nothing Till Blood from Birmingham, AL. We are a Kingdom-driven band. We value brotherhood, and look at each other as family, to every degree. Whether that be lifting each other up, rebuking each other or just simply being there. Our vision for this band is to build character within our members, and qualities that will last us for the rest of our lives.

It has been two years since you guys put out your debut album, and now you guys are free agents with a new vocalist. A new frontman can make or break a band. How do you guys feel with the new vocalist and direction you guys have been going in?
We are absolutely pleased with our new vocalist and the direction NTB is going. Hector has been a great friend of ours for years, and we’re so honored to have him on the team. He’s truly a brother, and we’re definitely called to run with him.

With being free agents what are your plans on getting a new record out?
We’ve been patiently waiting for the right door to be opened. We are not in a huge rush to release the new record because we want it to reach its full potential.

You guys are about to a east coast run with The Great Commission and Those Who Fear. What does this feel like, ending your summer with two big hitters?
We love The Great Commission and Those Who Fear, they’ve been our boys (and girl) for years. We can’t wait to spend time on the road with them. Our relationships will continue to grow and many more memories will be made.

I saw The Great Commission in Dallas on the Scream the Prayer tour. (TGC vocalist) Justin (Singh) told over 700 kids from stage to go watch “Life Cycles” when they got home. They are really rooting for you guys.
What? Justin is the best. We love him and we are thankful for TGC’s support.

Speaking of “Life Cycles,” why was that the song you guys picked for your first single out of the new material with Hector?
“Life Cycles” is a summary of the album in one song. It’s literally a song written about our lives and the things we’ve gone through over the past three years, both in early NTB and with Hector. We had a good friend take his life recently, and we thought, “What if he heard this song before he made that decision?” We feel like this song brings hope, and gives you something to stand on.

This was third music video you guys have done. Most bands either love or hate doing them. How was the experience this time around compared to the last?
“Stands True” was shot at a show on tour, “Forever Forward” was shot throughout a tour, and “Life Cycles” was a designated music video shoot based on a performance. We slaved for about seven hours in the Forge, our local Birmingham venue. (Director) Luis Descartes is a great friend of ours, and he is great at what he does. He’s our go-to guy now for photos and video.

Being from ’Bama, you must get that the band is a Gideon rip-off. How are you guys getting away from that stigma with the new sound?
We’ve been a part of the same music scene as them for years, and we love them. We like what we like, and we happen to be from the same area. Truthfully, we don’t ever hear anything about our bands being similar. If it’s talked about, we don’t hear it.

I read a comment on YouTube that said, “If you were going for the Facedown (Records) metalcore sound, you nailed it.” A lot of bands are doing the sound you guys have. How are you guys making it your own and not generic garbage?
Well, we didn’t nail it too hard considering we aren’t on Facedown (laughs). People’s definition of “generic” changes every day. We’re just going to write music we love and will want to hold on to for the rest of our lives.

Most touring bands are stoked for the sights. Some love eating at places they don’t have back home, and Josh Miller (Those Who Fear) is always looking for sweet fly fishing spots. What do you guys look forward to on tour, besides playing shows, hanging out with people and changing lives?
We love going to food places that are exclusive to certain parts of the country, and we love the biggest, best gas stations you can find (laughs). Other than that, there’s so much to see from the van windows.

What are some of the gas stations you are excited to visit on this next tour?
We’ll be up north, so Sheetz!

Do you guys work out while on the road? Who is the gym rat in the band, if anyone?
We always go on tour with the intentions of working out, but it never actually happens (laughs). We bring weights, perfect pushups and running shoes … They never get touched. While at home, a couple of us stay on the workout grind, for sure though.

If I was to take a look at your guys tour music collection what would I find that is not heavy?
A lot of worship music, Angels and Airwaves, Blink-182, City and Colour, The Story So Far, and Hector listens to Demi Lovato (laughs). Everyone has earbuds in the whole time, doing their own thing, so there’s a lot of music I’m not even sure about.

Are there ever any Tommy Boy-style crying sing-alongs?
Occasionally! From gangster rap to Backstreet Boys, we get down sometimes.

I would love to see you guys cover a boy band song. If you did, what song would you guys turn heavy?
I can’t speak for the band on this one, but for myself it would be a Backstreet song.

Nothing Till Blood was posted on August 13, 2013 for HM Magazine and authored by Rob Houston.