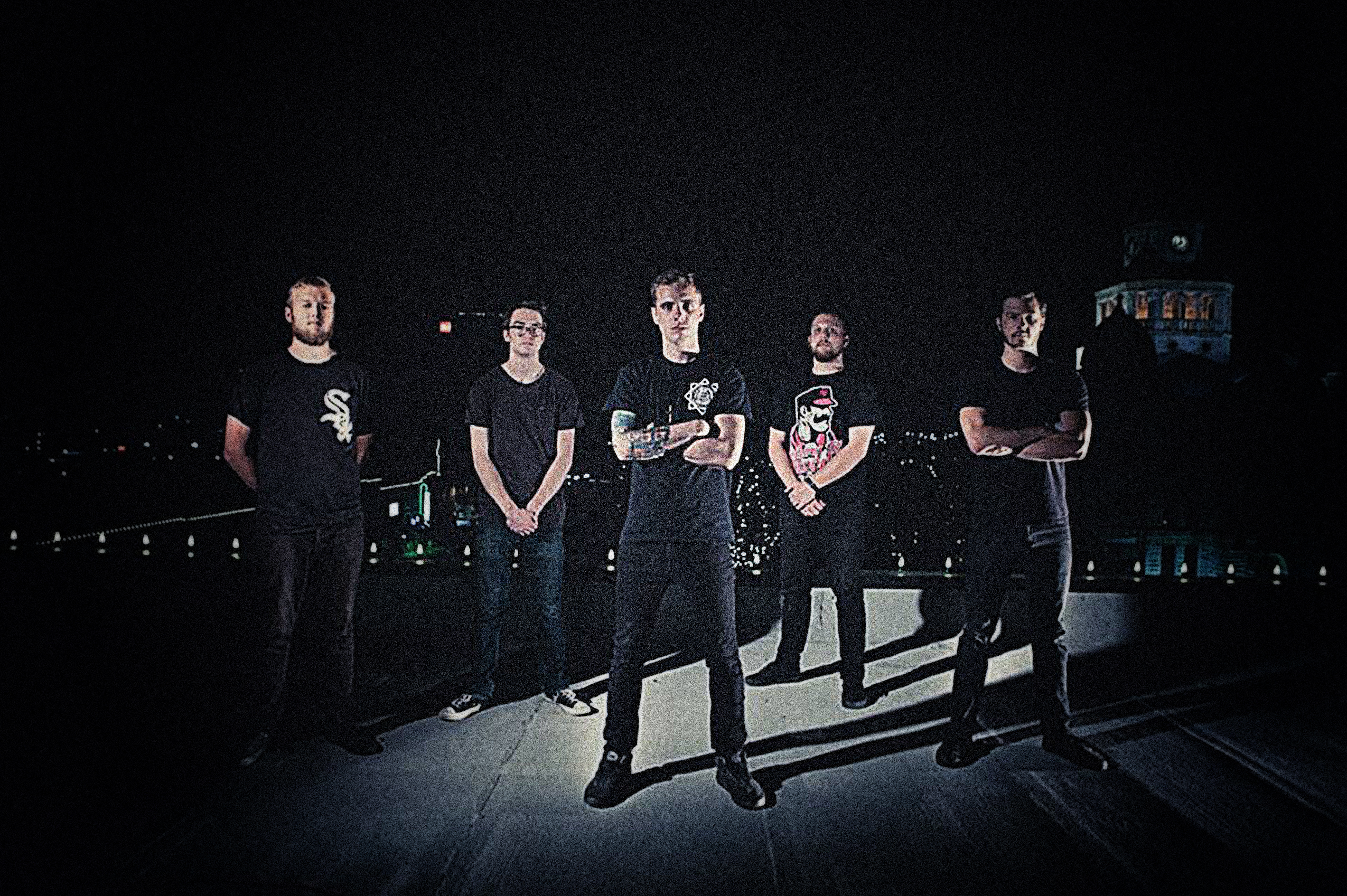 Two Ears, One Mouth of the South

Striving for honesty, Mouth of the South gets raw and open with 'Transparency'

Mouth of the South is a North Texas metalcore band that has been making noise for some time now. This year, we finally get to see their first full-length album, Transparency, come to fruition. These guys have been playing huge shows with bands like For Today and The Chariot. This summer, they are opening the Dallas date of Scream The Prayer. I had a chance to set down with the two axemen of the band, Tanner Allen and Michael Butler. We talked about the new album, playing shows, being a ministry-focused band and living in a house in a college town.

Please tell us who we have the pleasure of interviewing and what your weapon of choice is.
We are Tanner, the new guitarist, and Michael, the other guitar player.

Wonderful. So for the readers who are not familiar with Mouth of the South, what kind of music you play?
We are a ministry-focused, metalcore band from Denton, Texas. We’ve been compared to bands like A Plea for Purging, Legend and Gideon. Although we love to write and play heavy music, it is our primary goal as a band to spread the good news of the gospel of Jesus Christ.

Why did you guys choose to be “ministry-focused” band and not just “Christians in a band?”
The answer to this question is a very simple one: We firmly believe the good that God has to offer this world is so much greater than anything we could offer apart from Him. If we were simply “Christians in a band,” then we would be acting as if we didn’t truly believe that the Kingdom of God is greater and more important than the kingdom of man.

You guys are coming out with a new record this month, Transparency. Can you talk about the writing process, as well as some of the themes we will find lyrically?
The writing process was crazy. We were originally planning on making it an EP, and we decided, last minute, to write some more songs to make it a full-length. This put us in a pretty huge time crunch. We isolated ourselves on a farm in Oklahoma for two weeks, and we just wrote every day from 9-to-5. I think this ended up being good for the album because we had to go with our creative instincts. I feel like the end product flows really well because of this. The lyrical theme of the album is just what the title suggests: transparency. We have a strong belief that, as Christians, we have the responsibility to be completely open and honest about our flaws and doubts. There are too many Christians in the world who are concerned with the appearance of righteousness, and that’s just not what Jesus is about. The lyrics of this album are super-raw and honest, and that is what we want to strive for as a band.

Where did you record the album? I know you have recorded a few EPs, so what did you guys do differently, and what did you do the same this time around?
We recorded the album with Ryan Harvey from Catharsis Studios in Broken Arrow, OK. As far as what we wanted to do differently, we obviously wanted it to sound better than anything we have previously released. This meant we had to go to a higher end studio, but, unfortunately, we didn’t really have the kind of money that we would have liked to spend on the recordings. Luckily, Ryan is completely reasonable with that kind of thing, and we ended up with a really amazing sounding album.

What tricks did you guys use to make you sound better than past recordings?
As a guitarist, I can say that I pushed myself musically while in the studio more than I ever had before in my life. I had to adjust and improve my technique a ton. That being said, I walked out of the studio a much better guitarist than when I walked in. We also recorded all the guitars on low gain, and this forced us to rely more on our technique and less on effects. And above everything else, we just wanted a good sounding album so we pushed ourselves. We made sure to be overly critical about everything that was going end up on this CD. We’re really happy with the end product, and I can’t wait for it to release on July 2.

You guys just put out a music video for “Uprooted.” I know, for a lot of bands, the first music video is hell to make. Was it an easy or difficult process to film it? Can you talk about where you filmed the video and your experience?
I don’t know if I would say it was an especially difficult process, but it was definitely tricky. We did our video on top of a seven-story parking garage two blocks away from our house in Denton. We tried to contact the people who ran the garage to ask permission, but had a hard time getting a hold of them – so we just went ahead and hoped for the best. After we started filming, a cop came up and tried to shut us down because it was super loud and apparently you could hear us all over town. As we were trying to respectfully work out some sort of negotiation with this cop (AKA sweet talking him), another cop came up and told us we should be good unless they got any more noise complaints. If it hadn’t been for that second cop, we would have had to scrap the video and do something else from scratch another day. Overall, it was a really fun process. We got to meet a lot our fans that day, and just hang out with them. We couldn’t be happier with how it turned out.

You guys have played some big shows in the Dallas/Fort Worth area. Do you have any plans in the record cycle for this new album for tours and shows?
Our next show is our CD release show at Tomcats in Fort Worth. We’re playing with some bands that we have become really close with over the years, so it’s going to be really fun. We have high hopes of selling out this show. The people in our hometown are incredibly supportive of our band, so this show will be awesome no matter what. We’re also playing Scream the Prayer in Dallas. It’s been one of my dreams to play Scream the Prayer for a long time, so that will be unreal. We also have a few really cool tours booked right now that we unfortunately can’t release yet, but be on the lookout for Mouth of the South in a town near you!

What are some interesting or funny facts about the members of the band?
Thats a good question (laughs). Well, for starters, we all love to have a good time and act super goofy. Our new guitarist, Tanner, claims to be a wizard and sometimes it’s actually believable. He has many magical powers. Colton, our bass player, got bucked off of a bull when he was younger, and now only plays with three fingers on his left hand due to his destroyed wrist. Josiah spends a great amount of time getting ready, blow-drying and hair, spraying his hair to look premium for his day-to-day life. Kane is … Kane, he has a large collection of Legos and Nerf guns he tends to regularly when he is not working at the sushi restaurant across the street from our house. Last but not least, Michael has the wonderful nickname and title of “Buttz” due to his last name being Butler. Other than that, we all enjoy climbing on top of buildings, finding interesting places to swim while on the road and we all enjoy a good chick flick now and again.

How long have you guys lived together as a band? Do you guys get along, and have you had any crazy fights where things were broken?
We have lived together since October, so almost a year now. We are all really different people but we get along really well. We consider each other family and love each other very much. We get annoyed with each other at times, and we will have the occasional fight, but we all know that it doesn’t ultimately come between us. Accountability and openness plays a huge role in the dynamic of this band. It’s really difficult at times, but it has made a huge difference in all of our lives. All of that being said, no “Jerry Springer” moments so far.

Mouth of the South was posted on July 16, 2013 for HM Magazine and authored by Rob Houston.