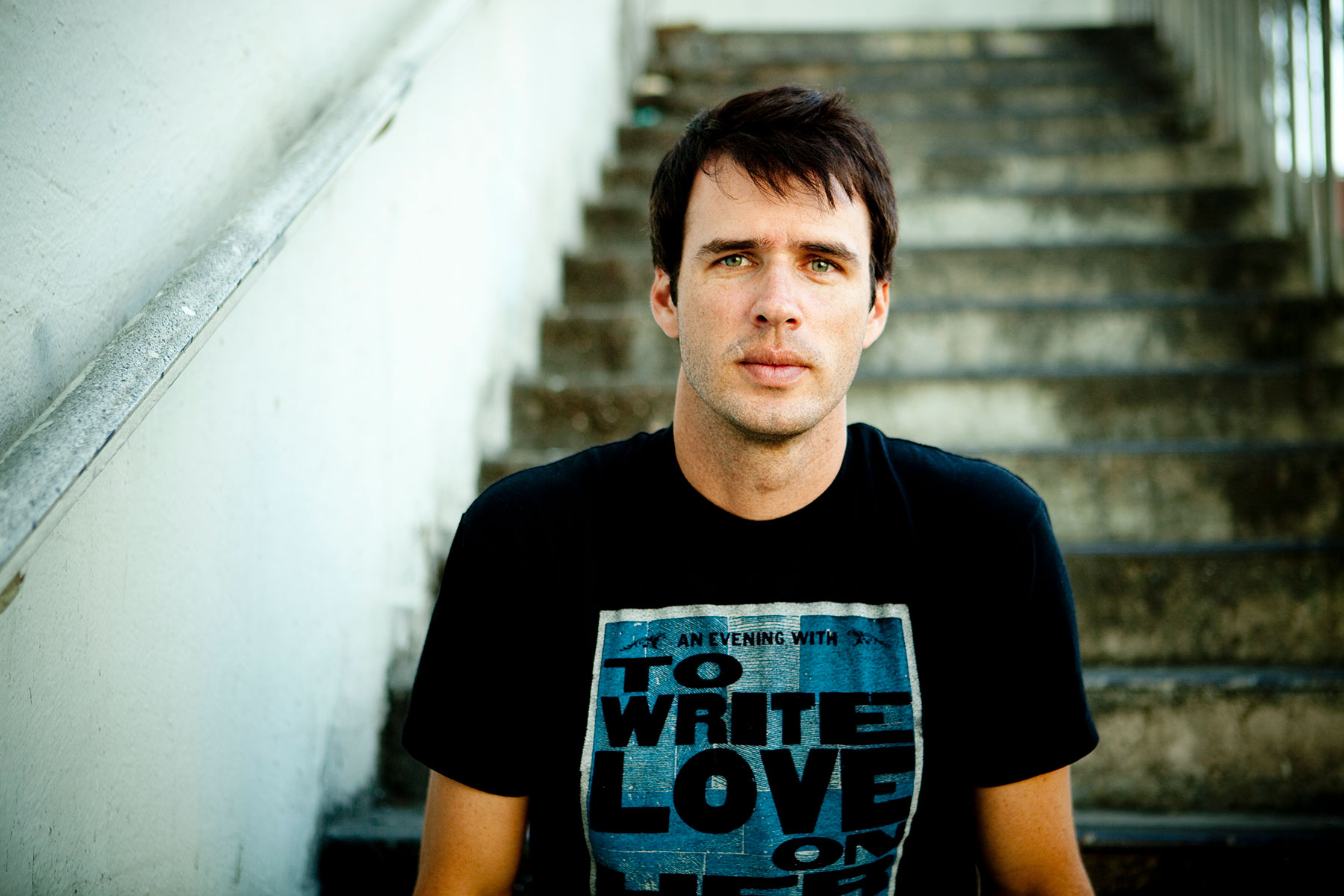 To Write Love On Her Arms

To Write is to Love

After the publication of If You Feel Too Much, To Write Love on Her Arms founder Jamie Tworkowski joins limited company on the New York Times Best Seller List. Now, after its success and an extended edition, Tworkowski opens up about what it means to him

Jamie Tworkowski may be an unlikely crusader. A tall and soft-spoken surfer, Tworkowski has led the love movement through his nonprofit organization, To Write Love on Her Arms, for over a decade now. The rise to notoriety began with a viral story in the MySpace era, a feat that would more than likely be lost in the void had it been presented in today’s social media landscape. Thankfully, Tworkowski’s message came along at the right time, allowing TWLOHA to take off. The organization has raised awareness and funds for those struggling with depression, self-injury and suicide, even spawning a movie starring Kat Dennings and Chad Michael Murray.

“I would rather live with a monument than a ghost. A ghost is something from the past that haunts you, but maybe a monument is simply a way to honor something that happened.”

In 2015, a collection of stories relating to the organization and its founder was published under the title If You Feel Too Much. The stories resonated strongly with supporters, earning the book a spot on the New York Times Best Seller List. Tworkowski’s heroes, such as Donald Miller and Bob Goff, have previously accomplished the achievement, and the continued success of the book has earned it a new, extended edition, recently released, with new material focusing mainly on a lost love. If you’ve spent any time at a major festival in the heavy music scene, there’s no doubt you’ve seen shirts and merchandise floating around with ‘TWLOHA,’ their booth prominently patronized, replete with smiling faces and an ear for any problem you need to get off your chest. We briefly spoke with Tworkowski to deconstruct the difficulty of sharing your most personal thoughts with the world.

Your stories have always had a large impact on people, but how has your perception of these stories changed since the book has been out?
It’s been a privilege to be able to share my stories and to see people find hope in them. I’ve heard Donald Miller say that a story is a sense-making device. I certainly write to make sense of things. If my writing can help other people feel less alone, I don’t take that for granted. 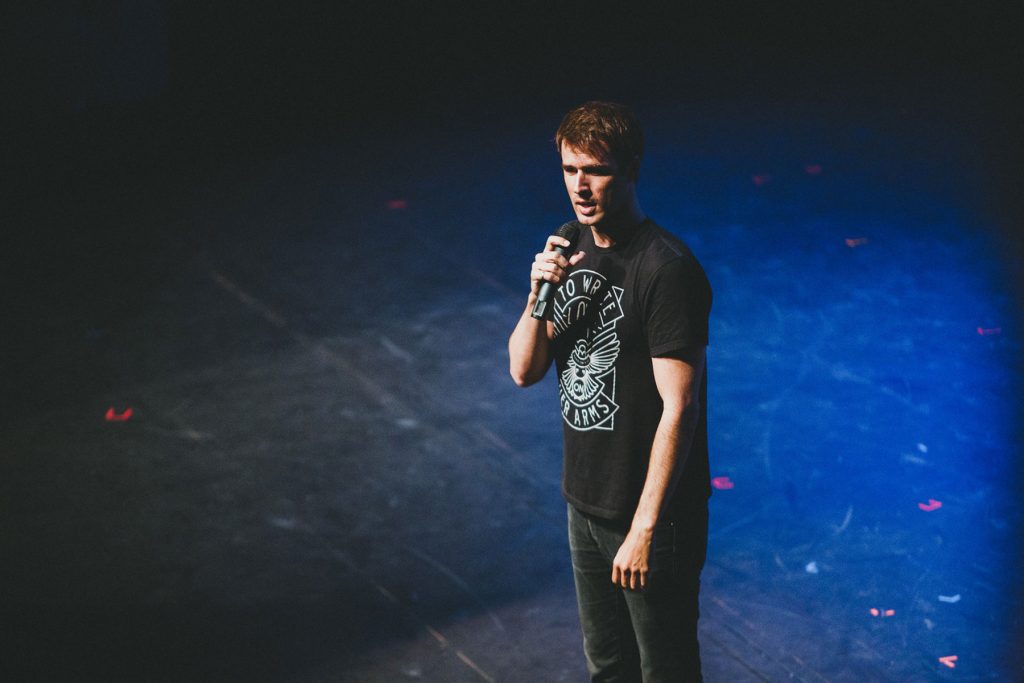 The additional stories (in the extended edition of your book) are largely about a lost relationship in your life. Did you have any hesitancy sharing these stories? How did writing/sharing them help you cope?
I was definitely nervous about sharing something so personal. Both my sister and a close friend encouraged me to be careful, because how I felt when I was writing is not how I’ll feel forever. I’ve had the thought lately that I would rather live with a monument than a ghost. A ghost is something from the past that haunts you, but maybe a monument is simply a way to honor something that happened. Maybe I needed to tell these stories in order to move on.

You’ve been writing for years, but this is your first book. What did you learn about yourself as a writer while crafting If You Feel Too Much?
The book is unique in that it’s a collection of writing from the last ten years. So it wasn’t the traditional “writing a book.” I realized that I had written a lot that I was proud of, and I wanted those stories to have a home. The first agent I spoke to told me the book wouldn’t sell. It felt good to prove her wrong, and so much of that came down to finding an agent and a publisher who believed in what I was hoping to do. 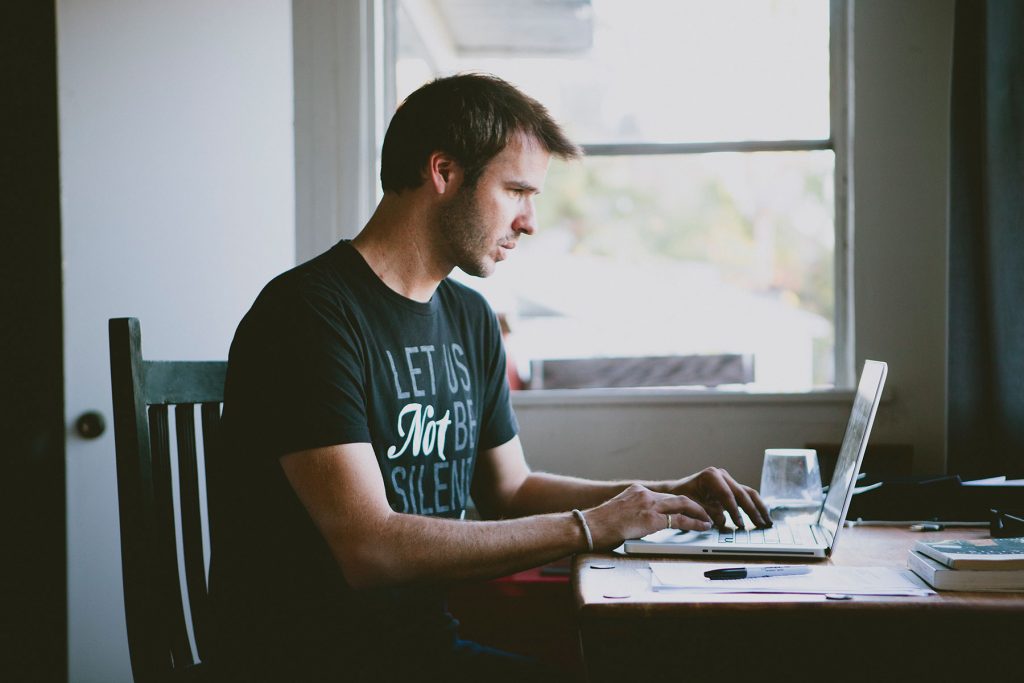 Now that you’ve seen the success of your first book, both commercially and on a more personal level among supporters, do you think there will there be more books?
I’ve heard that once you get a tattoo, you’ll want to get more tattoos. Maybe it’s the same with writing a book. Right now, I’m on the road promoting the expanded edition, but I’ve started to work on book number two. I know it’s rare to be in this position, having a book published and seeing it do well. It means I have the opportunity to do that again. I don’t take that for granted.

For more info on To Write Love On Her Arms, please visit TWLOHA.com.

Jamie Tworkowski was posted on September 25, 2016 for HM Magazine and authored by Jameson Ketchum.